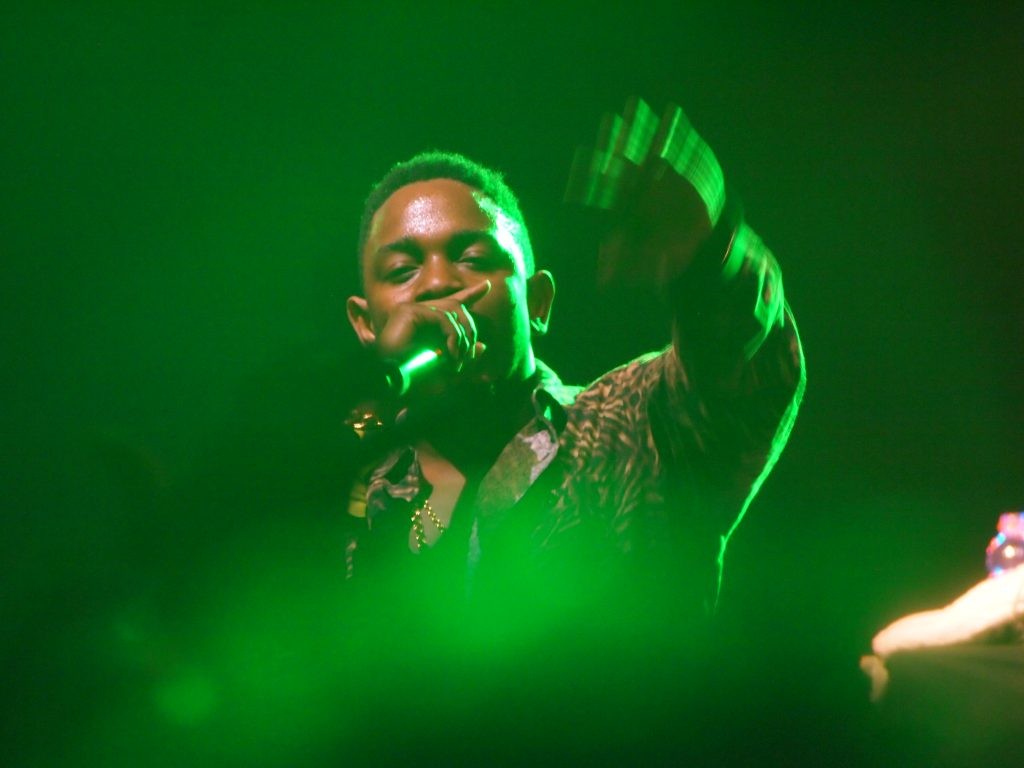 In an unpredictable turn of events, a Marvel Comics’ “Black Panther” plays catalyst for what can effectively be called a “half” Kendrick album. Lamar’s initial plan was only to perform the occasional guest verse on the new film’s accompanying soundtrack, but after seeing more of the movie, Kendrick was moved to have greater input. The Compton rapper then took it upon himself to curate the tracklist and spearhead the album’s artistic direction.

It’s no surprise Lamar would feel compelled to take on the soundtrack the way he did. Parallels can be drawn between the themes of “Black Panther” and those found in his own work: black identity and empowerment, oppression, social politics, etc. A few times on the record, King Kunta raps from the perspective of King T’Challa, the film’s protagonist, and does so with intense fervor suggesting a heightened connection between the spitter and the character.

Throughout the album, Kendrick’s powerful presence dips and dives out of view just as fast as it enters. But when he sticks around to deliver a loaded verse or a nasally chorus, his raw vocals leave deep impressions. In the somber opening, “Black Panther,” his shuffling poetry meekly defends itself. Later, with the beat’s sudden shift to darkness, Lamar’s tone strengthens with frustration, only to work its way back to a vulnerable croon.

Lamar has a way of making his raps sound conversational, and his words come off as more sincere because of it. You get his candid takes on race, authority and his past. When caught in a bout of love on “All The Stars,” Kendrick cleverly puts on a nonchalant bravado. He’s violent on “Opps,” grasping at his fleeting self-control. And, perhaps now common with Lamar, he lands on these phrases that manifest into stressed slogans: “Are we on ten yet?” on “X,”  “I wish a nigga would” on “Paramedic!,” and “Why you emotional?” from “Big Shot” being exemplary examples.

Behind Lamar, an ensemble of performers contributed to the soundtrack, including most of his Top Dawg Entertainment outfit and a handful of South African rappers. Among the best: SZA’s tender swoons embody pain, guilt, and yet triumph. 2 Chainz’s grounded rhymes and decent similes coalesce with the echoing movements of the beat. Vince Staples’ smart, powerful lyrics are steeped in trickiness — “Brothers die, ‘cause coons turn to butterflies.” And the handful of verses rapped in the Zulu language — one of South Africa’s many dialects — align the album closer to the spirit of the film. Ab-Soul, Khalid and the Weeknd also turn in worthy performances.

The production list also has a number of contributors. Sounwave, Mike Will Made It, CuBeatz and Frank Dukes are multi-contributors, while names like Robin Hannibal and BadBadNotGood handle stand-alone tracks. The beats are mostly trap and are heavily bass-washed, with some being more rooted in Eastern influences, R&B sensibilities or standard pop movements.

Many songs open with tribal textures, the striking of a flame (albeit seemingly from a lighter) or electronically-tinged drum pounds. If it weren’t its ethnological connotations, the album sounds more like an atmospheric, futuristic production, making it a stronger stand-alone force in the hip-hop community.

Through the efforts of the artists, “Black Panther: The Album” can function as an independent entity, with enough merit to be scrutinized similarly to other non-soundtrack records. Despite some forgettable performances from the myriad personnel on the album, it still holds weight in the discussion of the best hip-hop albums released within the first two months of the year.

Listen to the album here: