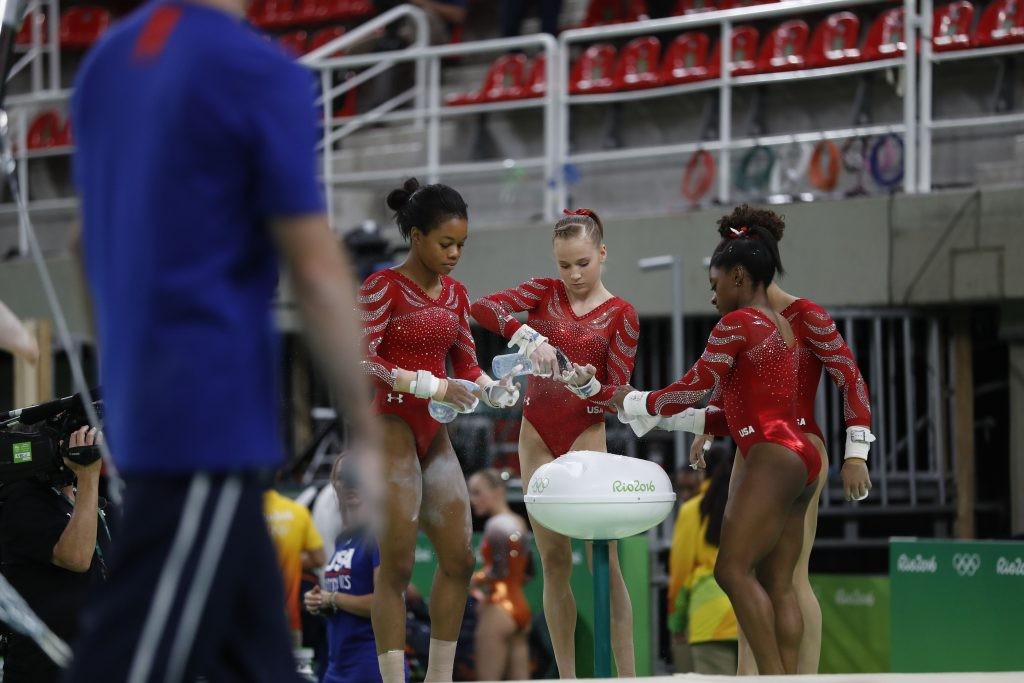 The atrocity of sexual misconduct in national sports organizations goes beyond Larry Nassar, a recently convicted serial child molester who was part of the USA Gymnastics organization. Nassar and others involved are currently under fire, but we have only skimmed the surface of the rot that is defined as the “culture of abuse” in athletics.

On Jan. 24, after hearing statements from over 150 of more than 265 victims, Nassar was sentenced to 40 to 175 years in prison for sex crimes. For decades, Nassar has molested and assaulted young female athletes under the guise of medical treatment. The fallout is immense. Nassar’s sentencing and the testimony of athletes has provoked the other shoe to drop. Michigan State University employed Nassar, and the university received and ignored reports of his sexual misconduct. The upshot; MSU athletic director Mark Hollis resigned, followed by university president Lou Anna Simon. The United States Olympic Committee (USOC) demanded that every board member resign or USA Gymnastics would lose their accreditation. Since then, all of the USA Gymnastics board members have stepped down. Many sponsors of USA Gymnastics, including AT&T, Procter & Gamble, Hershey’s, Under Armour and Kellogs have withdrawn sponsorships.

The Nassar case is a prime example of the culture of abuse. This refers to the hook that keeps athletes engaged in a relationship with a coach or doctor that may be unhealthy or abusive. This hook could be anything from a scholarship to a spot on the team.  In the Nassar case it was the aspiration of participating in the Olympics.

Although this is the most recent example, it is not the first time an individual has abused their power and violated an athlete, and it won’t be the last. In 2012 Jerry Sandusky, Penn State assistant football coach, was convicted of being a serial rapist and child molester. But this trial has not changed the way America sees football.

These are not isolated incidents. Sexual assault of athletes is a widespread issue and the number of young athletes who fall victim to sexual misconduct from coaches and doctors is staggering. Worse yet are the victims whose stories go unheard and are thus left without justice. According to the National Institute of Public Health of Quebec, eight percent of youth athletes are victims of sexual abuse.

In response to the Nassar trial, everyone who had any involvement was severely punished.  This is what should happen every time an incident like this occurs.  USA Gymnastics took incredible steps to prevent this from happening again and has cut ties will all involved. The question remaining is how we can prevent this from happening across national sports organizations. Doctors and coaches should not be allowed to perform procedures on athletes alone. In the Nassar case, he claimed to be performing medical procedures; there should be another doctor or official present during such invasive procedures.  We need to implement stricter policies and hold administrative individuals accountable to these policies.

The ramifications of this trial are colossal and have permanently changed the way the world sees USA Gymnastics. The gymnastics program nationwide will forever be changed to ensure that nothing like this happens again. Or… at least that’s what should happen. But will it? If history were to repeat itself, this will one day, all too soon, be forgotten — ten years from now another doctor or coach could make the same horrific decisions as Nassar. When scandals like this happened in other athletic organizations, such adjustments were not made. As fans, we bear some of the blame too, because we value entertainment more than the health and wellbeing of the athletes.

The commonality of sexual assault has resulted in a culture that tolerates sexual assault and creates an unsafe environment for young athletes. The athletic administration needs to have tighter regulations to protect athletes and we need to hold people accountable for their actions. It is our responsibility to ensure that a scandal of this scale is never allowed to happen again by holding athletic organizations to a newer, higher standard.

The post Spaeth: Nassar abused over 265 women. Why didn’t we catch him sooner? appeared first on Emerald Media.