The weirdest Super Bowl ever 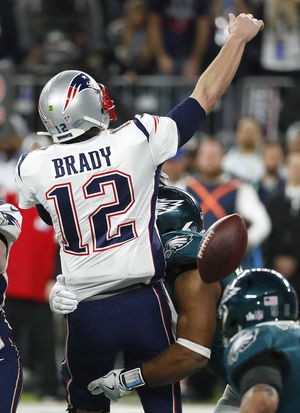 Sunday’s Super Bowl game between the Eagles and Patriots wasn’t the best ever (Rams-Titans, 49ers-Bengals II, Giants-Patriots I, Seahawks-Patriots … all are in the running). Nor, as wild as it was, was it even the highest-scoring NFL championship game (the 49ers’ 49-26 1995 win vs. the Chargers holds the mark).