Revisiting My Feelings On What I Expect For Christmas. 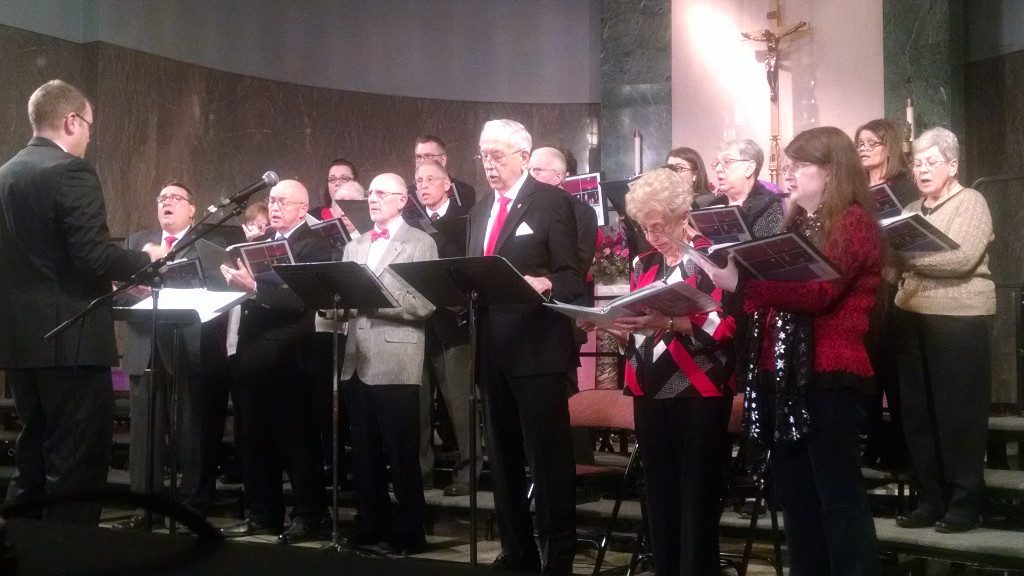 I don’t very often plagiarize my own column, but with this being the Christmas season I wanted to go back to my column at this time of the year in 2013. This column explains my feelings about my past Christmas experiences.

Christmas is the time when thoughts turn to presents, giving and getting presents. When we are very young the getting is so much more important to us than the giving of presents. Often we were told to make a list of the things we wanted so Santa would know exactly what would make us happy. I don’t know about you but deep down there was always one present that I really wanted that I didn’t get. It was usually something that was either way too expensive or outlandish like wanting a pony when you live in the city. There was another complication in my life that made Christmas, and all of the holidays for that matter, difficult to live through. My father was a coal miner and my mother a housewife, we were allowed to use that term back then, and they adopted me when I was just over 2-years-old. The life of a coal miner was difficult at best, especially way back then. Many of them worked their shift and went home to a few beers and collapsed from exhaustion at bedtime. My father had a weakness for alcohol and was an alcoholic who had a just over fifty-year abusive relationship with my mother. As it turns out my father and all of his brothers suffered from the same problem. That leads me to believe that there is at least a genetic component to their alcoholism and that makes me thankful that I was his adopted son and not in that gene pool. He never drank while working but would start when he got home. I think his biggest stressor was that he couldn’t stand up for himself with his bosses so he took it out on his family when he came home. Holidays were worse because he had that much more time at home to drink. The reason I am dredging all of this up is to show how every holiday, especially Christmas, became tainted with his alcoholic episodes. I learned from this experience that Christmas would rarely, if ever, be good for me if I expected presents to make me happy. When I was in the latter years of elementary school we had recently moved and we now lived two doors away from the elementary school I was attending, the school, and the convent. I had a cousin attending that school and she was in their church choir. I was encouraged to join and I gave it a try. I really liked it.  It was a parochial school and the nun who was in charge of the choir, mainly the discipline, told us to remember that singing is praying 100 times because we were not performing but giving the congregation the proper atmosphere to be prayerful. The rehearsals took a lot of work, but were very rewarding. What I learned from this experience was that Christmas for me became the rehearsals and actual singing in church. I could be disappointed if I didn’t get the right Christmas present, but if the singing was my goal I would always feel fulfilled. In February of 1959 we recorded a record album of Christmas music. The price to buy the 33 1/3 rpm record album was $3.00. Any profits from the sale went to support the Catholic Diocese of Rochester, New York. We sang in 7 languages and what made that even more special was that each song was taught to us by someone who spoke the language in which it was written. The languages were Latin, German, Ukrainian, Italian, French, Polish, and of course English.  We sang a French Christmas Carole “Qu’as-tu vu Bergere”? “What did you see, Shepherdess?” An Italian lullaby to the Baby Jesus called “Dormi, non piangere” which means “Sleep,weep not” was particularly soothing. A Polish lullaby “Lulaj-ze Jezuniu,” “Go To Sleep Baby Jesus” dear to my Polish mother. The song that got to me more than any of the others was “Stille Nacht,” “Silent Night” sung in its original German. I sang the English version many, many times before but when we sang it in public for the first time the German version literally made the hair stand up on my neck. That was back in the day when the choir sang from the choir loft which was up high in the back of the church. I was in the 8th Grade when we recorded the album and it was really cool to have all of our names on the album cover. We zoom forward to current days and I still sing in a church choir. Now my wife, my daughter and I sing in the St. Paul Catholic Church choir together. The choir sings from the front of the church facing the congregation. I particularly like it this way because I can look into the faces of the people while we are singing. I had a Glee Club director in college who told the members to find two people in the audience to sing to. One who is really into the music and might even be mouthing the words we were singing and the second person to look for is someone who appears to be caught up in emotion. I remember while singing in another church choir one time I found someone to sing to who looked so emotional they might start crying at any time. I would glance at her between looking at the director and my music. By the time we were finished singing the hymn I could see her expression change and she actually starting singing with us. It is a good feeling to know you may have helped to change the mood of someone who was feeling some sort of emotional pain. All I want for Christmas is to sing beautiful hymns in church. Now maybe you can see why the singing has replaced the anticipation of getting presents for Christmas, for me at least. I still look forward to and enjoy sharing Christmas presents and time with my family particularly my two grandchildren. The true meaning of Christmas, peace on earth and good will toward all, stays with me the whole year long as I sing in church each Sunday.

Please don’t get me wrong on this. I loved my parents and they did a good job raising me with the right values and sent me to good schools. They both died many years ago and I had to reconcile my feelings about them. Forgiveness is the only way to get that “monkey off my back” about my father’s alcoholism and my mother’s enabling his behavior. Yes, they had choices in life, but to some degree they both were trapped in those roles due to the social structure of the times. If an organization like “Women’s Space” existed back then my mother’s life might have turned out differently. I don’t regret any part of my life so far because it is all of those struggles that worked to make me the person I am today. I was a better father to my children than my father was to me and one of my proudest things to say is that my son is even a much better father than I have been.

What makes Christmas for you? Let me know what you would like me to talk about or explain. You can comment below or email me at: tim.chuey@eugenedailynews.com.