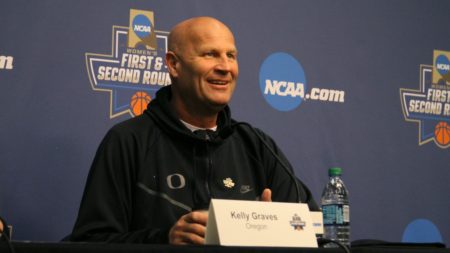 The Vikings bring an impressive resume to the intrastate rivalry having finished the season with a record of 25-7, a tally not usually associated with a 15-seed.

Should Oregon advance they will face the winner of the 4:00 pm opening game between the Texas Longhorns and the Indiana Hoosiers on Sunday, time to be announced.