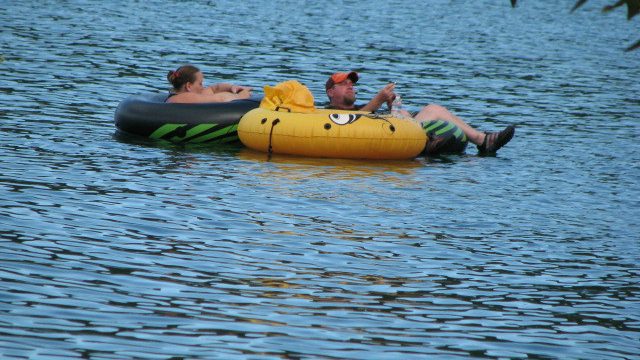 With all of the restrictions on our activities we’ve had to deal with since the Covid-19 pandemic began most of us are thinking about getting out and participating in the things we would normally do this time of the year. As summer weather has already visited us a couple of times we long for the beach or the great outdoors. Each time we hit the 80 degree mark dipping our toes in a local lake sounds like a great time.

The season of Summer officially begins with the Summer Solstice and that occurs this week at 2:43 pm PDT on Saturday June 20th.

The National Weather Service defines the Summer Solstice as “the time at which the sun is farthest north in the northern hemisphere, on or around June 21.” The term is derived from a Latin word, solstitium, meaning the sun (sol) and to stop (stitium).

Here is a little review why the seasons change. We know that the earth revolves around the sun in an elliptical orbit. Two things determine the seasons of the year: the position of the sun in it’s orbit around the sun and the angle at which the sun’s rays strike the earth. The sun’s rays would be spread evenly over the earth if it weren’t for the fact that the earth is tilted 23.5 degrees from the plane of the ecliptic. That angle allows the sun’s rays to be concentrated in the northern hemisphere in the summer and in the southern hemisphere in the winter.  The Summer Solstice is when the concentrated solar rays have moved to their farthest point to the north producing the longest day of the year. As the summer progresses those rays migrate southward reaching the southernmost concentration on the Winter Solstice (December 21/22) which is the shortest day of the year.

In between the Summer Solstice and the Winter Solstice are the Vernal or Spring Equinox and the Autumnal or Autumn Equinox. The equinox is defined by the National Weather Service as “the time when the sun crosses the earth’s equator, making night and day of approximately  equal length over all the earth and occurring about March 21 (the spring or vernal equinox) and September 22 (autumnal equinox).

The arranged stones at Stonehenge in England have long been thought to have been built to honor the solstice. In an interview for an article in the Register (England) by Brid-Aine Parnelli it was explained that archeological teams from universities of Sheffield, Manchester, Southampton, Bournemouth, and University College London have been investigating Stonehenge for over ten years. They feel the monument was built as a symbol of a complex farm-subsidy agreement. A statement by the scientists states that they think the spot already had significance to the people there and building the monument made it even more important. “The solstice-aligned avenue sits on a series of natural landforms that, by chance, form an axis between the directions of midsummer sunrise and midwinter sunset” according to the scientists. Professor Mike Parker Pearson from Sheffield University, interviewed in the article, said “This might explain why there are eight monuments in the Stonehenge area with solistitial alignments, a number unmatched  anywhere else. Perhaps they saw this place as the centre of the world.”

The difficulty is that we have to wait until the authorities say it is safe to venture out in large groups to enjoy the outdoors. So, with Summer officially getting underway the weather also has to cooperate by returning the sunshine and warmth we desire.