A Time When We All Look For Meaning And Peace In Our Life. 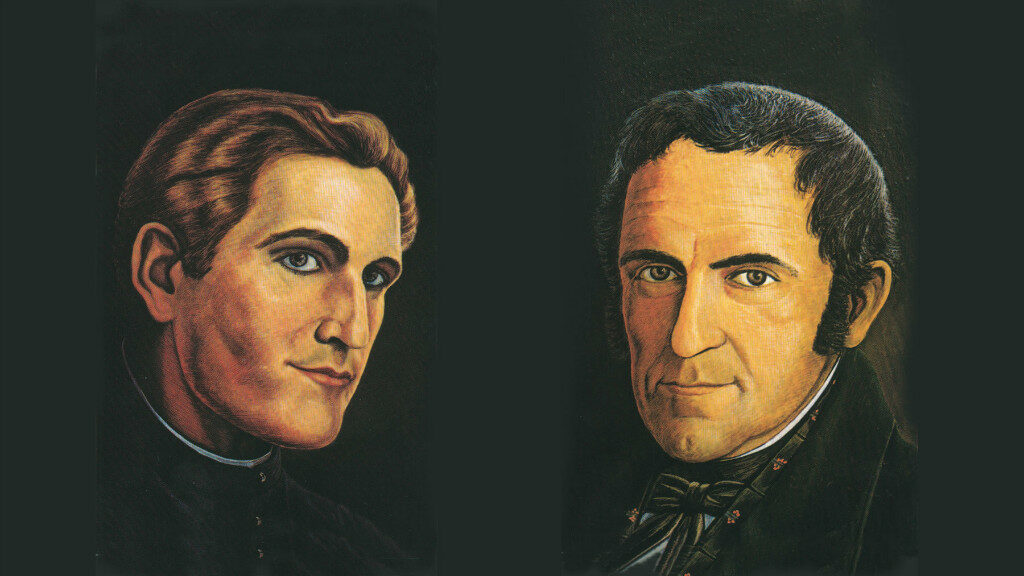 Christmas is a time where `a special birth is celebrated, presents are exchanged, and holiday parties abound. For the second year in a row many those plans have been altered or even cancelled by pandemic that still seems to be raging on. For me there is one thing that remains constant no matter what may be going on in the world. Each year at Christmastime we hear a variety of Christmas songs and hymns. As I have mentioned in previous articles “Stille Nacht” or in English Silent Night is my all-time favorite Christmas hymn that embodies the spirit of Christmas for me. Here’s another look at it’s origin and the German version for you to hear.

I first heard the story many years ago and there are some parts of it that are a bit different depending on the the sources you check. We go back to Christmas Eve Day, December 24, 1818 to the small Austrian village of Oberndorf where Joseph Mohr, the pastor of St. Nicholas Kirche (church), was preparing for Christmas Mass. He suddenly realized that the church organ was broken. The reason I heard years ago was that rats chewed through the leather bellows of the organ, but according to the website “About Education” the organ was damaged by the recent flooding of the nearby Salzach River.

Mohr had previously written a six-stannza poem he titled “Stille Nacht” and he gave that poem to the church organist, Franz Xaver Gruber. He asked him to put the words to music with a guitar accompaniment in two-part harmony so they could sing it as a duet otherwise there would be no real music for Christmas. It makes me wonder if the poem would have ever been set to music if the organ had been functioning. That would have been quite a loss if it were never written.

Silent Night has a special place in modern-day history too. There is an old saying “There are no Atheists in a foxhole.” That refers to the stresses of war and how we react to being so close to our own death at any moment. It is thought, according to Wikipedia, that the first person to actually say that was William Thomas Cummings, a US Military chaplain, who apparently said it in a field sermon in 1942 during the battle of Bataan. There are two particularly amazing wartime stories involving Silent Night and the modern “Miracle” that took place in two separate wars.

There is a famous story that goes back to WWI 101-years ago. It was December 24,1914 on the Western Front with the Germans in their trenches on one side and the Belgian and French soldiers in their trenches on the other side. Most people hoped for a Christmas truce and even Pope Benedict XV called for a truce but his idea was rejected. There are various descriptions as to exactly how it started so I’ll give you one soldier’s account of the day’s events. Time.com quotes the account of Graham Williams of the Fifth London Rifle Brigade: “First the Germans would sing one of their carols and then we would sing one of ours, until when we started up ‘O Come, All Ye Faithful’ the Germans immediately joined in singing the same hymn to the Latin words Adeste Fidelis. And I thought, well, this is a most extraordinary thing – two nations both singing the same carol in the middle of a war.” On Christmas Day some German soldiers came out of their trenches into no man’s land with signs they made saying “You no shoot, We no shoot.” The soldiers shared “presents ” with each other like food, water, hats, buttons and their truce gave them the chance to retrieve and bury their dead. Some even played a little make-shift game of soccer. Apparently, this took place in various locations along the front with one group reportedly sharing a pig roast. For the most part the fighting resumed the next day, but in some areas the fighting didn’t continue until New Year’s Day. One of the accounts I remember hearing years ago explained the beginning of the truce in one area was a German singing Stille Nacht and then an Allied soldier joined in singing it in English. Many soldiers on both sides then sang together instead of fighting.

A second wartime story occurred during WWII. I found the description of a similar incident and the best way to tell you about it is to directly quote one of the participants. “On 24 December 1944 I was spending my Christmas at a little place called BASTOGNE, Belgium, with the 101st Airborne Division. As many of you already know the story about the Battle of the Bulge, I won’t go into all the details about how we were surrounded and outnumbered by the German Army. It was a cold, bitter, dark night and around midnight surprisingly quiet. All of a sudden, from the German position, we heard a single voice singing “SILENT NIGHT” in German. Soon more voices were added from the Germans. Suddenly, some American soldiers picked it up and before long most of us were singing along with the Germans. This went on for about 5 or 10 minutes and then stopped. A few minutes later we were back at each other, with guns blazing. This incident has stayed in my memory all these year (56) and when I hear Silent Night I remember. Later I talked to American, British and French soldiers about it and some of them had experienced the same thing on whatever front they had been fighting on, (Italy, France, Holland). I have talked to veterans of WWI and they tell similar stories. In the middle of the worst battle of WWII there was Peace On Earth for a few minutes. ” That was submitted to “Articles”, WWII Story by WILLIAMSGK@aol.com.

I find it amazing that one hymn can have such an impact on so many lives under the best or worst conditions. If you look around I am sure you can find other more modern Christmas miracles that may or not be related to the singing of Silent Night.