‘Americans and the Holocaust’ opens at Pendleton Public Library 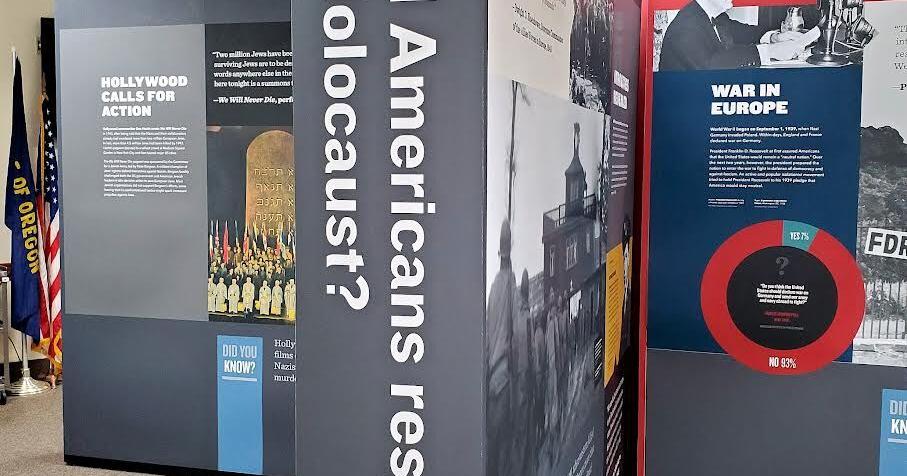 PENDLETON. — The traveling exhibit “Americans and the Holocaust” is on display at the Pendleton Public Library.

The exhibition opened Friday, May 27, the city announced in a press release. Pendleton is one of 50 libraries nationwide — and the only one in Oregon – to host the exhibit.

The United States Holocaust Memorial Museum and the American Library Association presents “Americans and the Holocaust,” which examines the motives, pressures and fears that shaped Americans’ responses to Nazism, war and genocide in Europe during the 1930s and 1940s.

“The Pendleton Public Library is delighted to provide our community with access to this extraordinary exhibit,” Library assistant director James Simpson said, according to the press release.. “Pendleton is, of course, no stranger to the events of World War II with the Pendleton Field Airbase being located here, once housing the Doolittle Raiders and the Triple Nickles, not to mention the many residents that enlisted from the area.”

Simpson explained the exhibit help frames two important questions: “What did Americans know about the Holocaust?” and “What more could have been done?”

The exhibit breaks down the first question in 16 themed panels, looped video content and four kiosks. The viewer, however, he said, answers the second question after experiencing the exhibit.

“Americans and the Holocaust” will be on display at the Pendleton Public Library, along with a series of related special events, through July 1.

The city also announced the following special event at the library in connection with the “Americans and the Holocaust” exhibit:

Shortly after Bloomfield’s’ fifth birthday, Nazi Germany invaded the Netherlands. Fearing for the safety of his family, her father found families that would take her and her brothers into hiding. During the course of the war, Bloomfield was moved three times to different homes. She was just 10 years old when victory was declared in Europe.

June 7 at 5 p.m. — World War II: a local story: Join in the library art gallery for a walk through of local news coverage of World War II. East Oregonian newspapers will be on display, featuring major events from the war and the impact felt in Eastern Oregon.

June 21 at 5 p.m. — Author Clarice Wilsey speaks on behalf of her late father, World War II U.S. Army physician Capt. David B. Wilsey, who was present at the liberation of the Dachau Concentration Camp. He was one of 27 physicians who treated 30,000 survivors in a makeshift field hospital. 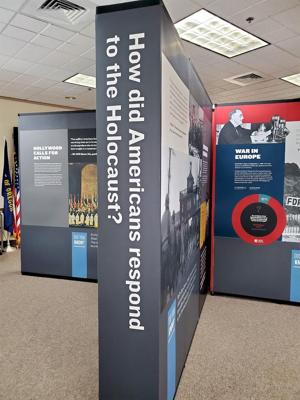