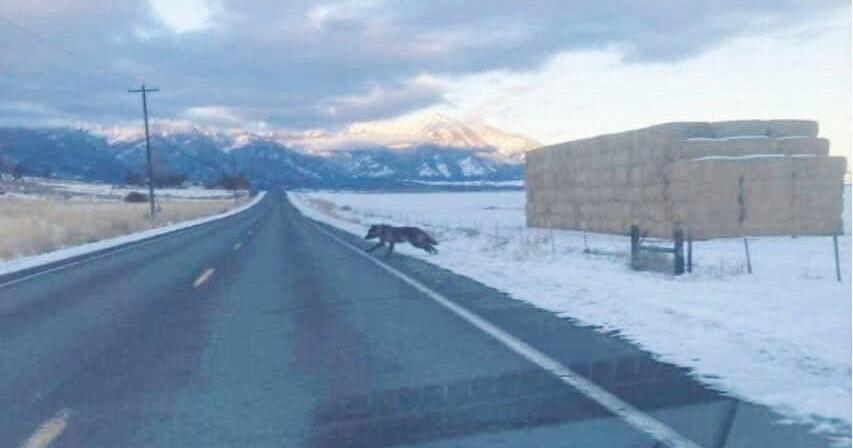 Two photos and one video, both taken recently along Pocahontas Road about 2.7 miles west of 10th Street, appear to show a wolf crossing the two-lane road.

Brian Ratliff, district wildlife biologist at the Oregon Department of Fish and Wildlife’s (ODFW) Baker City office, said the animal, so far as he can tell from the photos and video, is a wild wolf. Ratliff said it can be difficult, based solely on photos and a video, to distinguish between a wolf and a wolf-hybrid dog. 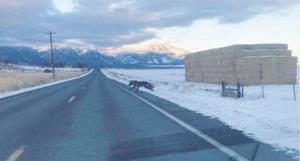