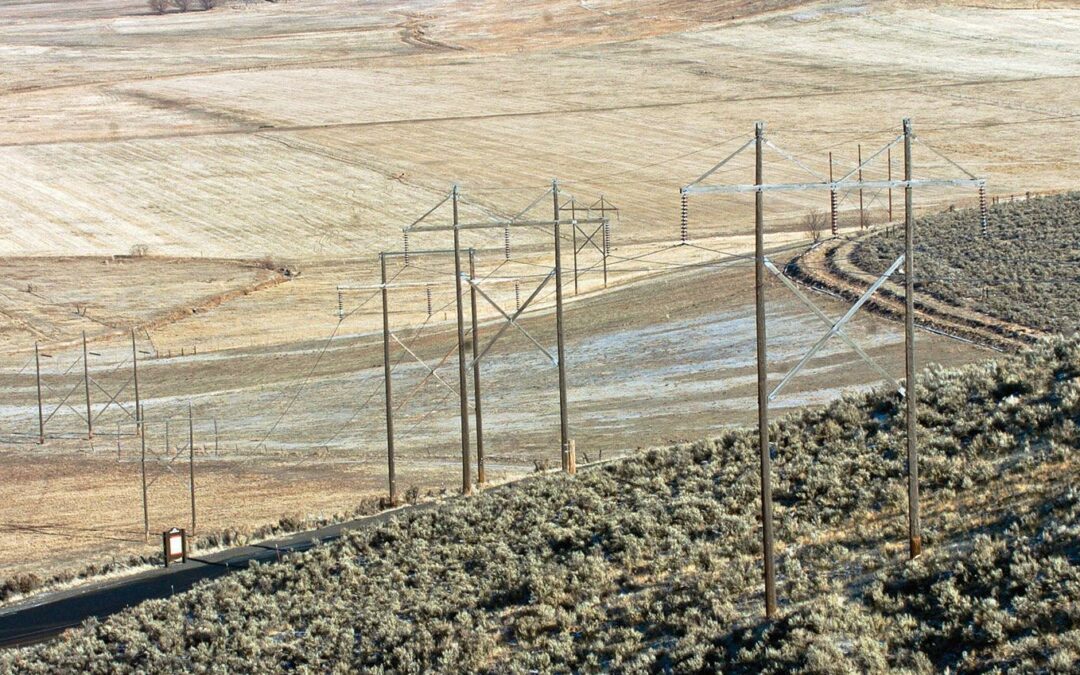 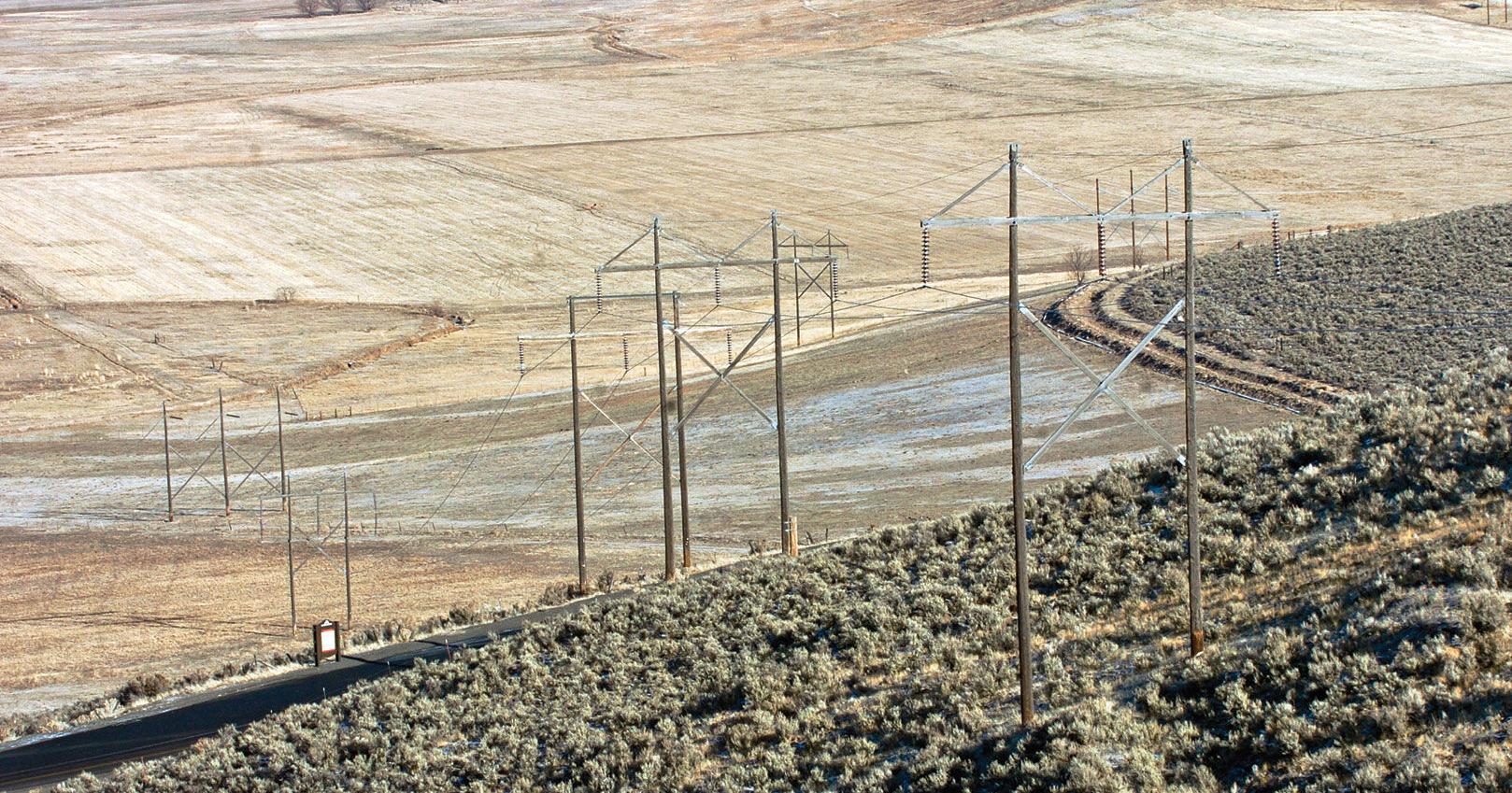 SALEM — The latest review of moving the massive Boardman to Hemingway power transmission line from proposal to reality is this week.

Originally proposed in 2010, the B2H line travels from the Longhorn Substation in Boardman to the existing Hemingway Substation in Idaho. Primarily 500 kilovolts, the line would be approximately 300 miles long. Idaho Power Co. is primary energy producer behind the project.

The Oregon Department of Energy’s Energy Facility Siting Council meets is Friday, July 22, and B2H is on the docket. The council plans to go over the proposal for the project and its application history and conduct straw polls to determine if any changes need to be made. This review is the latest step in a checkered past for the transmission line.

The July 22 council meeting will not be the final one; instead, it serves as an update point for the history of the line, which the council has officially labeled as contested since 2020 due to public opposition.

According to a summary of the B2H line project on the Oregon Department of Energy’s website, 37 exceptions — public complaints on the lines — were filed to the department. In most cases, there are only a few exceptions filed.

“In terms of this being a normal number — it’s absolutely not,” ODOE senior siting analyst Kellen Tardaewether said. “This is the biggest case that the council has ever seen.”

Fourteen parties filed those exceptions. Though numbers have changed since 2020, the remaining exceptions were reviewed in the Proposed Contested Change Order. The PCCO was completed May 31, reviews the appeals on the project and offers a solution for them.

The time frame already has passed for any remaining parties to file exceptions against the project, so now Tardaewether and her team can examine the case at hand. The siting analyst said this is one of the “biggest, most complicated” cases she’s ever seen.

The council will go over and review the PCCO at its July 22 meeting. Tardaewether said the next meetings will help the council reach its final decision. There is not a scheduled time for any meetings after July 22, but the decision should come in two to four months.

“For those very curious about what will happen, just know we really are working on it,” Tardaewether said.

Jim Kreider is one of the 37 exceptions noted by Tardaewether and one of the driving forces against the B2H line. He and his wife Fuji Kreider spearhead the Stop B2H Coalition, a group that believes Idaho Power Co. can look into other options rather than put the line through the Eastern Oregon area.

Located outside of La Grande, the Kreiders said the believe they know the area best, claiming Idaho Power has connected the residents of La Grande on this issue.

The group has met with state leaders such as U.S. Sens. Ron Wyden and Jeff Merkley, discussing different ideas.

One of the main points of contingency is the perceived effect of the climate. The group claims clearing out for the project will destabilize soils and increase the risk for endangered species, all while being louder than safety standards for many households.

These complaints have not subsided for either the Kreiders or their many other partners in the coalition, though others have waned.

“During the period, rulings, and motions, it wore people down,” Fuji Kreider said. “That’s their technique, to wear us down.”

Among the swath of complaints, both the Kreiders and the coalition list several other options for the line, including burying it underground and increasing the production of other transmission lines out of state.

Sven Berg is the communications director at Idaho Power. He said the company has dealt with other opposition groups in the past — especially from Eastern Oregon — but they have come to understand each other.

Idaho Power is one of the operators of the B2H and owns 45% of the line. Along with PacifiCorp, the companies hope the line can become a “clean-energy superhighway.”

During the winter months, Berg said customers in Portland need more power to handle the peak. Another goal for the company is to increase the nation’s Western grid, something increasingly important as both wind and solar power continue to rise.

“We have to build the grid for peak need, not average need.” Berg said, “We have to keep homes and businesses at room temperature.”

Even with opposition to the project. Idaho Power’s goal has not changed since its filing in 2018. In fact, its tenacity towards the project has only gotten stronger.

“The more we study, the more we are convinced that this is the best option for the Pacific Northwest,” Berg said.

With a response from the DOE in the coming months, Berg said Idaho Power is sticking to its plan of a 2023 start date. He said he hopes that by October the company will get a building permit across to the Oregon side of the project. 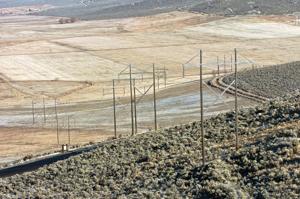