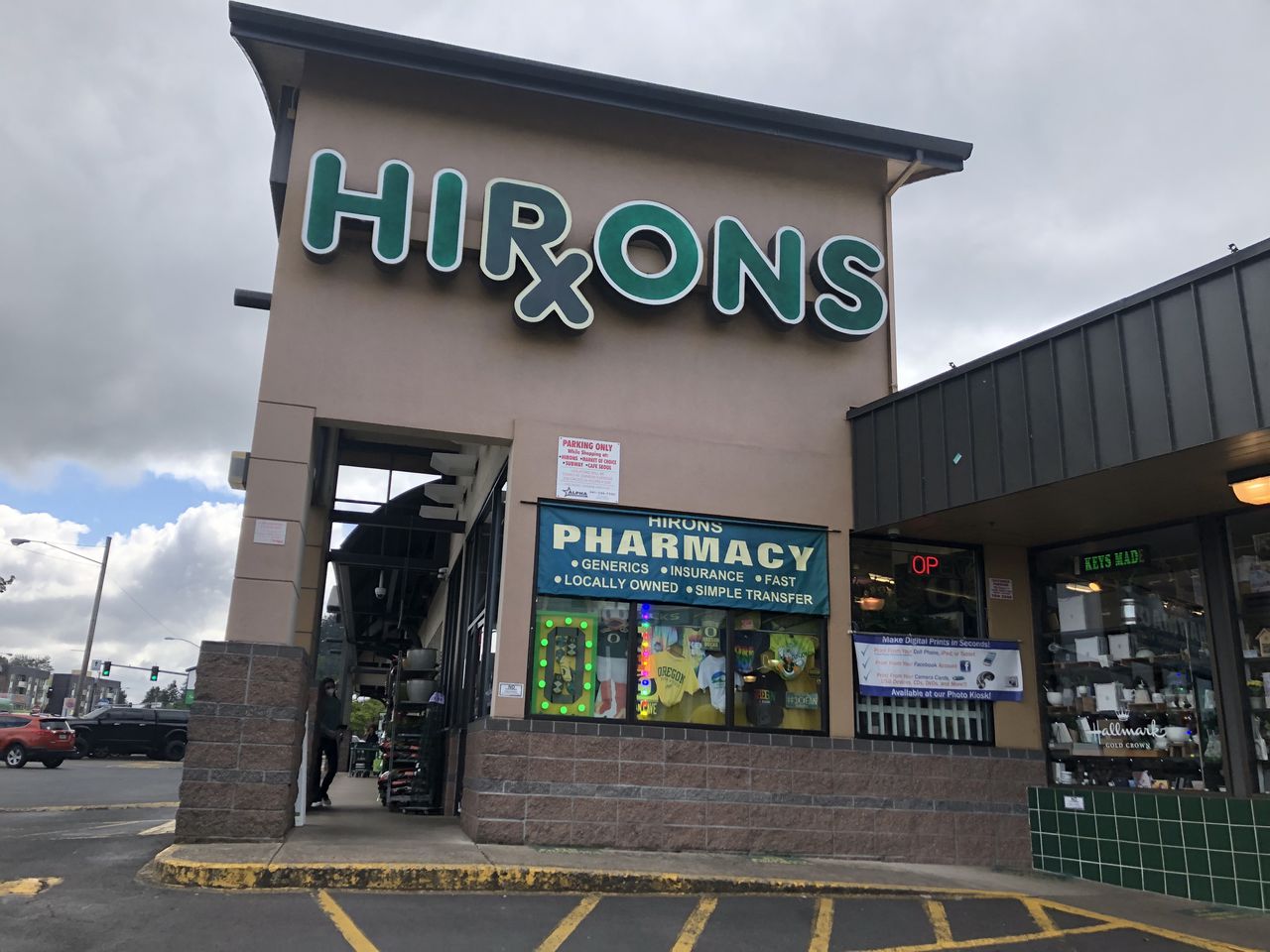 EUGENE — Hirons Drug has seen nine decades near the University of Oregon, including many bustling football and basketball seasons. Nearly every student has stopped in to buy essentials or pick up some green and gold gear.

But Steve Hirons, whose grandfather founded the popular pharmacy and gift shop that’s now right next to the school’s basketball arena, is still bracing for this summer’s crowds to be the biggest he’s ever seen.

The World Athletics Championships Oregon22 comes to Hayward Field July 15-24, bringing thousands of track and field fans who will need places to eat, sleep and shop.

“I’m going to guess I’ve ordered roughly $100,000 of extra merchandise,” Hirons said, as he marked inventory during a quiet afternoon. In addition to the UO memorabilia that covers the walls, he’ll be stocking up on regional and Eugene-themed gear. “People want to remember their visit.”

It’s difficult to predict exactly how many visitors will be in town, said Stephanie Scafa, a city employee who has been Eugene’s liaison to event organizers.

While as many as 55,000 total visitors are projected to attend some of the championships, Scafa said it would be easier to look at daily numbers. Between the 2,000 athletes, 3,000 journalists and about 13,000 seats at Hayward Field, plus volunteers and officials, the city estimates between 20,000 and 25,000 at the event site each day.

Those numbers are daunting, however, for hotels and other lodging facilities, which don’t have near enough capacity for expected visitors.

Many hotel managers declined to discuss the World Athletics Championships, but said they would be housing athletes or event officials. Some employees said that between the university’s graduation in June and the July event, hotels were booked for a solid month anywhere in Eugene.

Andy Vobora, a spokesperson for Travel Lane County, said the 4,400 hotels rooms across the Eugene-Springfield metro area had been booked for months. Even Corvallis and Salem hotels are mostly full at this point, with people looking for lodging as far as Portland and Florence.

The tourism bureau is encouraging Eugene-area residents to offer up their homes or even single rooms for short-term rentals through platforms like Vacasa and Airbnb. Vobora said that would likely free up space for least another thousand visitors, though the total number throughout the county wasn’t clear.

Some hotels are charging three to five times the normal rate for the few rooms still available. Vobora said hotels in the area had been hurting financially during the pandemic, but his organization is trying to tamp down on that kind of price gouging during the championships.

“When you start seeing hotel rooms for $700 a night, that’s a little extreme,” he said. “Any big event that causes compression, we see rates increase. But we try to tell people you’re not going to make up for two years of a pandemic with one event.”

Other businesses are staffing up to meet the crowds, but hiring has already proven a challenge for the service industry in the past two years.

“COVID hampered our staff,” said Jon Axtell, a supervisor at Track Town Pizza, a popular haunt with track and field legends painted on the walls. “We’re getting re-staffed and trained for busy days.”

For Jessica Blaine, the chief operating officer of Marché LLC , a local chain of five restaurants and markets, the World Athletics Championships spotlight is a chance to show off Oregon products and its farm-to-table ethos.

The company’s main market, Provisions, is tucked between a flower shop and a café in a growing hotspot for restaurants and hotels. Full of Oregon wines, locally-made condiments and cheeses, and other handmade goods, the shop beckons visitors looking for a taste of the Willamette Valley. The flagship restaurant, located in the tourist-friendly 5th Street Public Market, is known for primarily using ingredients grown and sourced locally.

But Blaine said the eateries would have to be flexible and creative as they deal with unprecedented crowds.

“We’re looking forward to a super busy summer,” she said. “We’re finding people are hungry to be out and have experiences.”

Organizers also expect a crush of traffic, and some are already looking for creative ways to get around town as thousands pour into the city.

Mike Murphy, owner of Pedego Electric Bikes in downtown Eugene, said several companies involved with the planning and operations of the event had contacted him to rent electric bikes for their employees.

“Some are reserving five to six bikes for a month,” he said. “It’s unusual, but welcome.”

Murphy has also added staff and will offer guided e-bike tours of the area. He’s anticipating that he’ll double his rental bike inventory during the event.

Vobora said the tourism bureau was partnering with outdoor recreation companies to promote day trips and activities for days visitors are not attending the track meet.

That includes river floats on the Willamette River and rafting on the McKenzie, he said. The city’s outdoor program has piloted some “mini floats” for people who don’t want to spend the whole day on the river. And he said they’re working on creating tours to wineries and the coast that people can book for the day.

Eugene, meanwhile, has poured time and money into the event, said Anne Fifield, an economic strategies manager for the city.

Many major infrastructure projects were built with the event in mind, if not explicitly for it — such as a new farmer’s market pavilion in downtown and a Riverfront Park plaza.

Fifield said the road construction schedule for downtown had been rearranged, with some projects put off until next summer to avoid interfering with the event.

“This has been a good deadline for us to get things done,” Fifield said. “We’ve made no investment in the community that won’t be a permanent asset.” 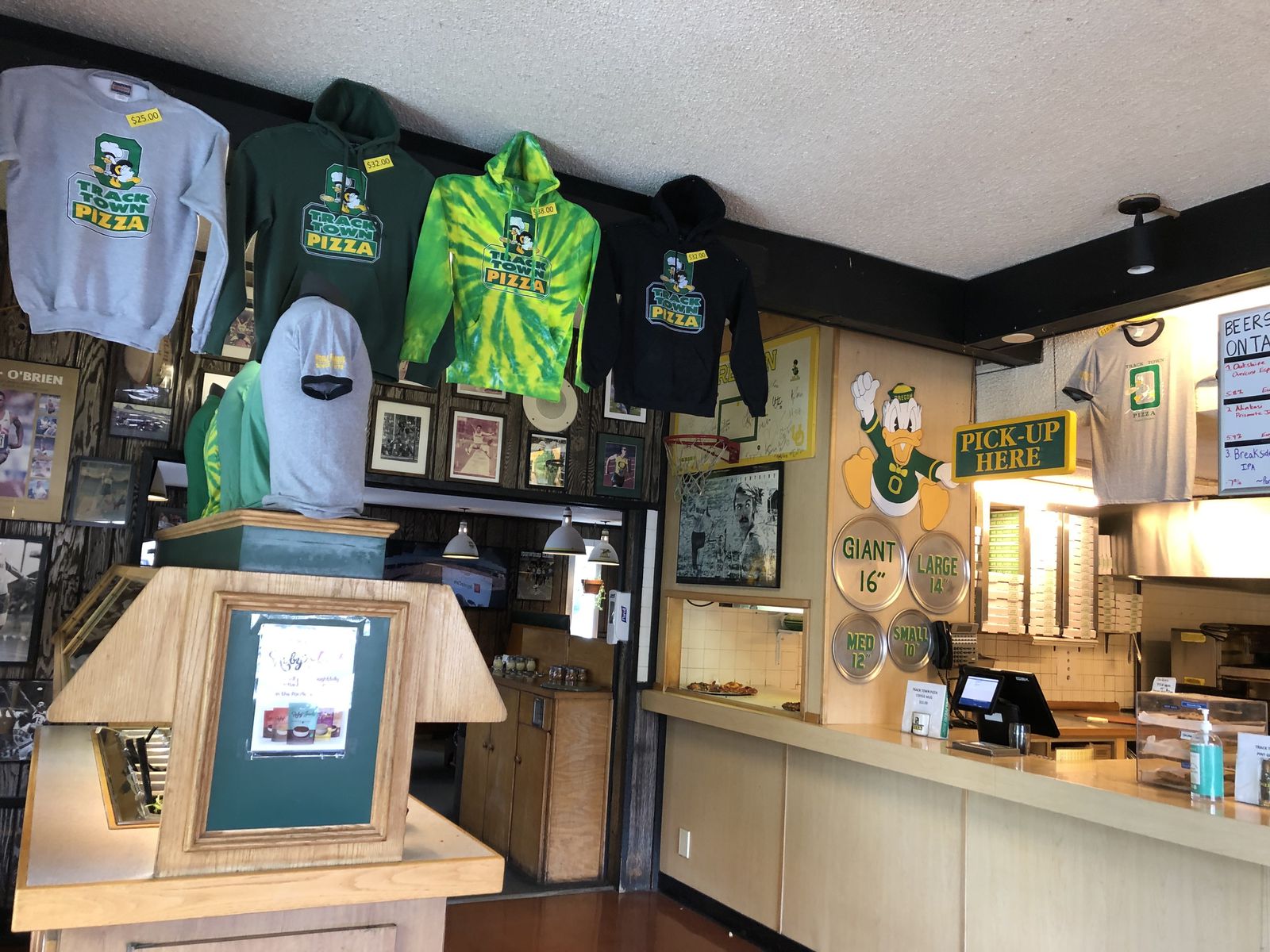