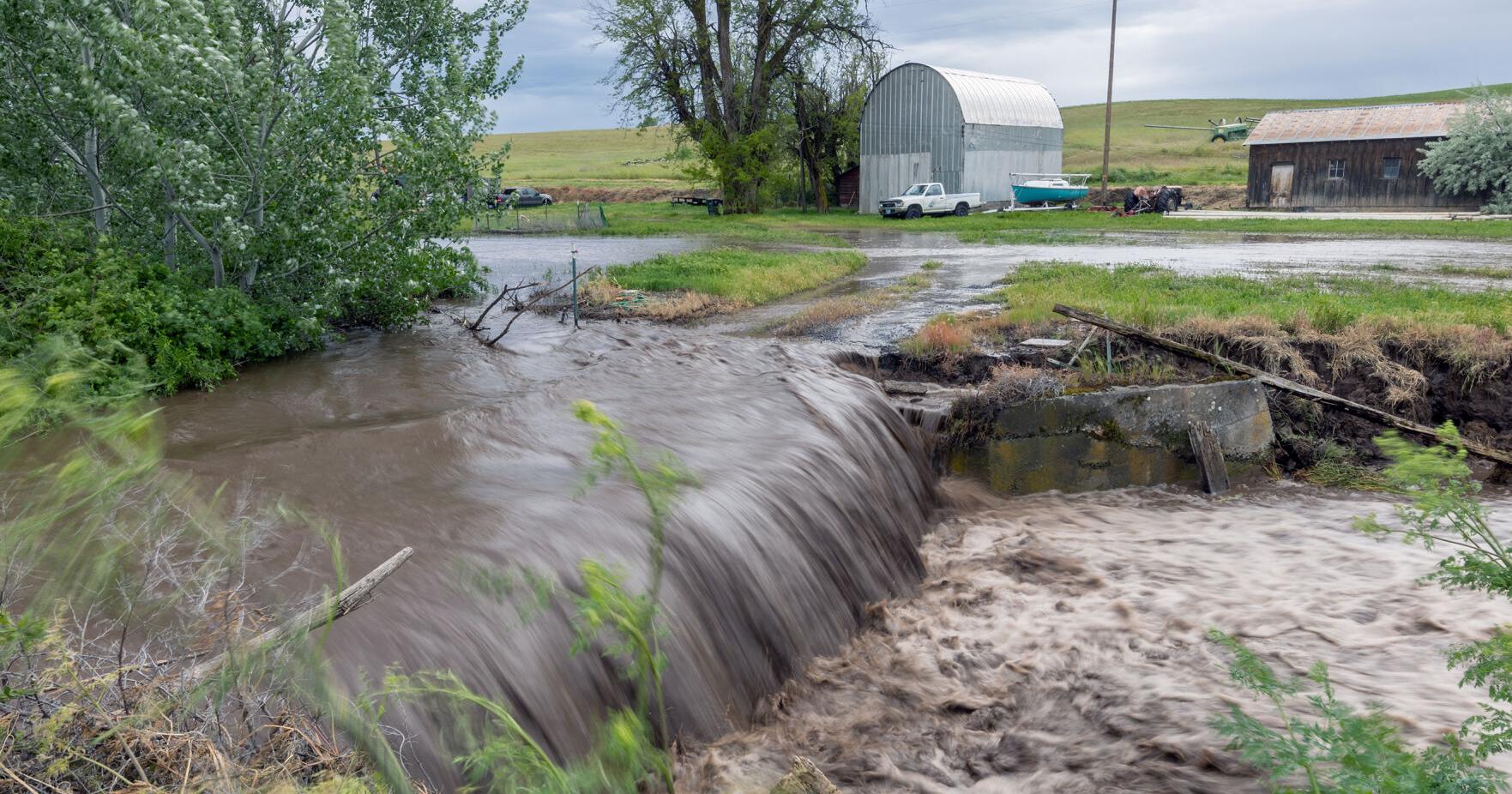 PENDLETON — Tutuilla and Patawa creeks near and through Pendleton crested their banks Sunday, May 29, flooding yards and businesses and prompting the city to close access to roads.

The National Weather Service in Pendleton on May 28 issued a flood watch for much of Northeastern Oregon due to hours and hours of steady rainfall, which swelled area creeks and filled McKay Reservoir. The NWS on May 29 reported the following 24-hour precipitation totals from May 28:

John Pappas, of Pendleton, was at Store Y’r Stuff Mini Storage, 1225 S.W. Tutuilla Road, to keep an eye on his camping trailer. He said he was there around 12:30 p.m. when the water was coming through, so he moved the trailer to a higher spot. About an hour-and-half later, he said he might have to move it again.

The crew at neighboring Kelly Lumber Supply Inc., 1211 Tutuilla Road, hustled to move trailers from the back of their property where rushing water was more than 2 feet deep.

Jason Kelly said Tutilla Creek has flooded the property before, but nothing like what was happening May 29.

He waded out into the stream flowing along the property to install a battery on a fifth-wheel trailer to get its hydraulics working. The effort proved fruitful, and he and his son, Jaden Villa, were able to hook up the trailer to a Dodge Ram pickup and haul it out of the flood.

Villa trudged out as well and poured muddy water from his boots.

High waters were surrounding nearby homes on the west side of Tutuilla Road, where Makayla Lee and some friends were stacking gravel bags to mitigate the flood.

Lee said she lives there and awoke around 9:50 a.m. and saw water flowing through her backyard. A boat belonging to her coworker, Treyal Groesbeck, was drifting in the flood. By the afternoon, she said, the water was all around her home, giving her “riverfront property.”

On the plus side, she said, the house is on a foundation 4 feet tall, and while getting to the front door might be difficult, the water had a ways to go before getting inside the place.

Lee said she has lived at this site for the last two years, and the flooding in 2020 was not nearly so bad on Tutuilla and Patawa creeks.

The city at around 4 p.m. closed access to Tutuilla Road to thru-traffic at Southwest Nye Avenue due to high water on the road.

City officials also were keeping an eye on the McKay Creek in the south part of town.

Pendleton Police Chief Charles Byram was keeping an eye on McKay Creek at Community Park in the parking lot off Southwest 41st Street. He said officers alerted residents of what was happening, just in case flooding occurred along the creek.

But the city was not anticipating McKay Creek would cross its banks, he said. At 1,000 cubic feet a second the creek still had plenty of capacity, and the plan was to increase the flow at 3:30 p.m. to 1,200 cfs. That would mean the creek would gain another 4-6 inches of depth, he said, and even then it would not be at the banks.

This remains an ongoing story, and the East Oregonian will update as new information is available. 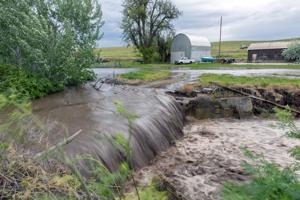