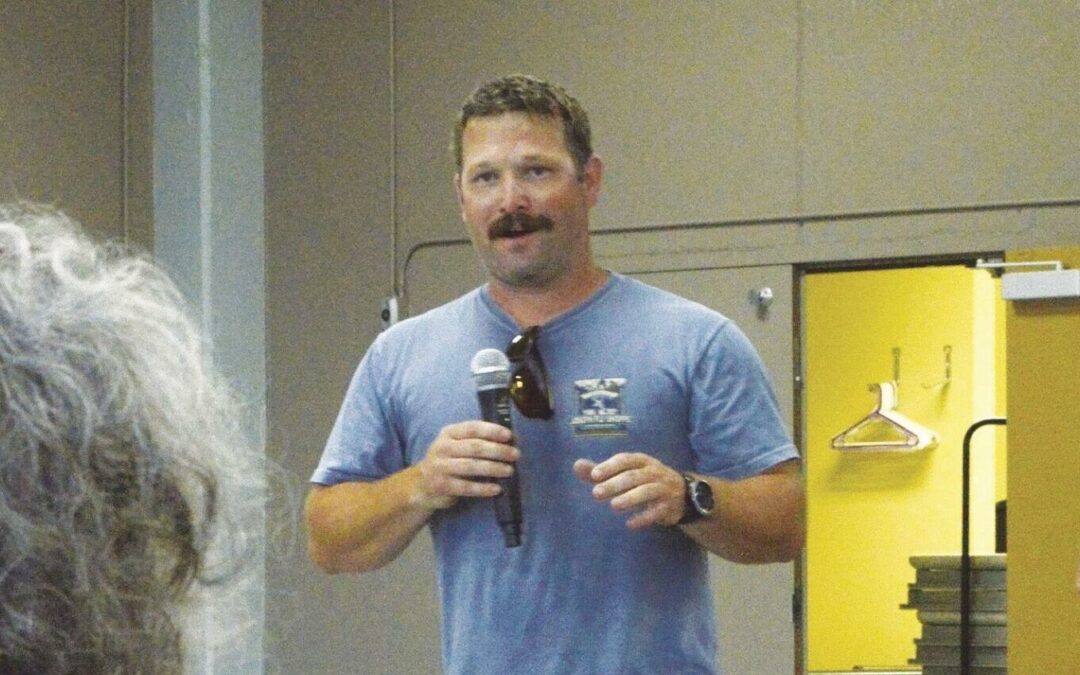 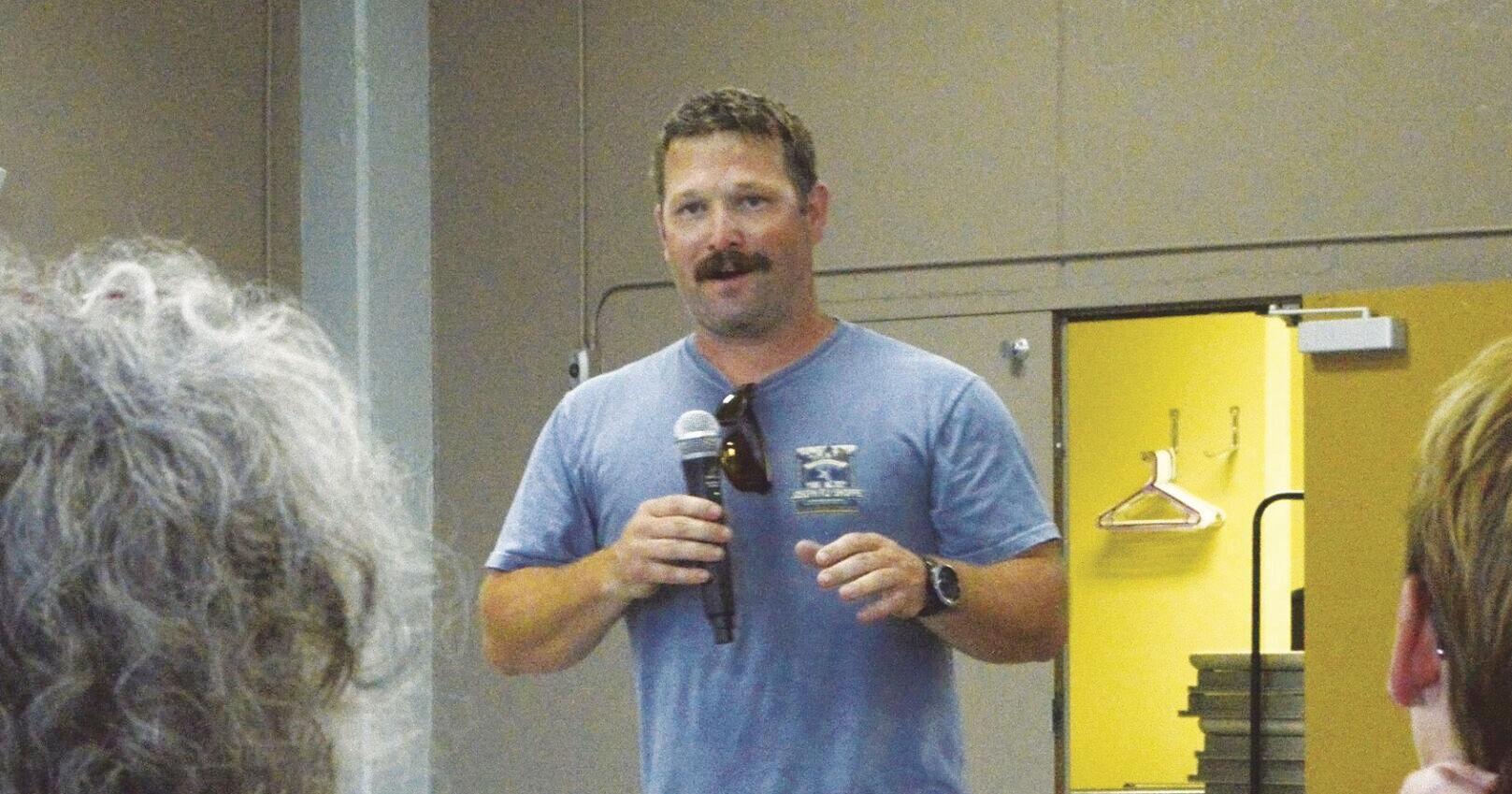 A former Baker City Fire Department firefighter/paramedic who is spearheading a campaign to recall six of the seven Baker City Council members attended the council’s Tuesday, Sept. 13 meeting to “extend an olive branch” and give councilors a chance to “face their accuser.” 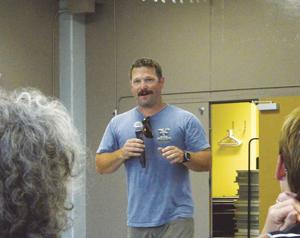