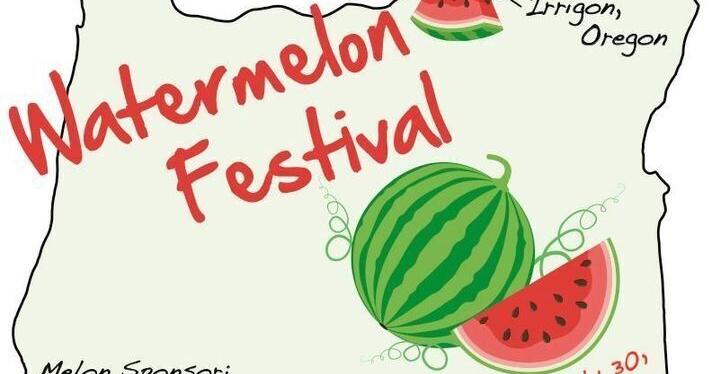 The countdown is on for the 2022 Irrigon Watermelon Festival, and organizers are bustling with excitement.

The annual event, which takes place this year on July 30, typically includes a breakfast, parade, games and more. Entertainment, a car show and a street dance are part of the fun, too. Activities center on Marina Park, 430 8th Street N.E., Irrigon.

Cooley said the festival focuses on a similar theme every year — community. Several local civic groups take part in the event, she said. Some of the town’s churches, businesses and school organizations, too, participate.

These groups, she said, organize games, food and entertainment for the festival. Thanks to their efforts, Cooley said, the festival is a busy day of activities.

A schedule of eventsShe said the festival starts at 6:30 a.m. at the park with a big breakfast.

The parade is an early highlight.

At 10 a.m. the parade runs through Irrigon, going down Columbia Lane, North First Street, N.E. Main Avenue, 12th Street and ending at the entrance to the park.

Local school cheerleaders, firefighters, sheriff’s deputies and other groups are typically represented, she said. However, she added, the parade is not limited to those people. As the parade is a celebration of the town, it includes all sorts of people.

“Anyone who wants to be in the parade is welcome,” Cooley said.

One special person is planning to take the parade’s lead. Dirk Dirksen is scheduled to be the grand marshal. Dirksen retired as the Morrow County School District superintendent this year.

Festivities at the park

At the completion of the parade, celebrations continue at Marina Park.

“We have lots of foods, local crafts, vendors and more,” Cooley said three weeks prior to the event. “I think I have over 30 vendors so far.”

She added that the car show, kids games, boat rides and more provides fun for just about anyone. There is also a co-ed softball tournament, hosted by Friends of the Irrigon Library.

By noon, she stated, the live entertainment opens. The festival’s Facebook page lists Zac Grooms at noon, Olivia Harms at 4:30 p.m. and Sky Dogs performing, too.

It also states that there will be a beer garden 4-8 p.m. during the evening entertainment.

At 9 p.m., Desert Sounds Entertainment is scheduled to start a light show and DJ performance.

A proud communityCooley stated that the Watermelon Festival is the “one big event that Irrigon has.”

“People come home for it,” she said. “It’s a celebration of community and something that people look forward to, remember and come back for.” 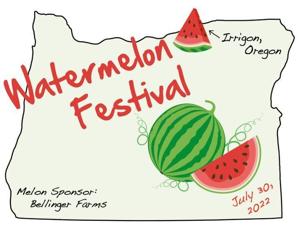