MotoLodge in Pendleton ready for guests to motor in 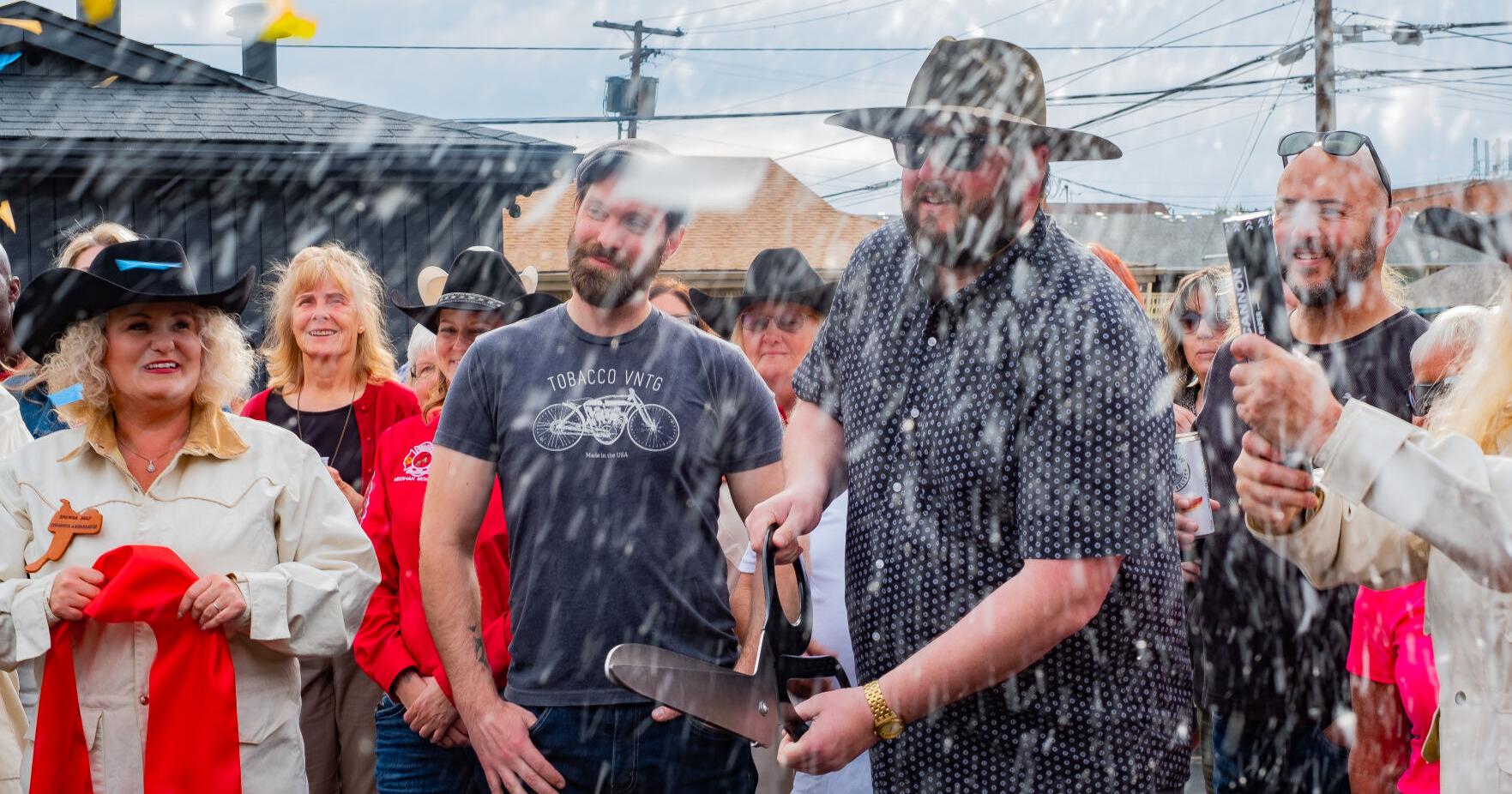 PENDLETON — As guests flocked to the ribbon-cutting ceremony for the new MotoLodge hotel near downtown Pendleton, there was one thing they all seemed to agree on: Things sure looked different.

The lot at 310 S.E. Dorian Ave. has seen a lot of logos outside its doors over the years, most of them belonging to cheaper hotels. The most recent tenant, Kings Inn, developed a bit of a reputation from Pendleton residents.

But that’s all history now.

“It went from a huge eyesore to something beautiful,” said Stacey Candlish, a La Grande resident who traveled to Pendleton for the event Thursday, June 16.

The $1.3 million renovation transformed a relic from times past into a new boutique hotel, the MotoLodge. The process was no easy one, either.

“We put in new beds, new carpets, new bathrooms, new everything,” hotel manager Abraham Barnett said,” Essentially, we got rid of everything except the bricks.”

Owners Jeremy Duncan, David Mogg and Nick Pearson spearheaded the renovation. While Pearson missed out on the ribbon-cutting, instead opting to attend his own bachelor party, the other two owners talked and showed off the rooms to the hundred or so guests who attended.

As of June 14, 25 rooms were ready to go with the other 15 rooms nearing completion. Barnett said they hope to have all 40 rooms — two suites, six doubles, and 32 kings — done by next week. With a fully finished pool and sauna outside, a construction process that began in December 2021 is nearing completion.

It was a process the owners were unsure would ever happen. In fact, the group originally had a different town in mind.

“We only stopped in Pendleton on our way to see a hotel in Baker City,” Mogg said, “Then we saw this hotel and knew that’s what we wanted. We got really excited. After going over the numbers, we didn’t even end up going to Baker City.”

The three were drawn into the atmosphere of Pendleton, and talked things over with Economic Development Director Steve Chrisman. When the lodge secured a $500,000 grant from the Pendleton Development Commission, it cleared another hurdle to get things started.

Now, the owners want the hotel to serve as a way for tourists to experience the same thing they did those years ago.

“We really want to bring a new type of traveler to Pendleton,” Duncan said. “Our motto is ’embrace the journey.'”

Chrisman agreed, noting the untapped potential of Pendleton outside of the town’s preomier event, the Round-Up.

“The hotel will drive in adventure bikers and other travelers from all over to see Pendleton,” Chrisman said. “This place has gone from a section of town that didn’t perform to a new place this will generate a lot of revenue.”

And the revenue already has started. Despite not being open to the public, the MotoLodge is booked solid for next week. With the Jackalope Jamboree coming to town, many visitors turned to the hotel as a place to stay.

Even with the success, there’s still a bit of work to do. Shipping delays leave the hotel with bed frames and desks. But those small missing pieces do little to sour the excitement for the rehabbed establishment.

The hotel is looking to rent out the pool and sauna area for parties, and plans on selling passes to come to the pool as well. Even before they open their doors, Duncan and the rest of the lodge owners have become intertwined in the community.

“A big reason that I’m excited for the whole project is because I love the owners’ energy,” Chrisman said, “it’s infectious to me and to the community. It’ll bring people in.”

For the group that was not even considering Pendleton when they started their hotel journey, they could not agree more with Chrisman.

“It’s not like we found Pendleton,” Duncan said, “Pendleton found us.” 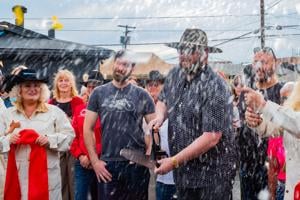