KEIZER — In 2018, Garrett Bozdeck and other members of what would be the future Crescent Valley baseball team drove to Volcanoes Stadium in Keizer to watch the Raiders play in the state championship game. Crescent Valley lost 2-0 to Crater, and after the game Bozdeck and his teammates made a pact.

“We saw them lose. And that was our first motivation,” Bozdeck said. “We’re like, that’s going to be us in four years. We want to win that game.”

On Saturday, Bozdeck and the Raiders returned to Volcanoes Stadium. This time, Crescent Valley is walking out with the Class 5A state championship after beating Lebanon 6-0.

“It’s the best feeling in the world,” said pitcher Noah Dewey. “We’ve been playing with each other since middle school, so it’s just really awesome to be able to put it all together.”

Dewey was brilliant on the mound on Saturday. In 6.1 innings, the senior allowed two hits, walked two and struck out nine while Lebanon couldn’t find a way onto the scoreboard.

Dewey hit his maximum pitch count one out into the final inning. Fellow senior Landen Parker took the mound and was met with a large embrace from Dewey.

“Just soak it all in, I’m so proud of you,” Dewey said to Parker as the two shared the mound for a moment in the seventh inning.

Parker didn’t record a save, but he did allow one hit, no walks and struck out one as he grabbed the final two outs of the game and was met with a mob of teammates as the Raiders sealed the win.

Offensively, Bozdeck was the hero on Saturday. The senior second baseman had two hits and three RBIs. He hit a double in the top of the seventh inning that made sure Lebanon wouldn’t come close to a comeback in the end of the game.

With the low seed, McDonald said focus for the playoffs was to just play as well as they could with the hand they were dealt.

With that attitude, Bozdeck said the Raiders were able to play their best baseball with no added pressure on themselves.

Dewey added that opposing teams also may have taken Crescent Valley for granted with the double-digit seed next to their name.

“I think it really helps that we were the 11 seed,” said Dewey. “Because every team things, oh we’re just going to roll these guys, or it’s going to be super easy.”

On top of the state championship, Crescent Valley got the ultimate revenge on Lebanon on Saturday. Both members of the Mid-Willamette Conference, Lebanon swept the season series with wins of 11-4 and 8-4.

But Saturday’s game, while against the same opponent, was different. Bozdeck said the Raiders practiced hard to prepare for Lebanon ace Ryan Rivers by running batting practice against pitches in the high 80s.

“It was the preparation we went through,” Bozdeck said. “We knew we were playing these guys in the championship. We knew we were facing a good arm in Ryan Rivers. He’s player of the year for a reason.”

On top of the extensive preparation, McDonald said the Raiders had a new swagger about them after three-straight upset wins brought them to the state championship game.

“It’s just that they were very confident,” he said.

“We weren’t scared like we were before,” Dewey added. “We were ready.”

The Raiders got the scoring started in the top of the second inning, as Caleb Kelley scored on a fielding error.

In the top of the third inning, Crescent Valley added to its lead as Landen Parker scored on an RBI single by Noah Dewey. Later in the inning, Dewey scored on a single by Garrett Bozdeck to make it a 3-0 game.

The Raiders blew the game open in the top of the seventh inning, Walker Still scored on a double by Luey Campos. Later in the inning, Bozdeck hit a two-RBI double to make it a 6-0 lead. 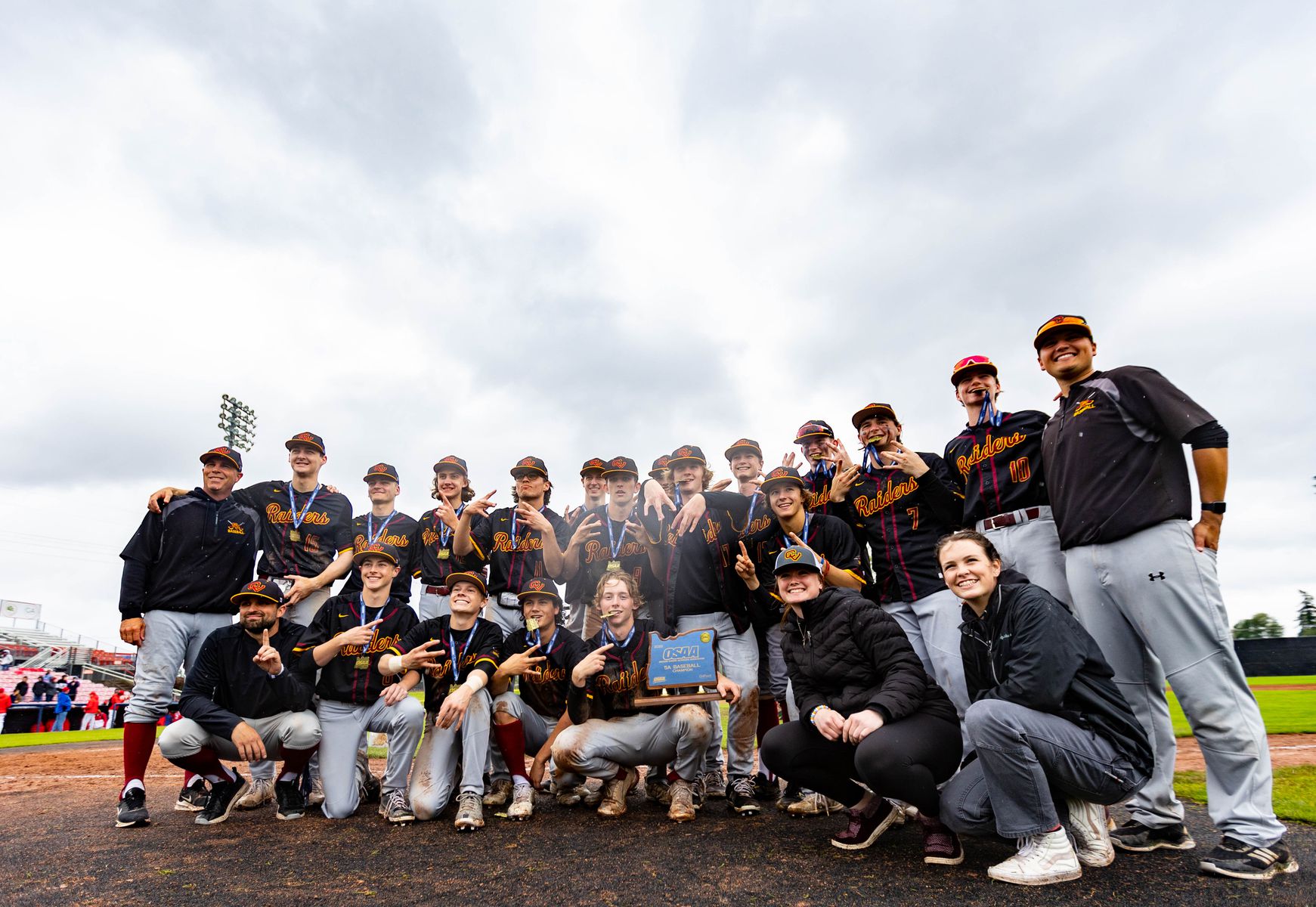