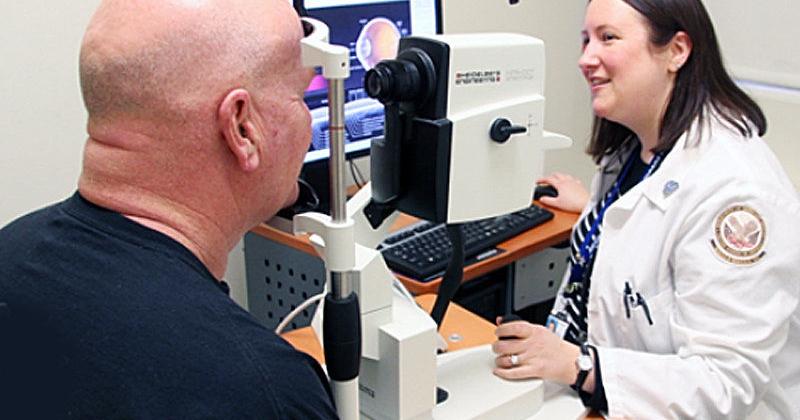 PENDLETON — Veterans in Northeastern Oregon raised a number of questions and issues Saturday, June 4, during a virtual town hall meeting to discuss possible Veterans Administration changes to delivering health care in the area.

This was the first of three virtual meetings Oregon Sen. Ron Wyden, D, is holding for veterans to give input in the wake of vets at a recent Union County town hall expressing concerns over a proposal to move some VA health care services from Walla Walla to Spokane.

“The veterans who participated were particularly troubled about what they felt was the direct touch that’s so important for veterans health care was just going away from the rural part of the state,” Wyden told those attending the June 4 event.

Following the Union County meeting, he said, he contacted Dr. Teresa Boyd, network director for VISN 20, the VA Northwest Health Network, and Scott Kelter, medical center director of the Jonathan M. Wainwright Memorial VA Medical Center in Walla Walla, where many veterans in Northeastern Oregon go for services. They both agreed to participate in the three town halls.

Wyden said local veterans are “troubled by a whirlwind of hasty changes, involving a new electronic health record system, delays in delivery of care and recommendations to move VA care further away from Eastern Oregon.” He added he was concerned Eastern Oregon veterans did not get enough voice in the changes and proposals, and he wanted to make sure the Veterans Administration was not making “some shortsighted cost cutting” at the expense of veterans.

Wyden then opened the floor to questions for Boyd and Kelter.

Staffing at center of delays

Veteran Ken McCormack, chair of the veteran advisory council for the La Grande community-based outpatient clinic, or CBOC, was first up with several matters.

Community care in La Grande can mean waiting on the phone 20 to 30 minutes for someone to answer because of short staffing, he said, and reimbursement for travel is backed up to last summer. He also said the call center in Walla Walla seems to drop messages and has to handle a larger area than in the past. He also said it took six months for the La Grande facility to hire a registered nurse and another month for the new hire to learn the system.

Kelter said most delays are due to staffing issues.

“We have been trying every hiring flexibility that is available to recruit staff,” he said, but the VA is competing with employers who can offer better pay and incentives. And coaxing people back to work after learning to work remotely due to the pandemic is another challenge.

Catching up on travel reimbursements, he said, also is about staffing and could come down to contracting that out.

“Obviously that will be at higher cost to do that, but we are committed to getting those claims down,” he said.

Recruiting registered nurses “is challenging across the board,” Kelter said, and while the VA has made hiring incentives, applicants might pass because they can get on somewhere else faster. The VA also has cut down its on-boarding process, but the VA still has the obligation to ensure someone treating vets is safe.

A question from a Umatilla County resident also brought up delays. Shanna — no last name available — said her father is a vet and has hearing loss, so telehealth does not work for him. But he was not able to get him an appointment in person until the end of July. She said she was concerned about moving his care even farther away.

“We’re almost driving two hours round trip to get him seeing providers in Walla Walla,” she said.

Kelter said as a veteran himself and with a son and daughter in the military now, he is keenly interested in access to veteran care, and the delay in his care is a concern. He said he would follow up and look into the situation. He also said her father or whoever is with him can record appointments to review later to help him understand what a provider said.

Crissa Fastabend, VA clinic manager in La Grande, raised concerns about Cerner, the new electronic health record system the Veterans Administration is implementing. When it went live in Spokane, she said, there were a slew of problems.

Kelter said the new system presented a “huge learning curve” and since Spokane there have been more than 2,000 incremental changes and there are issues that still need correcting. Implementing the new system is a 10-year process, he said, but technical support for the previous system is ending.

Boyd and Kelter also addressed concerns on the Asset and Infrastructure Review — AIR — Commission to modernize and realign the VA health care system. Boyd said at this point, changes to Walla Walla and other places are just recommendations, and implementation will take years. Between now and then, she said, there are going to be numerous steps for more input.

“It’s going to take all of us to come to a good implementation plan,” she said.

Kelter said the question comes down to how do we take the recommendations of the AIR Commission and make sure they have positive results, including balancing the use of technology and in-person care.

He noted this process does not take the place of smart decisions in the field, and when the recommendations ultimately come down, the VA is looking at some matters that will affect Eastern Oregon veterans.

The VA is looking at more telehealth care in Boardman and Enterprise, and Kelter said he wants to see a provider at those locations more often as well as a nurse.

“The staffing model that we’re pursuing there I think will help in those areas in particular,” he said, adding the VA also is looking at how it can best staff the La Grande clinic to meet veterans needs.

The AIR Commission is recommending to increase services in the Tri-Cities because the need is there, he said, but it remains to be seen what that means for Walla Walla.

“Just because we increase it in the Tri-Cities does not necessarily mean the demand decreases in Walla Walla to where we won’t support those services any more,” Kelter said.

He stressed the AIR Commission is about providing more and better care to veterans, not about cutting costs. And he said shifting Walla Walla’s rehabilitation treatment to Spokane is what is on the plate, but not other services.

One questioner pointed out Boise is closer to Union County than Spokane, so could Union County become part of veteran care out of Boise if changes in Walla Walla go through? That seemed to pique the interests of Boyd and Kelter. Boyd called the suggestion an “interesting thought” and worth looking over. Kelter said this fits with the AIR Commissioners looking at aligning service areas.

Wyden at the end said details will be forthcoming on the next two meetings, but his point in all this is making the government go the extra mile for veterans rather than making veterans go extra miles for their care. 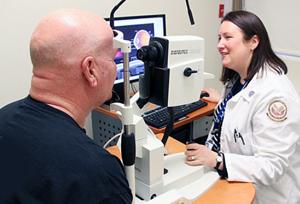