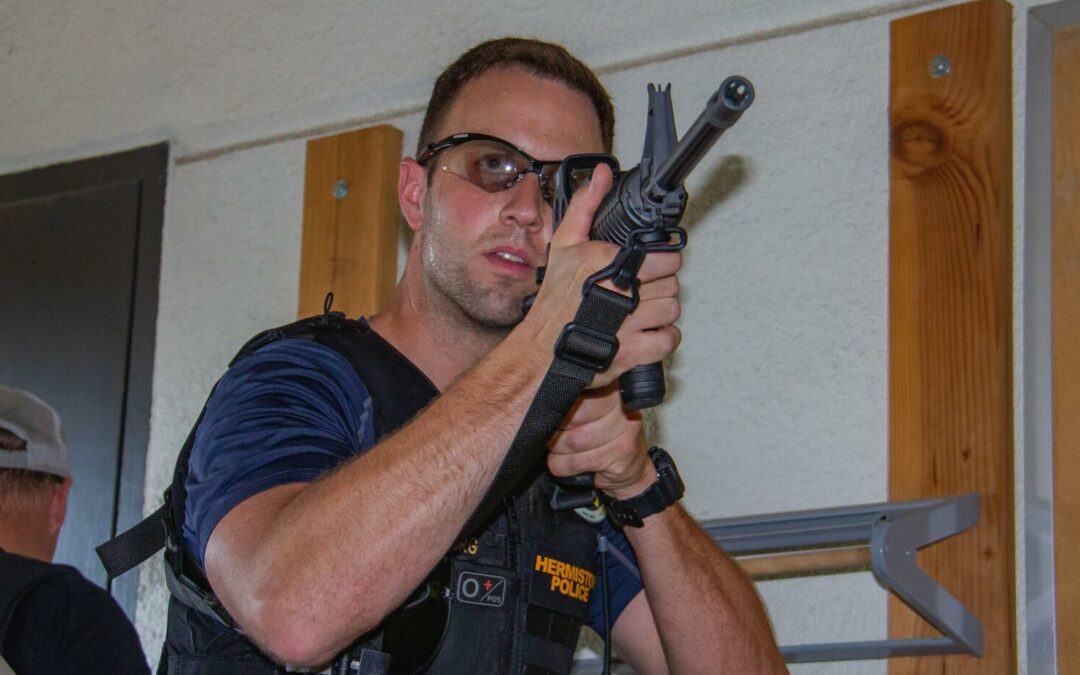 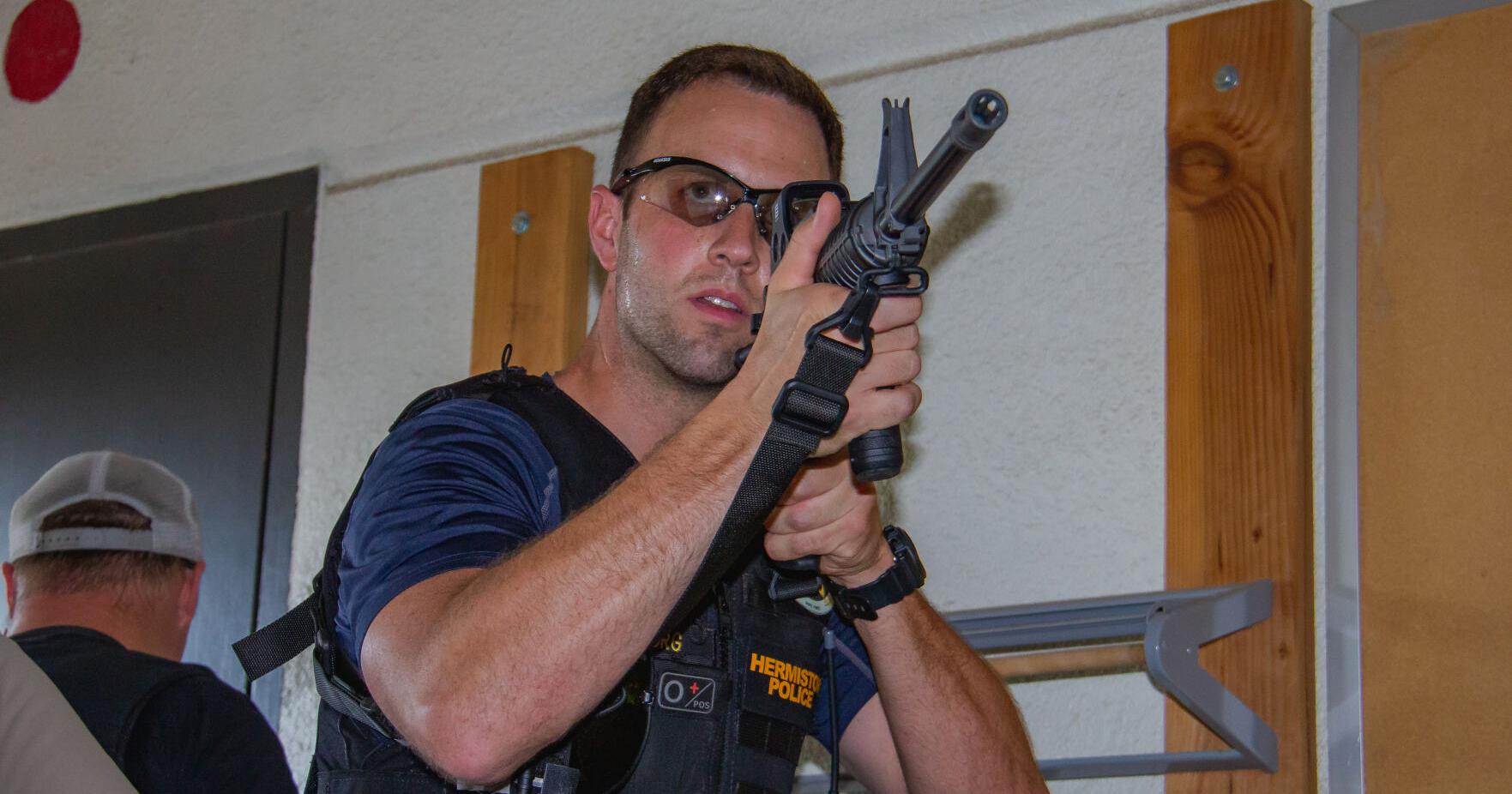 The training took place Friday and Saturday, July 29 and 30, in Hermiston at the former Rocky Heights Elementary School. Hermiston Police Chief Jason Edmiston said the plan was to allow the OSP SWAT team to what training it could do, then state police would oversee training for local patrol officers that would serve as a reminder to how to respond to certain situations, such as a building alarm or even an active shooter. 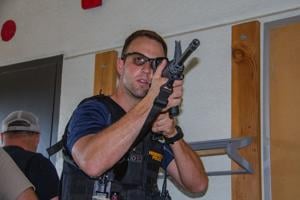