For the second year in a row, Oregon turned to Kolby Somers early and the closer was called for a critical balk.

With Oregon trailing 3-2 in the sixth, Somers entered with two on and no out in the sixth. He got a sacrifice fly and fly out before the balk, which the Cardinals followed with an RBI double and RBI single to open a four-run lead and went on to beat the Ducks, 8-5, in an NCAA Regional semifinal Sunday afternoon at Patterson Stadium.

Anthony Hall went 2 for 4 with a two-run double in the eighth that got UO within 7-5 and bring the tying run to the plate. But UL’s Tate Kuehner struck out Josiah Cromwick and got Sam Novitske to fly out to end UO’s rally. 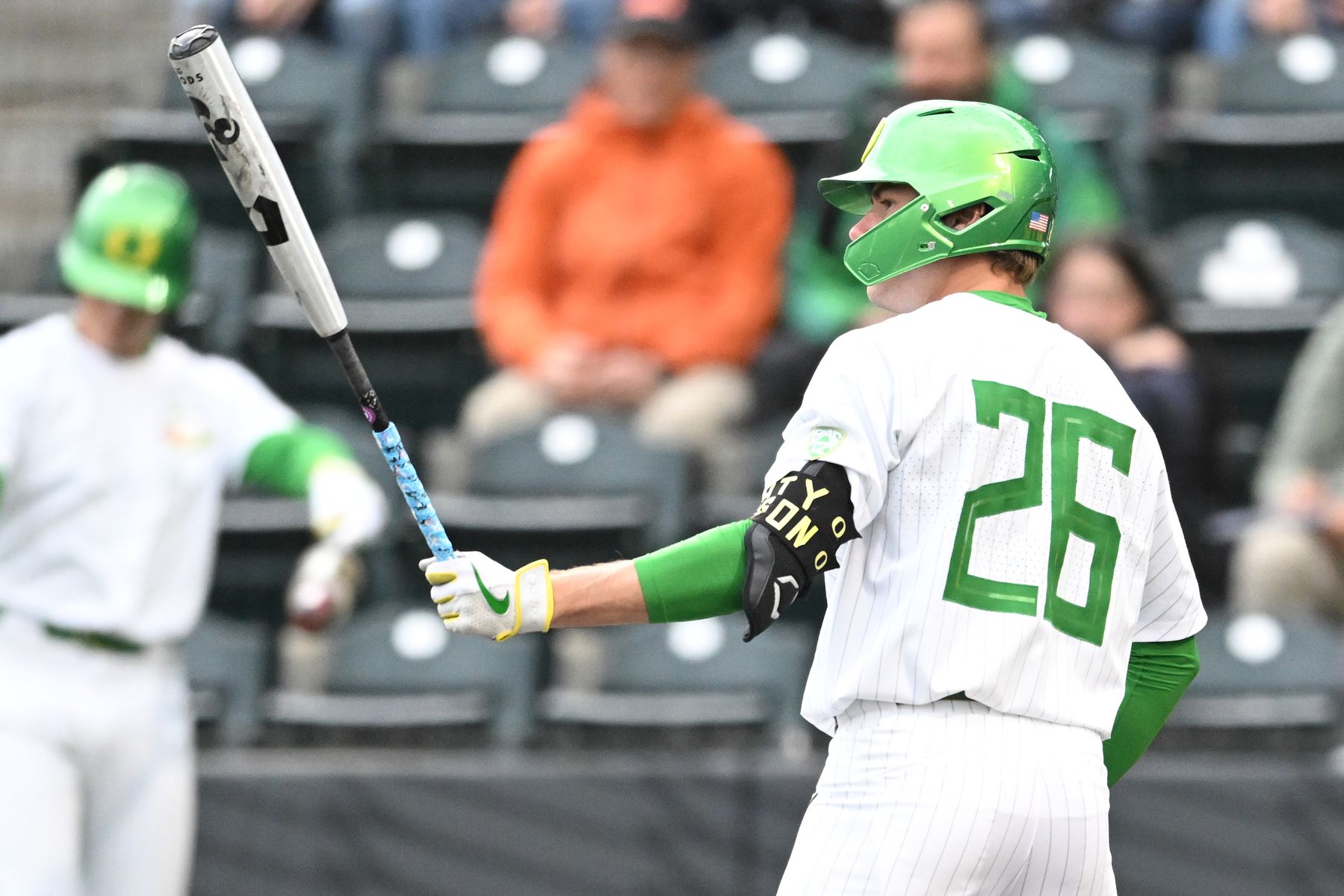