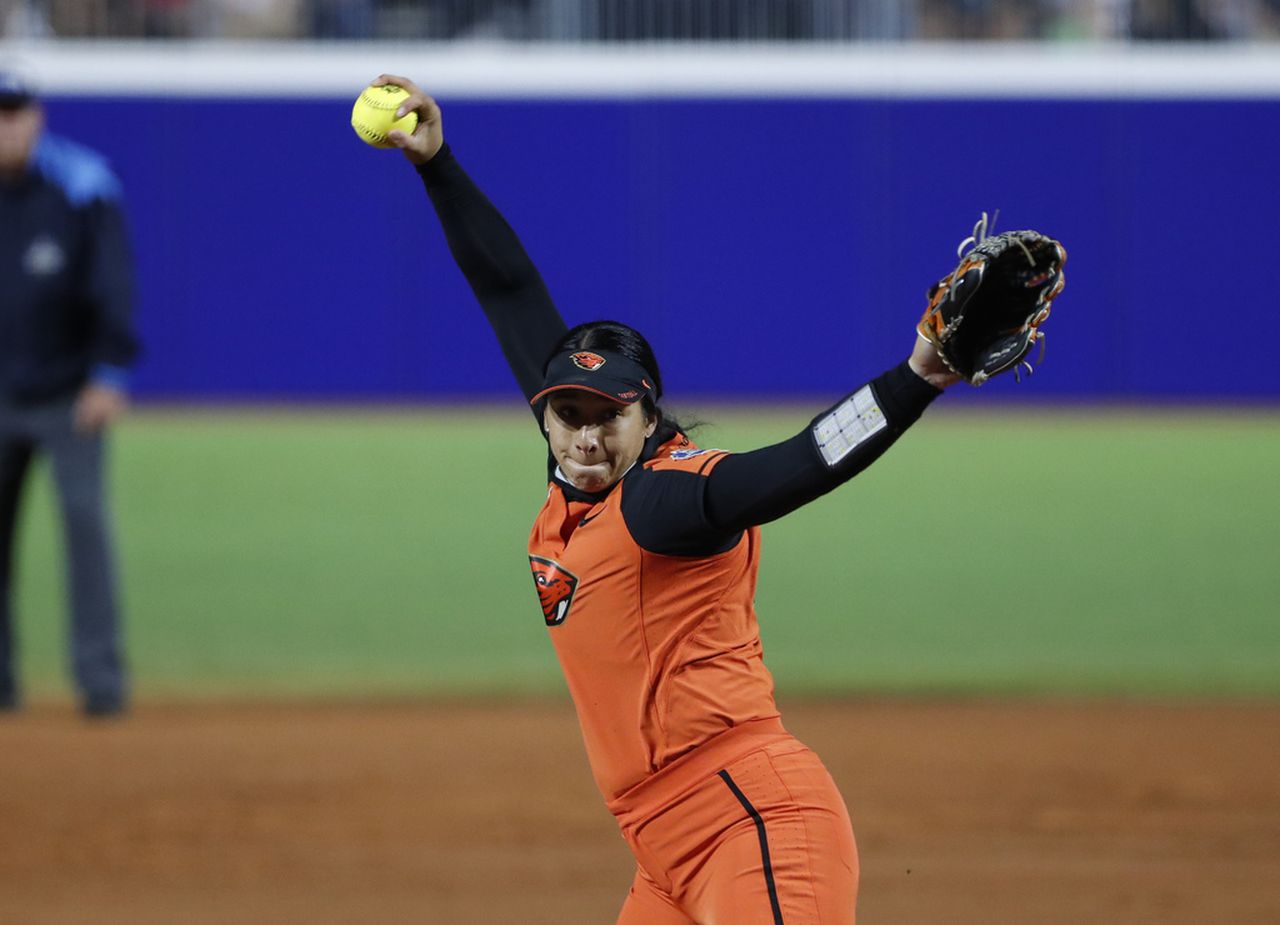 OKLAHOMA CITY – Mariah Mazon has been the face of Oregon State softball for almost as long as the five years she’s been enrolled at the school.

Mazon’s career didn’t end the way the fifth-year senior pitcher wanted, but at least she had a chance to give it a shot Friday night.

Oregon State lost 3-1 to Arizona in the Women’s College World Series, ending the Beavers’ dream postseason run. Even in defeat, it wouldn’t have been the same without Mazon, who didn’t play during Thursday’s opener because of an unspecified illness.

Mazon rallied Friday and was able to make it to OGE Energy Field, where the school’s all-time strikeout leader and third-team All-American pitched a complete game six-hitter. It was her first and only appearance in a WCWS game.

“I’m so glad I came to Oregon State,” said Mazon, who grew up in central California. “When I committed, Oregon State wasn’t really a big-name school. I thought, I want to be that person that creates a name for Oregon State. I kind of did what I came here to do. It’s just been a great experience.”

“She has created a name for our program,” left fielder Madison Simon said.

OSU coach Laura Berg had no doubt Mazon would make it to the field Friday and not miss a step.

“I wasn’t concerned. Mariah has the heart of a warrior,” Berg said. “She’s an incredible athlete, and incredible young woman and the real world better watch out.”

Oregon State surprising run to the WCWS was the school’s first appearance in 16 years. Among the many things that were spoken while the team huddled in right field after the game, it was this: let’s get back. Barring any transfers, everyone is back except Mazon.

“They got a taste of it. It’s like blood in the water now. They’re sharks. We’ve got to go after what it is that we want,” OSU coach Laura Berg said.

Friday’s game was an interesting matchup of two teams that were nearly left out of the NCAA tournament. OSU had to win its final regular-season series against Utah, and Arizona needed a late-season run to earn one of the final at-large berths.

They proved those picks worthy, as Oregon State and Arizona battled on the road to win regional and super regional series to land among the final eight in the WCWS.

“I think a lot of people were surprised, and it just doesn’t shock me because our conference, it’s hard,” Arizona coach Caitlin Lowe said.

It played out Friday night the way you’d expect from two scrappy underdogs. The game was tied 1-1 until the bottom of the sixth, when Arizona broke through for a pair of runs to take the lead.

But OSU didn’t go quietly. Simon went through 13 pitches before drawing a one-out walk in the seventh. Des Rivera then hit a bullet down the third base line that might have been a double if not for an alert play by Wildcats’ third baseman Izzy Pacho. Then with two out and two runners aboard, Kiki Escobar hit a rope to left field that Arizona’s Jasmine Perezchica secured to eliminate the Beavers.

There will be some regrets, obviously. OSU didn’t hit well in either WCWS game. Mazon’s absence was felt in the tournament opener. As Berg talked about things to work on for the upcoming season, improved defense will be a loud talking point. All of Arizona’s runs scored on less-than-stellar outfield play.

“There are some balls out there that should have been caught. And they know it. They heard it from me,” Berg said. “We make those plays, and we’re the ones that come out on top.”

Berg and the Beavers are bummed by the way it ended, but that feeling will end quickly once the accomplishments of the 2022 season are totaled.

There was a 17-game winning streak. An incredible 10th inning rally against Utah that proved pivotal in reaching postseason play. All-conference and all-freshman players throughout the roster. Winning two games on a Sunday against host Tennessee to win the Knoxville Regional. A sweep of Stanford to earn a WCWS berth for only the second time in school history.

Arizona, as it turned out, went through a lot of the same things. The Wildcats were once 1-10 in Pac-12 play, yet here they were with Oregon State in Oklahoma City as the two best underdog stories.

It’s one reason Lowe wouldn’t take no for an answer after the game when she wanted to give Berg a hug, only to be told she was under the weather.

“I said, ‘C’mon, Bergey,’ and so I went for it,” Lowe said. “I know she’s a great coach. I know her players look up to her and she does things the right way.” 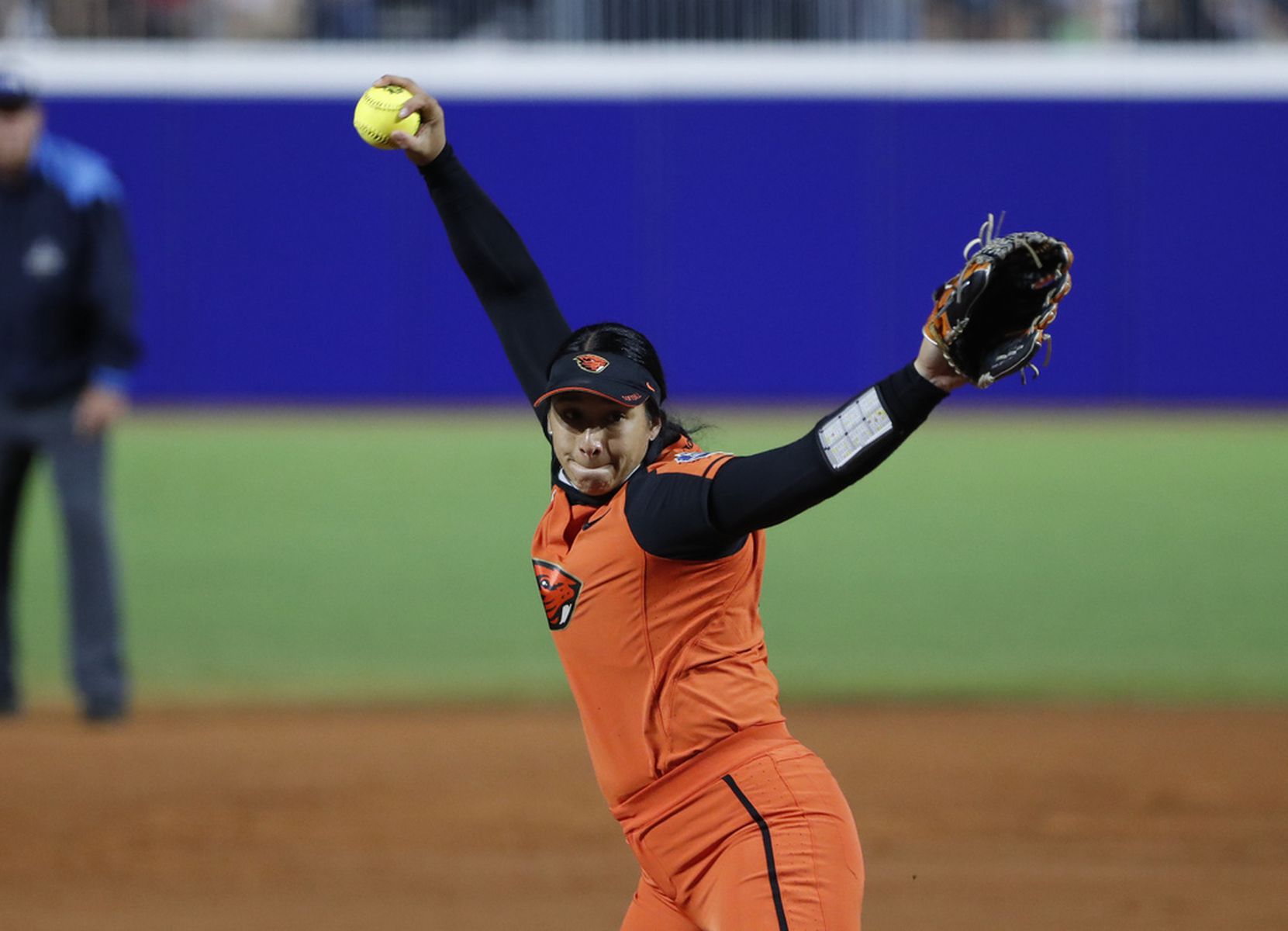