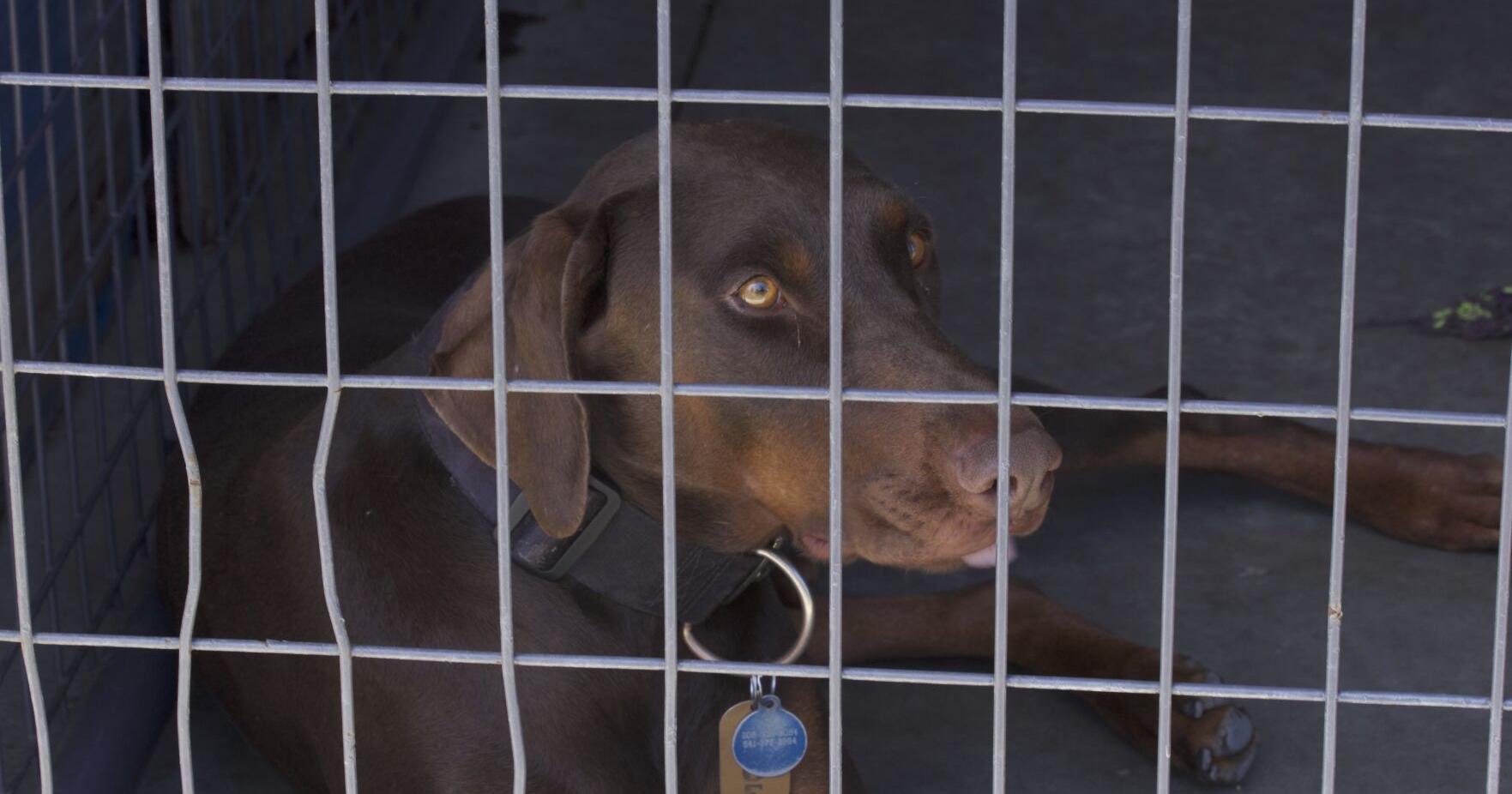 PENDLETON — Pendleton Animal Welfare Shelter is about to burst at the seams from an influx of cats and dogs.

PAWS Vice President Shaindel Beers said the facility received twice as many cats and dogs as in most summers.

“So many people are having financial trouble because of COVID,” Beers said, “There’s a kitty we just picked up that was left because the owners couldn’t afford their home anymore.”

Plenty of local residents who purchased a pet for companionship during the pandemic have been giving them up. Abandoned pets have become the norm for a lot of PAWS pickups. From kittens rescued from the streets to a new dog mother found under a junkyard RV with her puppies, most pets in the shelter have a tragic backstory.

Those scared animals interact with a staff that is stretched thin. With so many new rescues, PAWS looks for volunteers who can help ease the load.

And it’s not just financial struggles bringing in hoards of cats and dogs. Beers says the pandemic caused medical supplies to be redirected from the typical spay and neuter procedures, meaning more animals are roaming around than in years past.

“Shelters all around the country are in crisis right now because of all of the puppies and kittens that normally wouldn’t be born that are now here,” she said.

From May 16 to June 13, PAWS received 188 cats and 89 dogs. While summers tend to be a busy season for rescues, the shelter already has taken in double the normal amount of animals.

Because a cat’s litter is typically bigger than a dog’s, there are many more felines waiting to be adopted. And even with so many of both animals, the shelter still has a demand for more.

Because PAWS is a no-kill shelter — meaning it does not euthanize animals to control population — Beers and the staff have had to turn away guests. The wait-list of animals already is well past normal numbers.

“It’s really sad because people might end up taking the animals to a kill shelter or just dumping them,” Beers said. “And we’re seeing a lot of that.”

Pandemic-related financial concerns also have slowed adoptions, meaning many more animals are coming into the shelter than going out. To remedy this, PAWS turns to other events to help find pets a loving home.

Starting July 11, the Bissell Pet Foundation is sponsoring Empty the Shelter, where all pets are available for a $25 adoption fee. Empty the Shelter will go on for nearly three weeks until July 31.

Along with seasonal events and discounts, PAWS offers two other year-round options. One is the Seniors for Seniors program, where those over 65 can purchase an older pet at a discount.

And for those not interested in adopting, an individual or business can sponsor an animal by covering its adoption costs. There already are several sponsored pets in the shelter.

Above all else, the staff hopes the animals will find homes that care for them.

“When you adopt a shelter animal, you need to have patience,” manager Kelli Dailey said, “You don’t know what their background is because most of the time they come in as strays.”

That hard work, she says, will pay off.

“If you give them time. You have to work with them, be patient, and they’ll be the best animals for you,” Dailey said.