Police chase in Pendleton ends with crash into OSP car 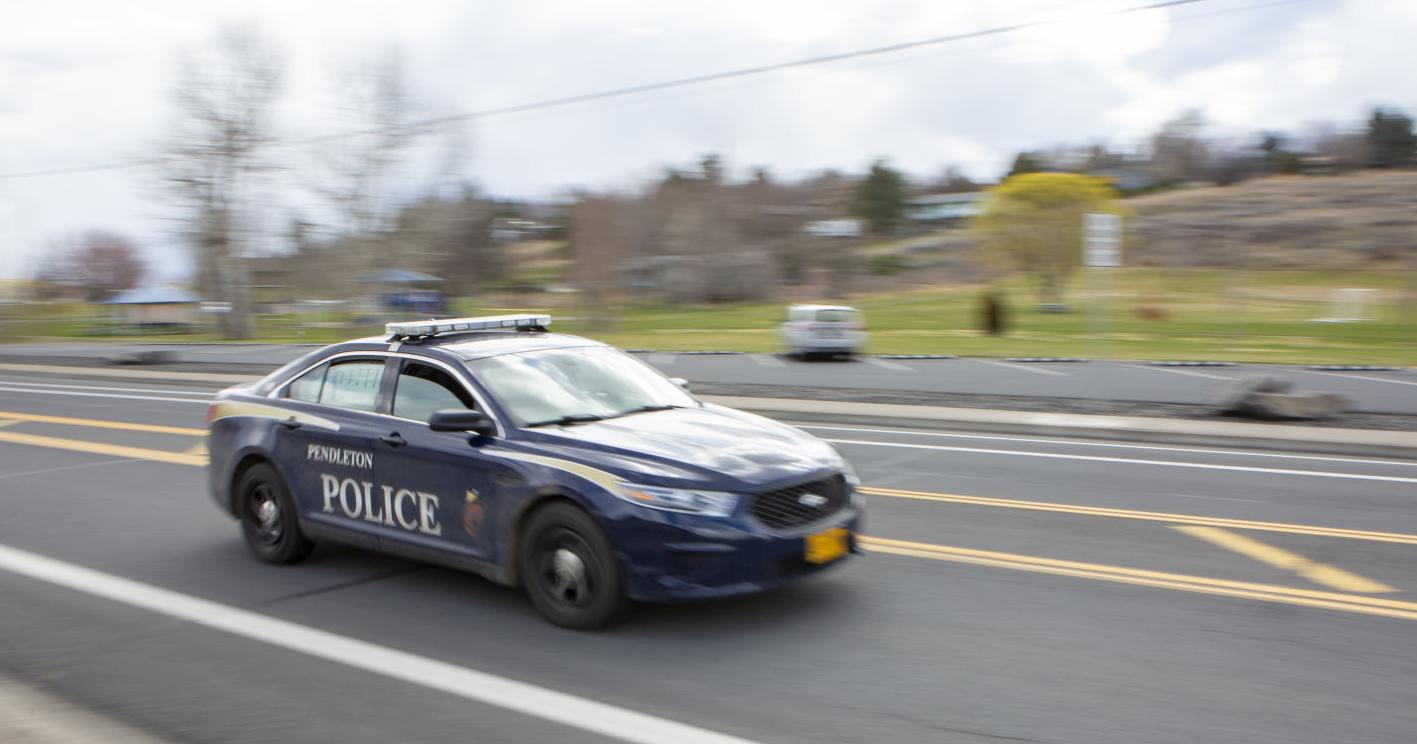 Pendleton Chief of Police Charles Byram also reported officers are looking for two passengers who got out before the crash.

The pursuit began after 6:06 a.m., Byram reported in a press release, when a Pendleton patrol officer attempted to stop a gray Subaru Impreza with Washington license plates in the area of the 1400 block of Southwest Emigrant Avenue after recognizing one of the car’s passengers as having a felony warrant for his arrest.

The patrol officer gave chase, but lost sight of the vehicle near Southgate and Southwest 20th Street.

At about that time, according to Byram, an Oregon State Police trooper observed the Impreza speeding in the center lane on Southgate, traveling south. The trooper and Pendleton patrol officer pursued the vehicle.

The pursuit continued through the McKay area, ultimately going back through town and onto the North Hill. During this time, the two passengers fled the vehicle while the driver continued to flee police.

The chase came to a halt on the 10th Street bridge, Byram reported, when the Impreza crashed into an Oregon State Police vehicle.

“Officers know who the two passengers are and will continue to seek them out to arrest them on their warrants as well,” according to Byram.

The police chief also reported Mapston told the arresting officers they were not supposed to pursue him, alluding to the state of Washington legislation prohibiting law enforcement from pursuing vehicles.

Byram noted, “Mapston was advised that he was not in the state of Washington.”

Byram also reported no one was injured in the chase.