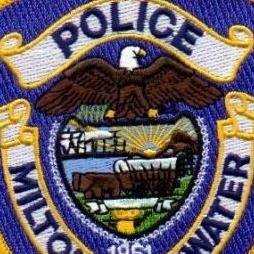 A fight in a Milton-Freewater bar led to one person being “presumably stabbed in the neck area,” according to a police report.

The Milton-Freewater Police Department was dispatched to a fight in progress at the Let’s Go Inn, 515 N. Main St., Milton-Freewater. Police claim three people had been involved in this incident, which took place Wednesday, June 1, 2022.  Johnny Diaz, 31, suffered an injury from the fight.

Police report Diaz, a Milton-Freewater resident, was injured with a “pointed/edged weapon of an unidentified type.”

Before the police arrived on the scene, Diaz was taken to St. Mary Medical Center in Walla Walla. He is expected to survive his injury, according to police.

“Witnesses told officers that two individuals had entered the bar and immediately began causing a disturbance with other patrons prior to the attack on Diaz,” the police report states.

The MFPD report continues, stating the incident is believed to be gang related.

“A person of interest has been identified and is wanted for questioning regarding the incident,” the report states. “The investigation is ongoing.”