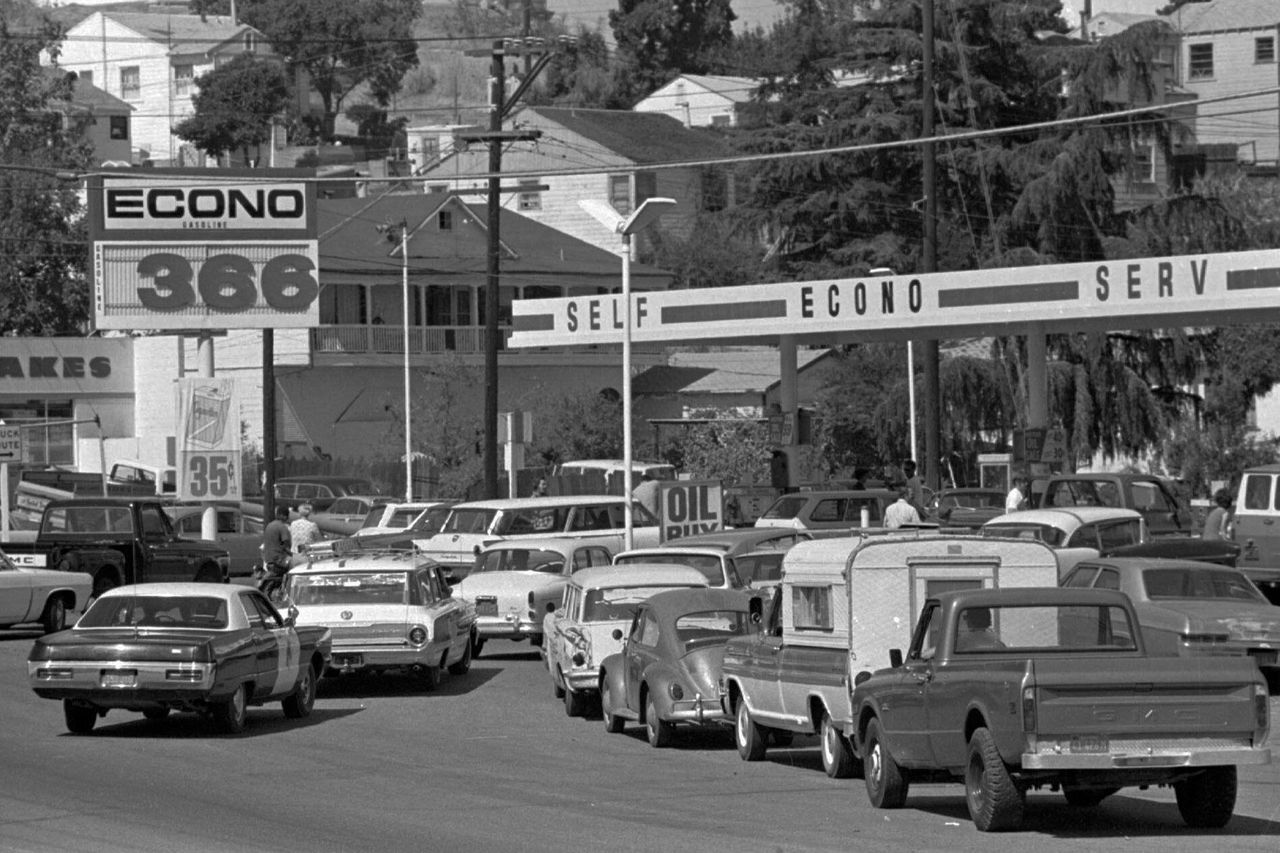 WASHINGTON — Stagflation. It was the dreaded “S word” of the 1970s.

Stagflation is the bitterest of economic pills: High inflation mixes with a weak job market to cause a toxic brew that punishes consumers and befuddles economists.

For decades, most economists didn’t think such a nasty concoction was even possible. They’d long assumed that inflation would run high only when the economy was strong and unemployment low.

But an unhappy confluence of events has economists reaching back to the days of disco and the bleak high-inflation, high-unemployment economy of nearly a half century ago. Few think stagflation is in sight. But as a longer-term threat, it can no longer be dismissed.

This week, the World Bank raised the specter of stagflation in sharply downgrading its outlook for the global economy.

“The world economy is again in danger,” the anti-poverty agency warned. “This time, it is facing high inflation and slow growth at the same time. … It’s a phenomenon — stagflation — that the world has not seen since the 1970s.”

“The economic outlook globally,” Yellen said, “is challenging and uncertain, and higher food and energy prices are having stagflationary effects, namely depressing output and spending and raising inflation all around the world.”

The government estimates that the economy shrank at a 1.5% annual rate from January through March. But the drop was due mostly to two factors that don’t reflect the economy’s underlying strength: A rising trade gap caused by Americans’ appetite for foreign products and a slowdown in the restocking of businesses inventories after a big holiday season buildup.

For now, economists broadly agree that the U.S. economy has enough oomph to avoid a recession. But the problems are piling up. Supply chain bottlenecks and disruptions from Russia’s war against Ukraine have sent consumer prices surging at their fastest pace in decades.

The Federal Reserve and other central banks, blindsided by raging inflation, are scrambling to catch up by aggressively raising interest rates. They hope to cool growth enough to tame inflation without causing a recession.

It’s a notoriously difficult task. The widespread fear, reflected in shrunken stock prices, is that the Fed will end up botching it and will clobber the economy without delivering a knockout blow to inflation.

Former Fed Chair Ben Bernanke last month told The New York Times that “inflation’s still too high but coming down. So there should be a period in the next year or two where growth is low, unemployment is at least up a little bit and inflation is still high.”

And then Bernanke summed up his thoughts: “You could call that stagflation.”

Mark Zandi, chief economist at Moody’s Analytics, has his own rough guide: Stagflation arrives in the United States, he says, when the unemployment rate reaches at least 5% and consumer prices have surged 5% or more from a year earlier. The U.S. unemployment rate is now just 3.6%.

In the European Union, where joblessness typically runs higher, Zandi’s threshold is different: 9% unemployment and 4% year-over-year inflation, in his view, would combine to cause stagflation.

Until about 50 years ago, economists viewed stagflation as a near-impossibility. They hewed to something called the Phillips Curve, named for its creator, economist A.W.H. “Bill” Phillips (1914-1975) of New Zealand. This theory held that inflation and unemployment move in opposite directions.

Somehow, reality hasn’t proved so straightforward. What can throw things off is a supply shock — say, a surge in the cost of raw materials that ignites inflation and leaves consumers with less money to spend to fuel the economy.

Which is exactly what happened in the 1970s.

Saudi Arabia and other oil-producing countries imposed an oil embargo on the United States and other countries that supported Israel in the 1973 Yom Kippur War. Oil prices jumped and stayed high. The cost of living grew more unaffordable for many. The economy reeled.

Enter stagflation. Each year from 1974 through 1982, inflation and unemployment in the United States both topped 5%. The combination of the two figures, which came to be called the “misery index,” peaked at a most miserable 20.6 in 1980.

No. For now, the stagflation glass is only half-full.

There’s “flation” for sure: Consumer prices shot up 8.3% in April from a year earlier, just below a 41-year high set the previous month.

Consumer prices are surging largely because the economy rebounded with unexpected vigor from the brief but devastating pandemic recession. Factories, ports and freight yards have been overwhelmed trying to keep up with an unexpected jump in customer orders. The result has been delays, shortages and higher prices.

Critics also blame President Joe Biden’s $1.9 trillion stimulus plan of March 2021 for overheating an economy that was already hot. The Ukraine war made things worse by disrupting trade in energy and food and sending prices up.

But the “stag” has yet to arrive: Even though the government reported Thursday that economic output shrank from January through March, the nation’s job market has kept roaring.

At 3.6%, the unemployment rate is just a notch above 50-year lows. The Fed last month reported that Americans are in solid financial health: Nearly eight in 10 adults said last fall that they were “doing okay or living comfortably” — the highest proportion since the Fed started asking the question in 2013.

Still, the risks are accumulating. And so are concerns about potential stagflation. Fed Chair Jerome Powell acknowledged last month that the central bank might not be able to achieve a soft landing and dodge a recession. He told American Public Media’s “Marketplace” that he worries about “factors that we don’t control” — the Ukraine war, a slowdown in China, the lingering pandemic.

At the same time, inflation has been eroding Americans’ purchasing power: Prices have risen faster than hourly pay for 13 straight months. And the nation’s savings rate, which soared in 2020 and 2021 as Americans banked government relief checks, has fallen below pre-pandemic levels.

Europe is even more vulnerable to stagflation. Energy prices there have skyrocketed since Russia’s invasion of Ukraine. Unemployment in the 27 EU countries is already 6.2%.

WHY DID STAGFLATION VANISH FOR SO LONG?

For four decades, the United States virtually banished inflation. In the early 1980s, Fed Chair Paul Volcker had jacked up interest rates so high to fight inflation — 30-year mortgage rates approached a dizzying 19% in 1981 — that he caused back-to-back recessions in 1980 and 1981-82. Yet Volcker achieved his goal: He managed to rid the economy of high inflation. And it stayed away.

“The Fed has worked hard since the stagflation of the late 1970s and early 1980s,” Zandi said, “to keep inflation and inflation expectations closer to its target,” which is now around 2%.

Other factors, including the rise of low-cost manufacturing in China and other developing countries, kept a tight lid on prices that consumers and businesses pay.

The United States has endured periods of high unemployment — it reached 10% after the 2007-2009 Great Recession and 14.7% after COVID-19 erupted of 2020. Yet until last year, inflation had remained at bay. In fact, not since 1990 has the nation faced a year of Zandi’s 5%-inflation, 5%-unemployment stagflation standard. 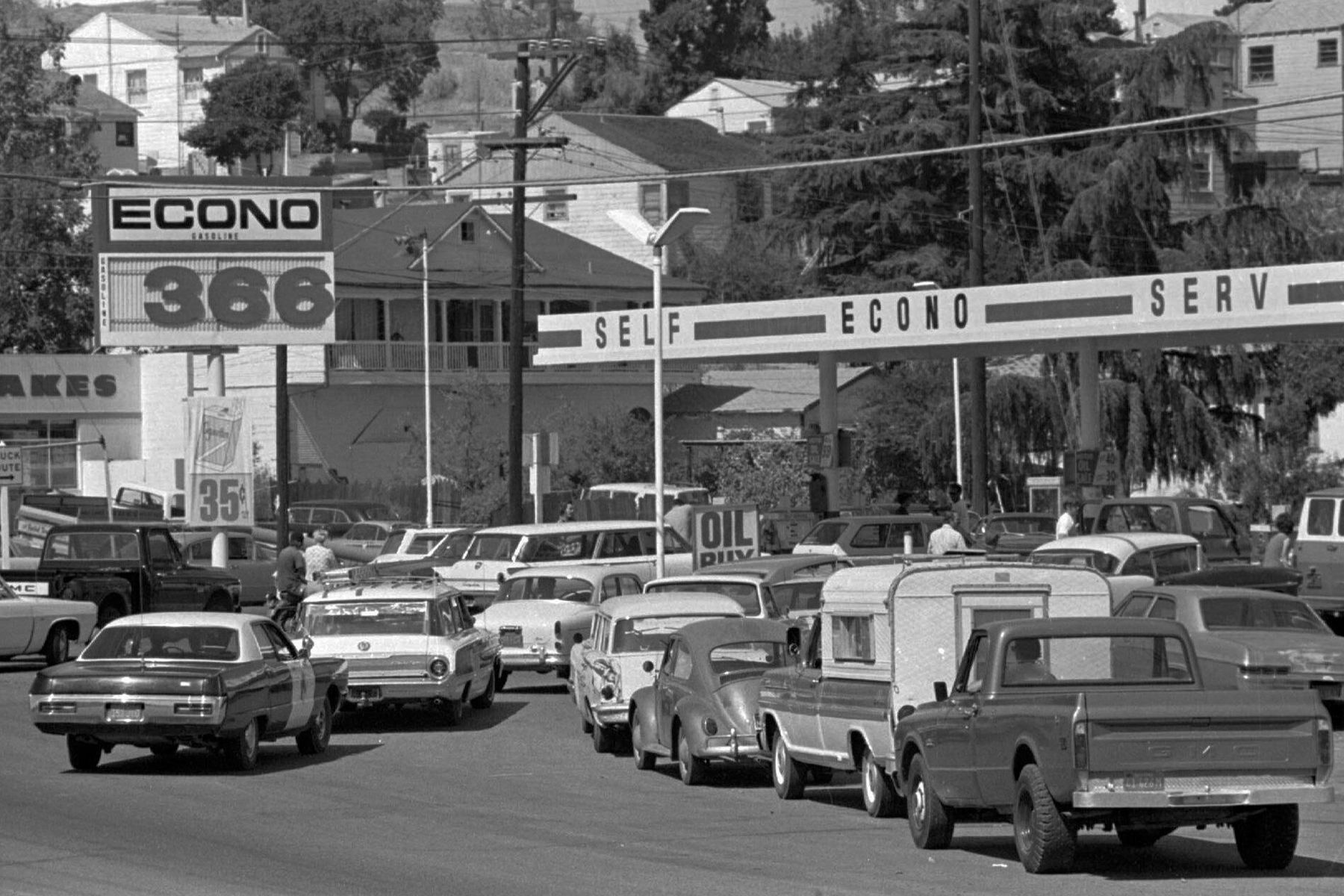