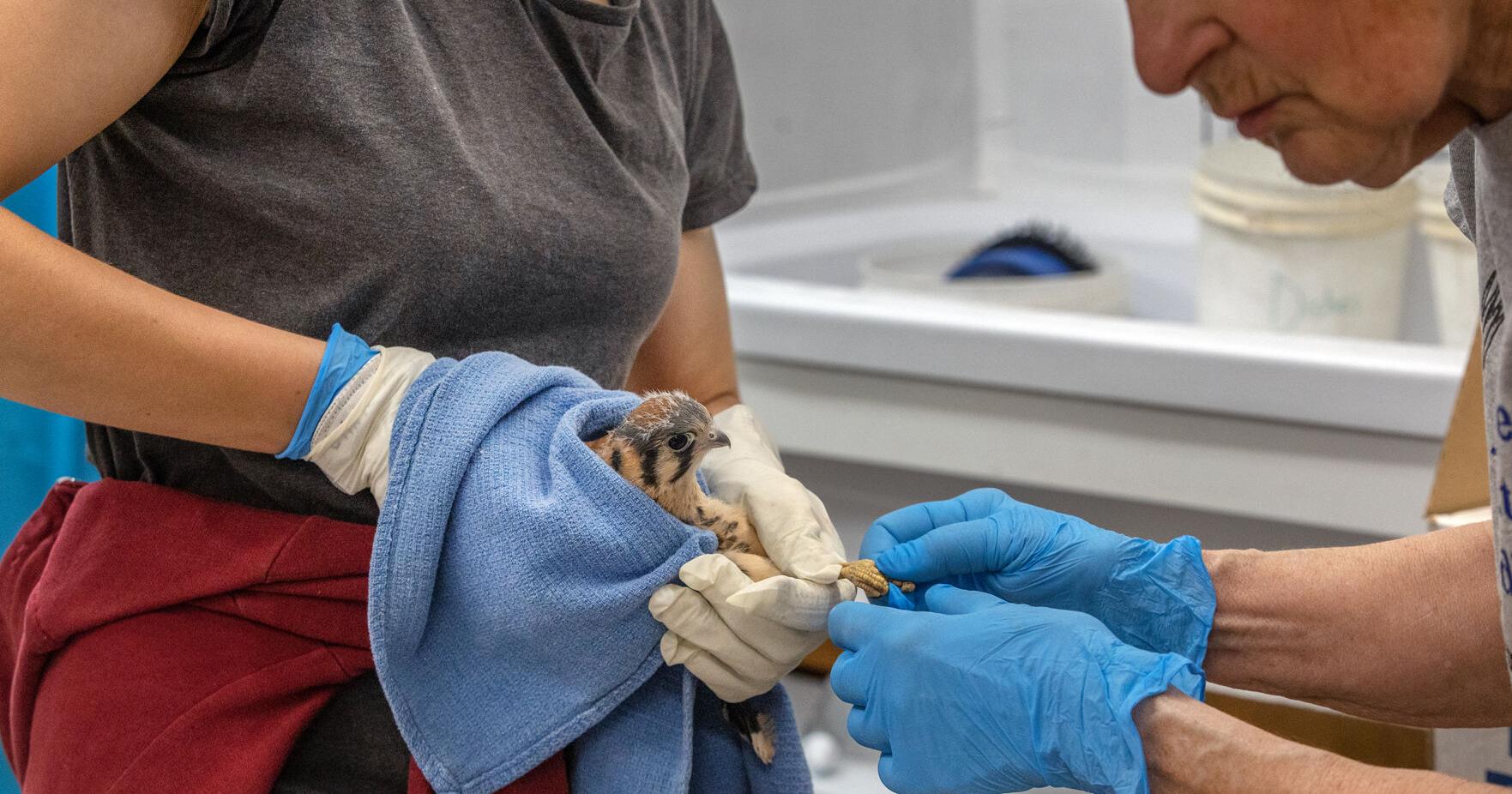 The last time Oregon experienced an avian influenza epidemic was 2014-15, Tompkins said, and it ran its course by the end of June.

“This time it’s worse,” she said. “This is a lot more significant outbreak.”

The Oregon Department of Fish and Wildlife on Thursday, June 2, reported many wildlife rehabilitators are not accepting waterfowl due to the spread of avian flu in wild birds. Because waterfowl can carry the virus without showing symptoms, allowing them into rehabilitation facilities can put all the birds at the facility at risk.

“I’m really hoping the summer heat will help,” she said.

Tompkins said Blue Mountain Wildlife doesn’t normally get much waterfowl in this area, but the Tri-Cities do. The refuge there is no longer accepting sick birds of any kind, due to the risk of avian influenza.

Tompkins is trying to change this by adding three sheds outside their clinic for intake, evaluation and quarantine. That way, they can see which are sick and get them tested for avian influenza without jeopardizing the health of the other birds being seen at the clinic.

All birds tested for avian influenza first have their preliminary results confirmed by a state lab, according to Tompkins. In Oregon, that testing is in Corvallis at the Oregon Veterinary Diagnostic Lab, and in Washingtion, it’s in Pullman at the Washington Animal Disease Diagnostic Laboratory. Labs then send results to the national center for confirmation, where they will be added to the USDA website.

Tompkins has tested only a few birds for avian influenza this year in Washington: two goslings, a Mallard duckling and a crow. She also said ODFW recently sent off a test for a bald eagle that was found at McCormack Slough in Morrow County near Irrigon. Results are pending for all of those tests.

Goslings, ducklings and adult waterfowl all can carry the virus. If you find healthy ducklings or goslings without a parent nearby, leave them alone and allow the parents to find them, ODFW requested. If you choose to interfere, they can be released at the nearest waterway. Injured ducks and geese may be brought to an ODFW office for euthanasia. Call ahead if you are bringing in an injured duck or goose.

State fish and wildlife also urged the public not to collect or handle sick or dead wild birds but report the incident directly to a local ODFW office, the Wildlife Health lab at 866-968-2600 or email at Wildlife.Health@odfw.oregon.gov. Fish and wildlife staff will conduct surveillance and collecting/testing sick and dead wild birds to monitor for the presence of the disease.

This is the time of year when goslings, ducklings and other young birds are commonly picked up and brought into rehab centers, according to ODFW. Well-intentioned people mistakenly think these young birds are orphaned because they may be temporarily separated from their parents.

“This year more than ever, it is important to leave wild birds in the wild to give them the best chance for survival,” the state fish and game department urged. “If you see young ducks or geese, please keep pets under tight control. Not feeding waterfowl is also especially important during this time. In addition to commonly causing nutritional issues, feeding congregates animals and results in overcrowding and increased risk of disease spread.” 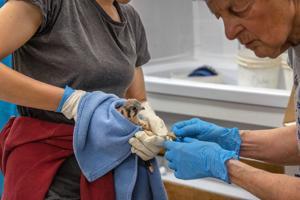