EUGENE, Ore. — The Festival of Eugene wrapped up Saturday and thousands of people attended the first-year event at Skinner Butte Park.

Organizers say having a free event like this for the community to enjoy is important to Eugene’s culture, and with the Eugene Celebration being cancelled earlier this summer, the idea for the festival was sparked.

“I was going to do something that was small, and as the interest got greater and greater, we ended up doing something quite large,” says festival producer Krysta Albert.

The event brought out nearly 5,000 people, along with 60 vendors including artists, non-profits and businesses.

The festival’s goal was to raise $14,000. They were just short of about $1,500 at last check but organizers say they’re confident they’ll get there with the help of donations during the festival.

EUGENE, Ore. — The Festival of Eugene is happening this weekend at Skinner Butte Park. Organizers moved it to the park after previous negotiations fell through to have it near the 5th Street Market.

Event organizers say they’re piecing together the final plans. They said they planned the festival because Eugene needs a special event like this.

“I think Eugene has a very unusual and eclectic culture. There’s a culture here and a subculture here and one of them in relation to the arts. I think it’s worth celebrating Eugene because Eugene has so much talent,” said Krysta Albert, Festival of Eugene producer.

Twenty four bands will perform at the festival on Friday and Saturday.

EUGENE, Ore. — The Festival of Eugene is making its last push for donations this weekend. But, organizers said they still have a few thousand dollars to raise by Monday to make the event happen.

Organizers said they received nearly $5,000 in donations this weekend. This all happened after a financial fall through on Friday when an anonymous sponsor backed out of a $10,000 donation.

The festival has until Monday to let the Eugene Police Department know if the fest will go on. That’s because EPD requires two weeks notice for an event that requires a police presence.

“Really looked a the budget. Okay, what can we take out of here? Do we really need $150 of balloons? Nope. Take those out of the budget so kind of scale down the budget,” said Krysta Albert, Festival of Eugene producer.

Even with the scaled back version, the fest is still $3500 short.

EUGENE, Ore. — The Festival of Eugene is one step closer to securing a space for the event at the end of this month, and organizers say they need to raise thousands of dollars to pay for the celebration.

The Lane County Board of Commissioners gave the county administrator the green light Tuesday morning to move forward with contract negotiations with event organizers.

The commission wanted to have a public discussion about allowing the group to use the parking lot at the corner of Sixth Avenue and Oak Street for free to make sure there weren’t any concerns.

“I would imagine that we will get somewhere from 3,000-5,000 people to come to the event. And without the permission of the property, there would be a potential hazard. I think people would end up being on that property, which is a parking lot, which could potentially mean people getting hit by cars,” said Krysta Albert, Festival of Eugene producer.

The Festival of Eugene happens Aug. 22 and 23 with bands, performers and vendors. 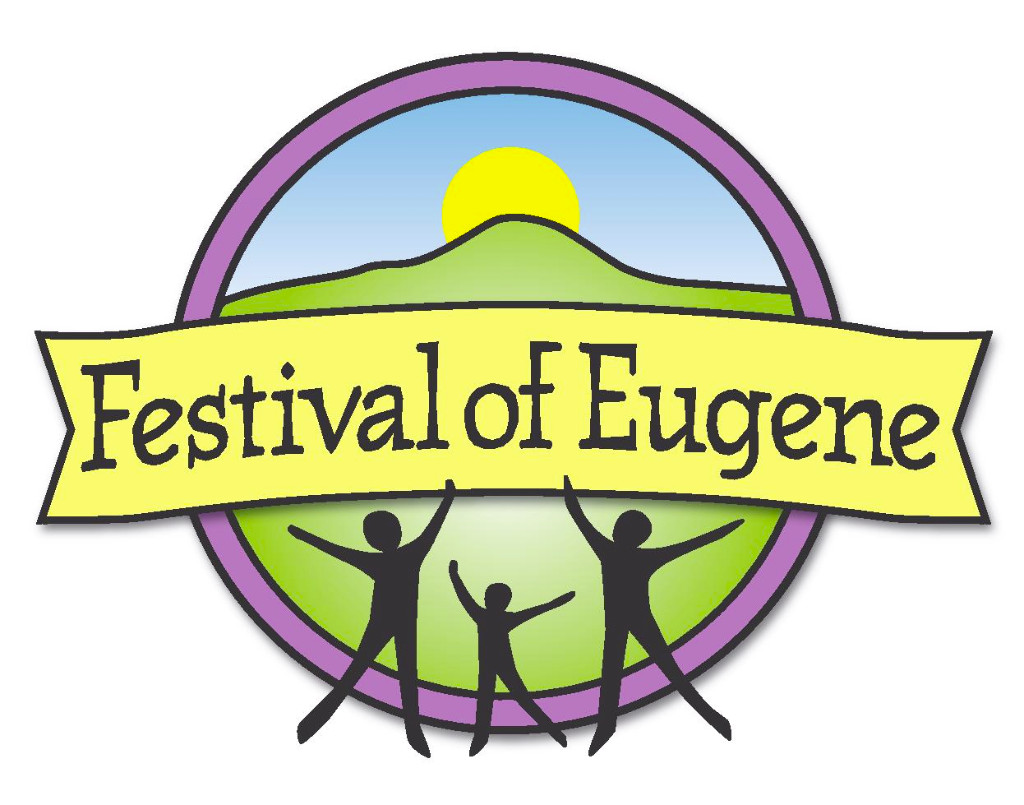 It has been just less than a month since the Festival of Eugene got its legs. In that time, the momentum has been like a locomotive! Many people have reached out to FOE (Festival of Eugene) www.festivalofeugene.com to lend support. With that momentum we have created an event that is fun, funky and FREE.

There have been so many inquiries on the festival via email and FaceBook, The Eugene Daily News has generously offered to host daily event happenings.

So- moving onward and upward… today was an exciting day finishing up the final touches to the budget to submit to Mecca http://www.materials-exchange.org/. We are proud to announce they will be our non-profit pass-through. This make the FOE a a non-profit event. This makes donations and sponsorships tax deductible! To make a tax-deductable donation, visit http://www.gofundme.com/Festival-of-Eugene

Today, FOE got an email from our esteemed Mayor Kitty Piercy offering her support and gratitude for putting on this event! Thanks, Hon. Piercy! [email protected]

A little buzz brewing the Festival of Eugene did NOT get the permit and/or the permit was not turned in…Rest assured, we have word from the City planning TODAY that the temp permit will be issued Thursday or Monday with conditions such as an insurance binder and a few minor conditions… suffice to say, this event is happening!

The Festival of Eugene has partnered with Mecca and are a non-profit so donations to the FOE are tax deductible! www.festivalofeugene.com

We are pleased and proud to offer a nursing station in allegiance with Daisey C.H.A.I.N at the David Minor Theater on Saturday at The Festival of Eugene from 11-8pm. Mommies and babies can enjoy a cool, quiet and calm feeding and changing in the comfort of an air conditioned room on comfy couches with their babies. Daisey will provide a changing table for the public to use. 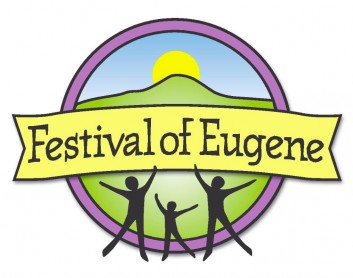 Thank you David Minor for such a generous and thoughtful idea!

You just can’t keep Eugene down.

Downtown is growing. Gone is much of the blight, the open pits, the vacant lots, and the remnants of the appallingly bad idea to turn it into a vehicle less mall.  Now beautiful new developments like LCC’s amazing new structure occupies what once used to be the main stage area for the Eugene Celebration.  It seems downtown growth has managed to displace the long running annual event.

Originally created in 1983 by the City of Eugene, it was handed over to external management in 1998. Kesey Enterprises, originally contracted by the now defunct Downtown Events Management, Inc., and now the owners of the Eugene Celebration brand, announced the cancellation of this years events with a promise to return in 2015.

This was such a disappointment to Krysta Albert, local wedding event planner (Imagine! Events) and entrepreneur, that she decided to propose an alternative: Festival Of Eugene. 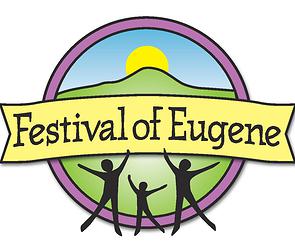 Within a day of revealing her idea, “Festival Of Eugene” began to gain not only tremendous momentum, but an array of skilled local professionals intent on helping bring it to reality.

EDN asked Krysta to explain the vision for Festival Of Eugene:

“There’s a new fun, funky and free festival in town and it’s called the Festival of Eugene! This kid and family-friendly event is all about celebrating the cultural diversity and the varied talents of Eugene.

There will be live music on theatrical performances, dance performances, juggling, balloon dresses and more. This event is being produced by Imagine! Events in coalition with Baker Entertainment owned by Jaime Baker.

The biggest news is, It is a totally free event. This is a not-for profit, grass roots event. Aside from hard dollar costs for permits, etc., all the stages, equipment, staffing, performances, etc are being donated by those individuals and businesses wanting to have a festival to really celebrate Eugeneans, and to create a community event for the community and by the community! In effort to support businesses in the area of the event the beer and food sales be primarily provided by the restaurants and bars in the footprint of the festival. The Large Event permit is under review by the city.”

One of the growing complaints about the Eugene Celebration was the high cost of gaining access to the event.  Albert believes that being more inclusive will be a key to Festival Eugene’s success.

Yesterday Kesey Enterprises announced that there will still be a Eugene Celebration Parade, and a concert at the Cuthbert Amphitheater on August 23. The concert is scheduled to feature Hell’s Bells, Zepparella and Foreverland. Organizers will also award the winners of the parade at the concert. Tickets will be $5.

According to Kesey Enterprises, the event was made possible through generous support from Lane Community College, the city of Eugene and a volunteer committee.

This combined with Festival of Eugene should make for quite a weekend.