PORTLAND (AP) — Officials with Oregon’s troubled health insurance exchange said the full online Cover Oregon portal will not be open to the public before the end of March, when nearly all Americans are required to have insurance under the federal health care law.

The exchange’s chief information officer, Aaron Karjala, told Cover Oregon board members Thursday that the portal has experienced “an unacceptable number of IT errors” and system-stability problems since Cover Oregon launched the online enrollment system for insurance agents and community organizations in mid-February.

That translates to numerous error pages — something “we do not think the general public would accept,” Karjala said.

More than five months after the exchange was due to go live, Oregon is the only state where the public still can’t sign up for health insurance online in one sitting. The public and Cover Oregon must use a hybrid paper-online process to enroll in coverage.

Officials also said they were asking the federal government for additional time to enroll people who submitted applications by March 31, the end of open enrollment. Currently Cover Oregon needs about 10 days to process an application using the hybrid paper-online process. Agents, however, can in many cases enroll residents within half an hour online.

Thus far, a total of 145,941 Oregonians have enrolled in coverage through Cover Oregon. 45,119 of those enrolled in private health plans, while 100,822 enrolled in the Oregon Health Plan, the state’s version of Medicaid.

Agents and partners have enrolled nearly 5,000 of those people through the portal in one sitting.

The enrollment figures still fall short of the Obama administration’s original projections, which assumed 189,600 would sign up for individual policies by the end of February.

Cover Oregon officials say they’re considering alternatives for the next open-enrollment period, which begins in November. That could involve buying technology that’s working in other states, using the federal exchange, or finding another software company to build off the work the state’s main technology vendor Oracle Corp. has started. Cover Oregon still has not ruled out working in the future with Oracle.

The review by the Centers for Medicare and Medicaid Services, first reported by The Oregonian on Thursday, said Cover Oregon lacks oversight over the project and has limited visibility into Oracle’s work. The state also lacks leverage in its contract to make Oracle accountable for missing deadlines.

As a result, the report says Cover Oregon is largely dependent on the vendor and isn’t closely monitoring Oracle’s activities to make sure the company is fulfilling the requirements of the contract.

According to the report, Cover Oregon’s system architecture and data model need “significant review and re-work.”

It recommends that Cover Oregon “identify a more appropriate” IT vendor, change management practices, and perform an in-depth analysis of the current architecture, among others.

Cover Oregon officials said Oracle has since been more cooperative.

“Those recommendations were not a surprise to us, and in many cases we were already working through many of the items,” Cover Oregon’s Karjala said. “We’re using the report as just another input for areas where we can improve.”

The report, dated Feb. 27 and based on a mid-January site visit by federal IT specialists, says Oracle has not provided Oregon with comprehensive test results and analysis reports. It also suggests many Oracle staff “do not have extensive knowledge and experience” and that Oracle may be “throwing bodies rather than skillset at a problem.” That, it says, is significantly racking up project costs.

Thus far, the state has paid Oracle more than $134 million for building the exchange. Cover Oregon is continuing to withhold $26 million that Oracle Corp. has billed for technology development.

Two weeks ago, Oracle pulled 100 of its software developers out of Oregon — nearly two-thirds of Cover Oregon’s Oracle work force — from the exchange project. Just 65 Oracle developers remain to work on the project.

The report praises Oracle for some progress, including in “systems engineering areas” — as evidenced by recent releases being delivered on time — and in the stabilization of the exchange system.

“There are still significant performance issues with the system such that, while the core functionality exists, the end user experience would be significantly diminished,” the report says.

A bill to improve access to services for young people at risk of killing themselves passed the Senate unanimously Thursday and is on its way to Gov. John Kitzhaber’s desk.

The bill requires annual reports to lawmakers with data about current suicide and suicide attempts. It calls for an update every five years on the state’s youth suicide prevention plan, including recommendations for improved access to services and better agency collaboration.

The bill also meets Gelser’s goal of expanding both the title and the job duties of Oregon’s current youth suicide prevention coordinator position to include intervention. She stressed she strongly supports prevention, but believes the state falls short when it comes to helping young people already in crisis.

At last check, the bill was to add a second position so that coordinators could work in both agencies, essentially doubling Oregon’s focus on youth suicide.

“I’m hopeful we have the second position. I’m told that will be in the budget bill that comes tomorrow,” she said, referring to today. “That’s an exciting development, to have both, so they can coordinate together under the Oregon Health Authority.”

As of 2012, suicide was second only to vehicle crashes as the cause of death for Oregonians ages 15 to 34. Oregon also has an overall suicide rate 41 percent higher than the national average.

Highway 34 remained blocked by a landslide about 11 miles west of Alsea as of 9 p.m. Wednesday night, the Oregon Department of Transportation reported.

There were reports that the slide several hours earlier also carried at least one large tree over the roadway. Both lanes were blocked.

Consumers Power reported a power outage in the area due to the slide. A number of other power outages in the region, ranging from Waldport and Bayshore to Philomath, were reported by Consumers Power, apparently caused by stormy weather.

The resolution is nonbinding, but organizers of the OSU Divest campaign hope the move will send a signal to other universities and organizations.

The OSU Foundation, a nonprofit entity separate from the university, manages $600 million in assets, with $36 million, or 6 percent, invested in fossil fuel companies.

The foundation has not taken a position on the divestment issue, but the group’s board recently created an advisory committee to consider such requests.

Residents will get an additional day to comment on the Witham Oaks case because the weather problems forced the city of Corvallis to close its offices early on Monday.

The deadline for testimony on the case was Monday at 5 p.m., but it has been extended to Tuesday at 5 p.m. Testimony should be directed to Planning Division Manager Kevin Young at [email protected]

Campus Crest of Charlotte, N.C., hopes to build a development that would house 900 Oregon State University students on the 95-acre Witham Oaks property west of Northwest 36th Street and north of Harrison Boulevard.

Campus Crest plans to use approximately 25 acres for the housing complex and leave the remainder as open space, which it has said it will donate to the city.

The Planning Commission rejected the development plan Oct. 16. The City Council is scheduled to deliberate and vote Jan. 6 on the Campus Crest appeal. 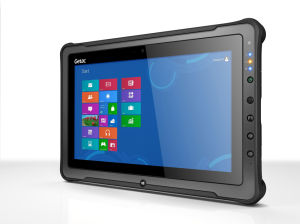 The Corvallis Police Department is closing in on the launch of its electronic citation program.

The city received more than $140,000 in grant money from the state to help make hand-written tickets a thing of the past.

Originally, the department planned to buy hand-held devices to link with Zebra printers that would be inside police vehicles.

But according to Capt. Dave Henslee, who has been leading the project, compatibility issues arose and the department shifted gears from hand-held hardware to tablets.

The department has been working with Getac, which is about to introduce its F110 tablet.

“They are not even making it yet,” Henslee said. “We have a demo that they have loaned us, but the company still is testing it down in Florida.”

The department already has purchased the software plus 20 of the printers.

There are 15 vehicles and two motorcycles in the department’s fleet. Three vehicles will be added for use by the officers whose hiring was funded through passage of the city’s property tax levy on Nov. 5.

Henslee said the department is shooting for implementation by the end of December or January, but he admitted that timetable was “extremely aggressive,” and that March might be more realistic.

The department currently hand writes parking citations, traffic citations and state crash reports. The information is then hand-entered into up to four departmental databases.

When the new system goes online, officers still will issue paper citations for criminal offenses and municipal code violations, but they will be published by the Zebra printer rather than ripped from the classic citation notebooks.

Also, the software will retain an electronic copy of the information that can be shared with other agencies without the need for copying the data. 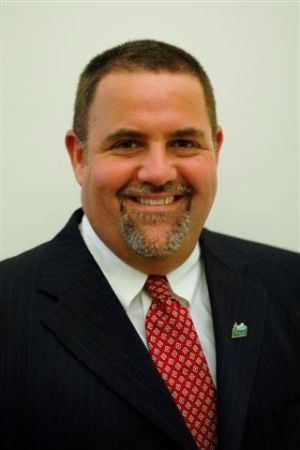 The Corvallis City Council, which is responsible for evaluating and establishing the compensation for the position, approved the raise on a unanimous vote at its Monday meeting.

“The council was very pleased with his performance,” said Ward 3 Councilor Richard Hervey, who in his role as council president led the evaluation process and salary negotiation.

“Thank you for your leadership and service,” Manning said at the council meeting. “We appreciate it so much.”

Patterson, who is starting his third year in the city’s top administrative position, did not receive a raise last year and also voluntarily chose to give up a monthly auto allowance.

The new contract also gives him the option of moving up to $5,000 of his annual salary, which currently is received as deferred compensation, into regular compensation.

“I am grateful for the opportunity to continue to serve as city manager in Corvallis and appreciate the support I have received from citizens, community partners, city staff and the City Council,” Patterson said.