‘The Sport of Kings’ as it has become known over the years is steeped in tradition and history. Originating in the BC era, horse racing has remained a staple entertainment of mankind throughout the years. Despite this constant existence and popularity it has consistently been changing and the last 100 years has seen a particular acceleration of changing with the advancement in technology. From equipment to accessibility and betting to veterinary procedures this sport has developed over the years. Below we are going to look at just how horse racing has changed with the times.

Amongst the oldest games in the world, horse racing originated in 4000BC Mongolia. It spread in popularity through the ancient civilizations from Egypt to Rome. It would spread throughout Europe and eventually result in the 1750 creation of the Jockey Club. Whilst the first documented competition of horse racing can be attributed to the old Greek Olympic Games in 648BC, the racing would evolve over the centuries and result in the sport it is today.

Lets have a look at some of the things that have changed.

The change in personnel becoming involved in the sport was linked to the opening up of wagers through bookies instead of privately. This changed not only sports betting around the world but specifically horse betting and horse racing more generally. It meant working class people could become involved in betting on the races which opened the sport up beyond the rich and elite. Nowadays this betting on the races has become normal with huge swathes of options available online and in person, along with help to make the best bets, like tips and racecards at Timeform. With this change in betting has come huge amounts of investments into the sport internationally. The affluence of years gone by has exchanged wealth for the prize pots and huge amounts of bookmakers money which circulates in the sport in the 21st century.

Over the years the equipment has moved with the times and generally modernized. Horse racing has become incredibly fast, with racing now taking place on aluminum plates which are lighter and more aerodynamic than the original steel plated which used to be used. Proper training now takes place also for both the horse and the jockey alike which means less chance of danger or injuries. Racing has been more on the mind rather than functionality in recent equipment developments which has made the whole experience for horse and rider much more comfortable. Parallel with this technological advancement in equipment is the development of veterinary practices and knowledge about the horses which has helped to develop better results both on and off the track.

Given the name the ‘Sport of Kings’, horse racing used to be for the wealthy only. It was previously reserved for the elite and super rich who would be the only ones able to keep and rear a horse to race in the first place. It wouldn’t be till the 1920s where the sport would take a turn towards a more working class direction. This would see normal people start to flood the concourses on the roots, people from all over the world become involved in the sport and women also become involved in horse racing.

Welcome to the longest running sports event in American history: The Kentucky Derby. On the first Saturday in May at Churchill Downs, three-year-old thoroughbreds from around the world gather in Kentucky to test their breeding, training and most importantly speed in what is called “the greatest two minutes in Sports.” 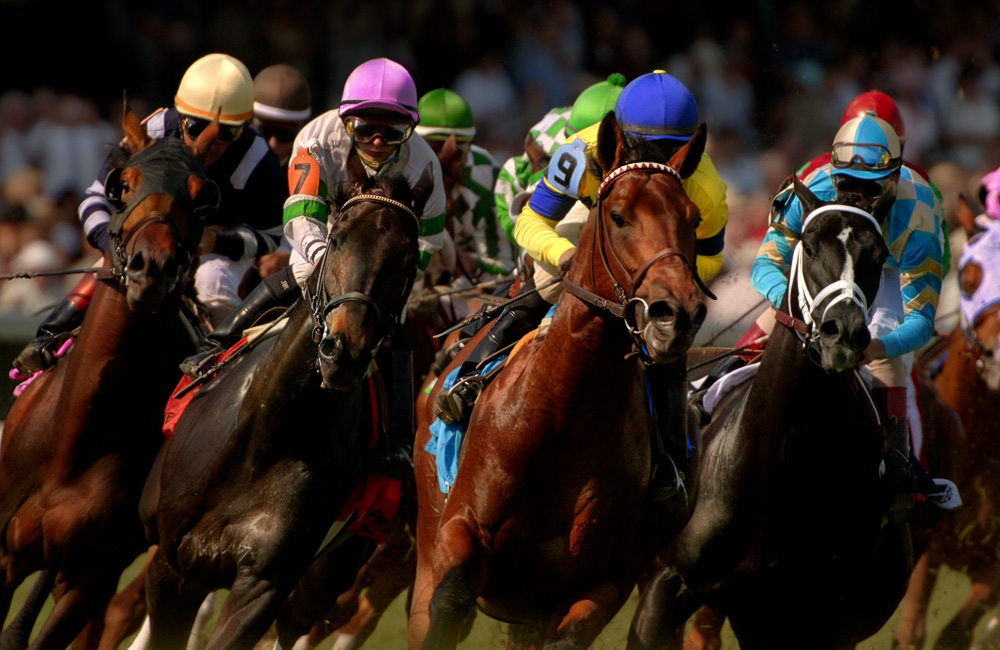 Up until the ill fated HBO Series “LUCK”, my interest in horse racing was about on par with catching a soccer game (no offense soccer fans), aka: just below watching golf or zero. If you aren’t familiar with the show, it starred notables like Dustin Hoffman, Dennis Farina, Richard Kind, Jill Hennessy, Nick Nolte (and many more).  The show focused on characters whose lives centered around the horse racing track.  Over the course of watching it, it became clear that the show was really all about one thing: the horse.  It is Interesting that a show about The Horse, and its redemptive qualities for Man, was cancelled because the producers could not guarantee that they could protect the horses in the show.   In all 3 horses died during the production of the show.  The Hollywood Reporter has a detailed investigation into the production and animal issues on the show.

To return to point: the show was so well done and exciting that horse racing, breeding, betting, all of it, took on a new sheen that persists even now.  And it’s the season.

Did you know that there is a Kentucky Derby winning horse up at Oakhurst Farms?  In fact Oregon is home to the only Kentucky Derby winner West of the Mississippi. In 1996, Grindstone was the most famous name on the planet.  on May 4th,1996 with a previously unseen effort and speed, he overtook Cavonnier at the wire to win by a nose.  Grindstone was also injured in the victory; bone chips in a knee ended his racing career.  Put out to stud originally at Overbrook Farm in Kentucky, Grindstone sired 1 champion (Birdstone – who in turn sired 2009 Kentucky Derby Winner “Mine That Bird”) before Overbrook owner William T. Young died and his heirs decided to liquidate the breed stock.  Oakhurst owner Jack Root brought Grindstone home to Newberg Oregon in 2009.  The more you learn, the more interesting this sport is.

Now what would horseracing be without betting?  Not the organized crime flavored “call my bookie” kind of betting, but the legit route.  First comes understanding the lingo.  That’s easy – Use the Horse Racing Glossary.  Now that that’s in the mental library, it’s time to learn how to read the program.  You might need some coffee for this one.

Then comes learning how to read the Daily Racing Form – this required an interactive app to reveal its mysteries.  Finally it’s time to learn HOW to wager.  Got all that?  That only leaves one thing…you are probably going to need some help figuring out the odds.  In preparation for the pending visit to Portland Meadows, it was time for some expert help on figuring the Kentucky Derby 2015 odds.

Head over here (kentuckyderby.com) if you’d like to get a look at the front runners for this years event.

Finally – every year Portland Meadows, our very own horse racing (and betting) venue, hosts a Kentucky Derby party and live casts the event.  Willamette Week crashed the party back in 2012.  EDN is contemplating following suit this year…at least the publisher is.

And just in case you ever wonder what your race horse name would be...mine was: