TOLLGATE — For the last six winters, the slopes at Spout Springs have been empty — but that could change in the near future.

The Umatilla National Forest is seeking proposals from interested entities to operate and manage the Spout Springs Ski Area, near Tollgate.

The site, which had its first public ski season in 1956, is situated in the Blue Mountains of Northeastern Oregon within the Umatilla National Forest at milepost 22 along Oregon Highway 204.

Created by the Blue Mountain Ski Club, Spout Springs served as the Nordic training center for the United States Olympic team and the Norwegian jump team in preparation for the 1955 and 1964 Winter Olympics. The U.S. Olympic Committee recognized Spout Springs’ connection to the Winter Olympic Games and granted the ski area permission to fly the Olympic flag.

The ski area covers 1,413 acres and has a vertical drop of 530 feet, according to the Forest Service. Spout Springs is at an elevation of 4,920 feet and on average receives 130 inches of snow per year. The recreation area includes two large chalet-style buildings, which have been used as the main lodge and rental shop.

Skiers and snowboarders are taken up the mountain via two double chairlifts, where they have access to 13 downhill runs. Previous owners of Spout Springs said the ski area is an ideal place for alpine skiers of all skill levels to hone their skills, in part due to the varied terrain.

Some of the downhill runs can be illuminated for night skiing, and there are also more than 20 miles of nordic ski trails with varied levels of difficulties.

The ski area has been closed since 2016, Weseman said. That left the previous owners in a “state of noncompliance” she said. John and Nancy Murray — who had owned and operated Spout Springs since 1999 — had safety concerns for skiers due to snowmobilers using the north parking area. According to Weseman, the Forest Service worked with the Murrays and tried to resolve the conflict, but no resolution was ever reached. In November 2021, their permit was revoked and the infrastructure became property of the U.S. government.

“The Forest Service is committed to providing for public safety while maintaining a balance of public access to the Forest surrounding Spout Springs Ski Area,” Weseman said.

The list of required duties to operate Spout Springs is long.

Weseman said the new operators will be responsible for the operation and maintenance of infrastructure and equipment, physical site management, staffing, food and beverage, planning and development.

Interested parties are encouraged to include ways the recreation area could be used year-round in their proposals. Weseman said candidates should consider four-season operations in order to make the opportunity more lucrative and successful. Previous owners have promoted summer recreational activities, such as mountain biking and hiking, and the Umatilla Forest Service is open to allowing activities aligned with the intended use of the land, like camping.

The ultimate goal is to sell the existing infrastructure and issue a new Ski Area Term Permit to a qualified application. According to Weseman, the ski area could be operated under a special use permit for government-owned facilities until the sale of the infrastructure is finalized. 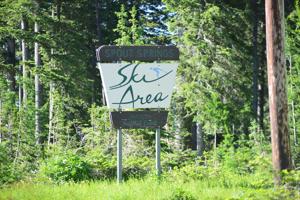