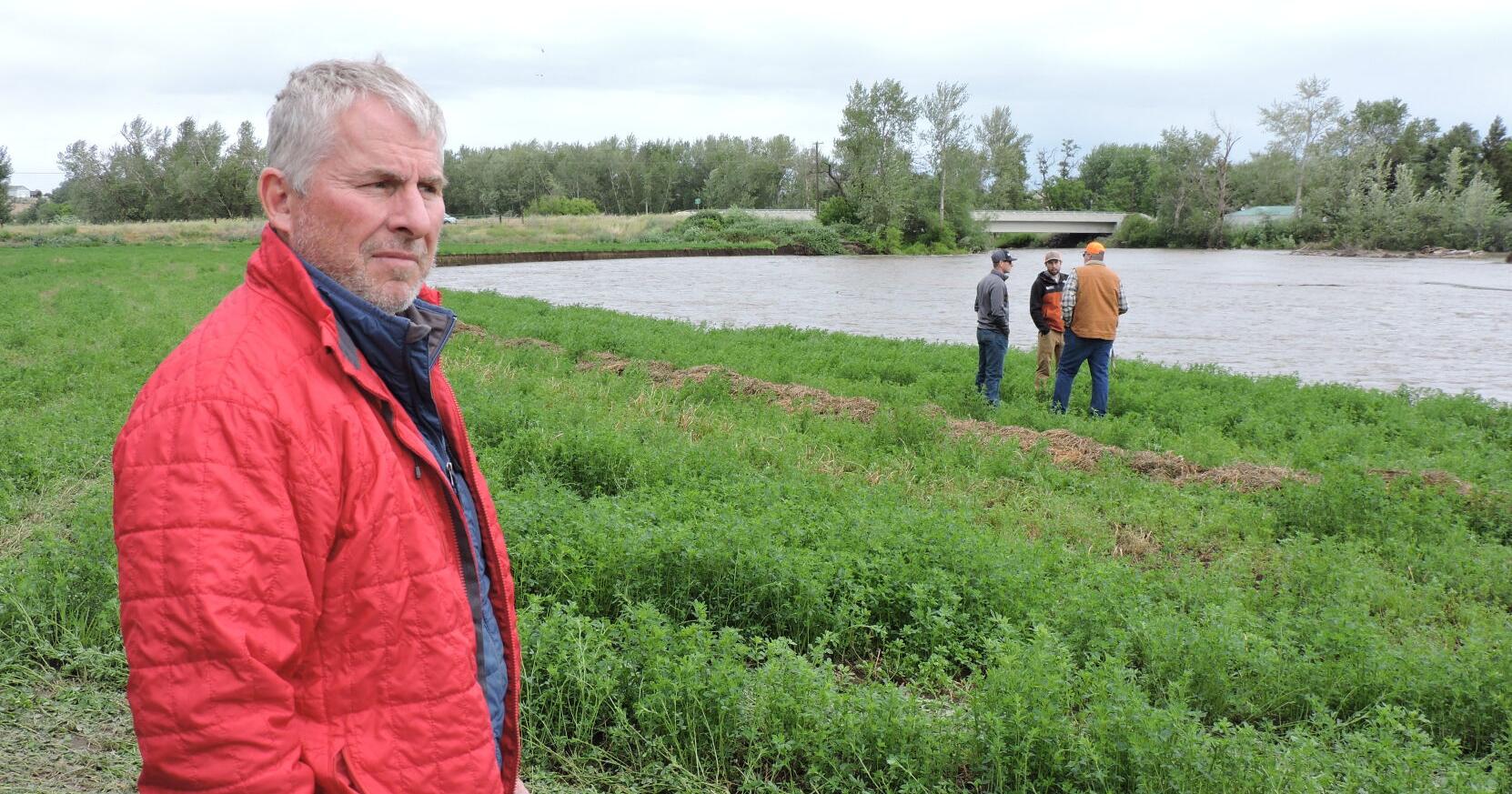 ECHO — Flood water from the Umatilla River is moving ever closer to Echo homes, worrying landowners and prompting government officials to action.

Ramos drove to the bank of the river to survey the flooding on the morning of Monday, June 13. He said he visited the area because he was concerned for his property. In recent years, he has permanently lost 7 acres to flooding and is losing more and more by the day.

Still, he said, he said he was more worried for his neighbors. Rushing water threatens their homes.

“We are a community,” he said.

He has known the people who live alongside the river for many years, he said, and expressed concern for them.

According to Ramos, he was was upset over how recent flooding has impacted the natural beauty of the region. He pointed at fallen trees, stuck in the middle of the river, and said they had been uprooted and floated to where they were trapped.

What makes this all worse, he said, is this was unnecessary; the destruction could have been avoided if government had acted sooner.

“This is unacceptable,” he said.

As Ramos visited the site of the flooding in Echo, he met with David Slaght, Echo city administrator, who was checking in on the flooding, too. Ramos credited Slaght and other people for being among the helpers.

“We’re going to do what we can,” Slaght said.

Slaght was at the river to converse with Jadon Herron and Kyle Stangel, civil engineers from Anderson Perry & Associates Inc.

Herron stated homes that once had a 178-foot buffer between their site and the river now have around 50 feet. The high flow of the river was not slowing, either; the buffer could diminish further, he said.

After the floods of 2020, concerned people formed the Mid Umatilla River Coalition to address the problems resulting from flooding, Slaght said. They worked with county, state and federal agencies, and they formed plans to protect property from further harm.

The city of Echo, according to Slaght, obtained a $75,000 grant from Umatilla County to advance plans. The city hired Anderson Perry. Permitting and planning continued, until recently.

Current flooding further eroded the banks of the Umatilla River and is once again endangering homes.

“The system is broken,” Ramos said, and he expressed disappointment over the time it was taking to protect property. Really, he said, more effort should’ve been made after the 2020 flooding.

Slaght agreed about the slowness of the process, as he said there is a lot of bureaucracy, much red tape with which to contend.

Civil engineer Stangel said the plan was to “armor the bank” to protect 550 feet on the riverside.

Slaght referred to this effort as “hardening the bank.” On June 13, small rocks were being placed near the river to create a platform for other heavy equipment. Trucks would then, he said, place large rocks on the side of the river.

Also, according to the city administrator, barb would be inserted and debris relocated to relieve pressure on the bank.

Slaght said government officials are working to protect homes. State and federal agencies, he said, have issued emergency permits. The mayor and city council is working, too, he said. Also, he said he has spoken directly with Umatilla County commissioners, particularly Commissioner Dan Dorran, who were in the midst of meetings addressing Echo’s problems.

“Our goal is to make sure this doesn’t happen again,” Slaght said. 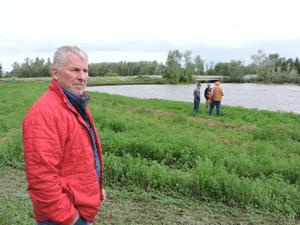