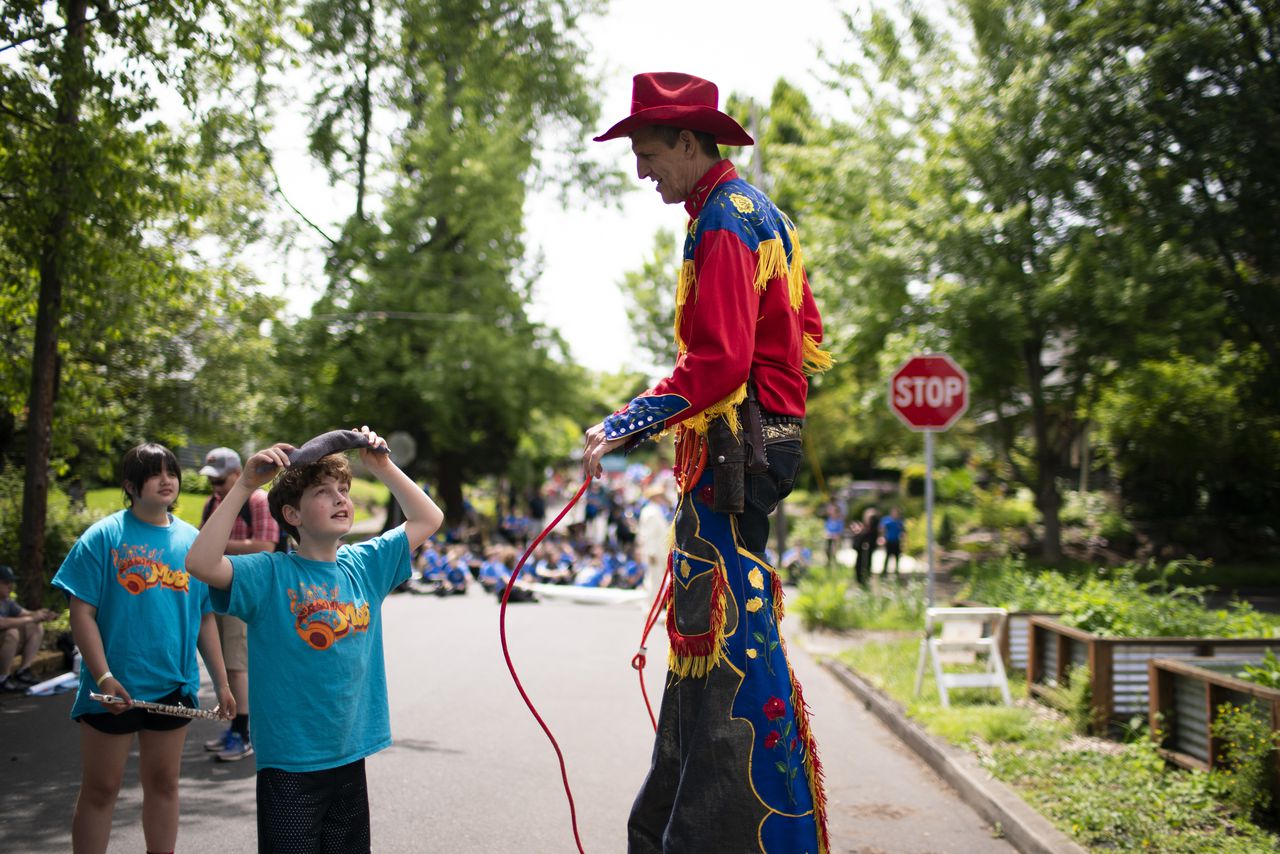 Tradition returned Wednesday afternoon to a small pocket of Northeast Portland, where, to the delight of hundreds of attendant children, the Fred Meyer Junior Parade wound its way down Sandy Boulevard in the city’s Hollywood District.

The Unipiper, long a symbol of Portland’s quirkier side, served as the parade’s grand marshal.

Missing this year were the fistfuls of candy strewn in all directions along the parade route.

Notable were the dozens of volunteers spotted from Lift Every Voice Oregon, a faith-based gun control advocacy group whose goal is to get Initiative Petition (IP) 17, which would require people to get permits, pass a background check and complete safety training to purchase guns, on the November ballot. The initiative also seeks to limit ammunition magazines to 10 rounds.

Among the signature gatherers seen chatting up the crowds was Rev. Dr. W. J. Mark Knutson, chair of Lift Every Voice Oregon and pastor at Augustana Lutheran Church in Northeast Portland.

“So if you love people, you’d better get out there and work to change what is.”

Knutson kept his sense of humor, choosing to walk the parade route alongside a gaggle of clowns. He wore a poster affixed to his back and chest. The poster characterized gun violence as a public health crisis.

Knutson said there were about 30 volunteers from the group at the parade Wednesday. He said the group plans on attending as many public events as possible in an effort to gather signatures and ultimately tighten Oregon gun laws.

“Kids are high-fiving me out here,” he said.

Wednesday marked the return of this and other Rose Festival parades, which went dark for two years during the COVID-19 pandemic. 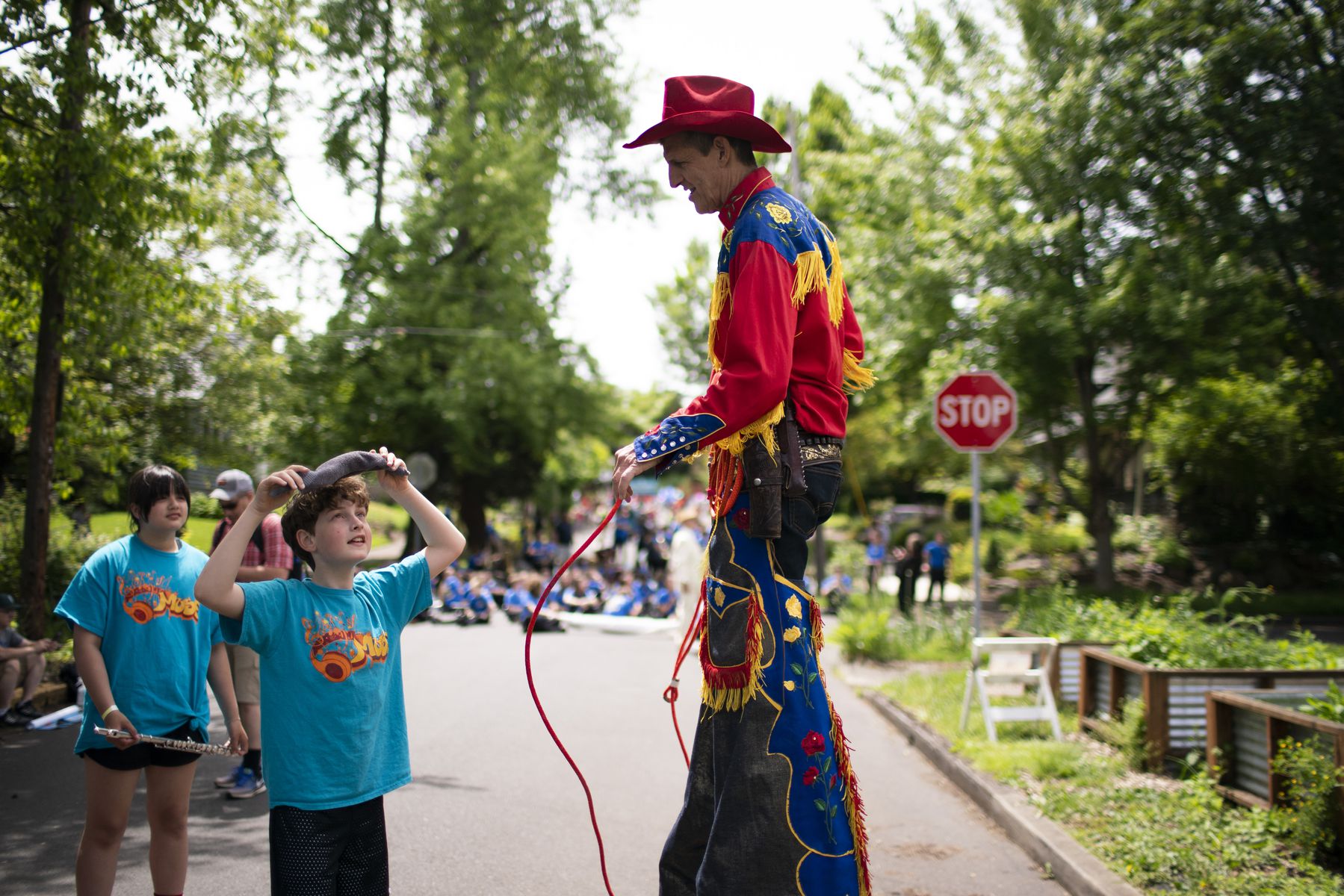