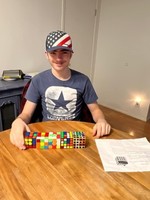 This morning just after 9:30am, the Lane County Sheriff’s Office received the report of a school shooting threat involving a student at Crow High School.  Investigators responded and learned that the involved student had made a social media post three days ago, asking other students if they would like to help shoot up the school.  The involved student was identified and his parents were contacted.

Deputies took the involved juvenile into custody for Disorderly Conduct in the First Degree.  He was transported to the SERBU juvenile detention facility and lodged on the listed charge.  Investigators have been working closely with school officials to ensure the safety of the community.  There is believed to be no ongoing threat at this time.

The person involved in this incident has been identified as an elementary-aged child from the Creswell area.  The child was determined to have been playing with a realistic looking toy gun when the incident was reported.  Creswell School District staff have been in contact with the child’s family and there is no on-going threat to the public.

On 01/19/2023 at approximately 3:39pm, the Lane County Sheriff’s Office received information from a Creswell School District employee that a person was laying in the grass near Creswell high school and possibly armed with a gun.  This information had been passed second-hand to the employee, who then reported it to the Sheriff’s Office.

Deputies quickly converged on the area and began searching for the involved person utilizing available resources to include a drone.  The subject, described as a white male in his teens or early twenties, was observed wearing an orange hat, camo jacket, and black pants.  He is thought to be about 5’05” tall with a medium build, and long dark hair.  The weapon was described as possibly being a rifle.

Deputies reviewed surveillance video that shows a subject matching the suspect description walking onto and off of the campus.  A weapon was not observed in the surveillance video.  Deputies extensively searched the area and the subject was not located.

UPDATE – Turner has been located. 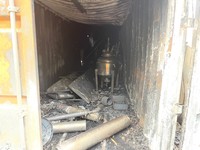 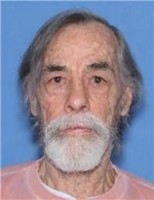