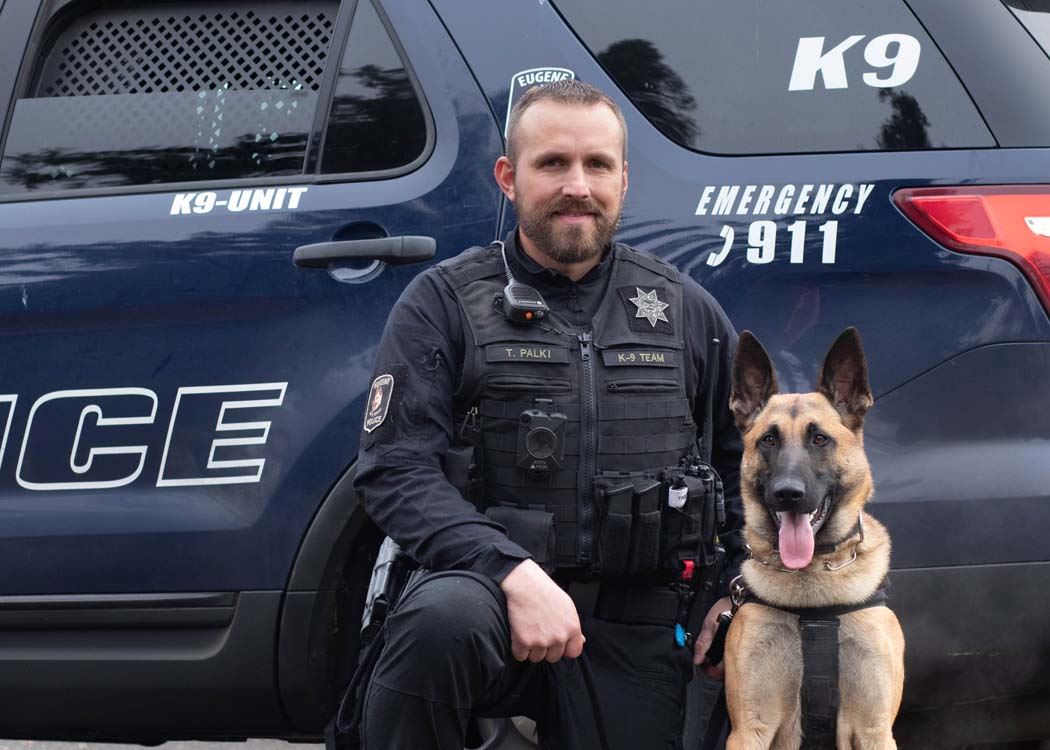 Early this morning at 1:49, July 26, an officer spotted Jordan Ryan Long getting into the passenger seat of a Toyota sedan in the 700 block of N. Danebo. The officer knew Long, age 32, had several felony warrants.

When the car took off, the officer initiated a traffic stop near the 1100 block of N. Terry. Long got out and initially walked away when told to stop, then picked up the pace and ran north on foot. To find Long, Officer Travis Palki and K9 Jax were called to the scene. They started tracking. After searching quite a while, their persistence paid off when the team located Long hiding in a locked shed in the 1600 block of N. Terry. The owner of the shed gave police permission to open it and they found Long inside. Long was compliant and taken into custody at 3:53 a.m. without incident. He was transported to Lane County Jail on his warrants and for Interfering with a Police Officer.