Baseball: Spencer Sullivan knocks 3-run homer as No. 4 West Linn holds on to knock off No. 1 Lakeridge in 6A semifinals 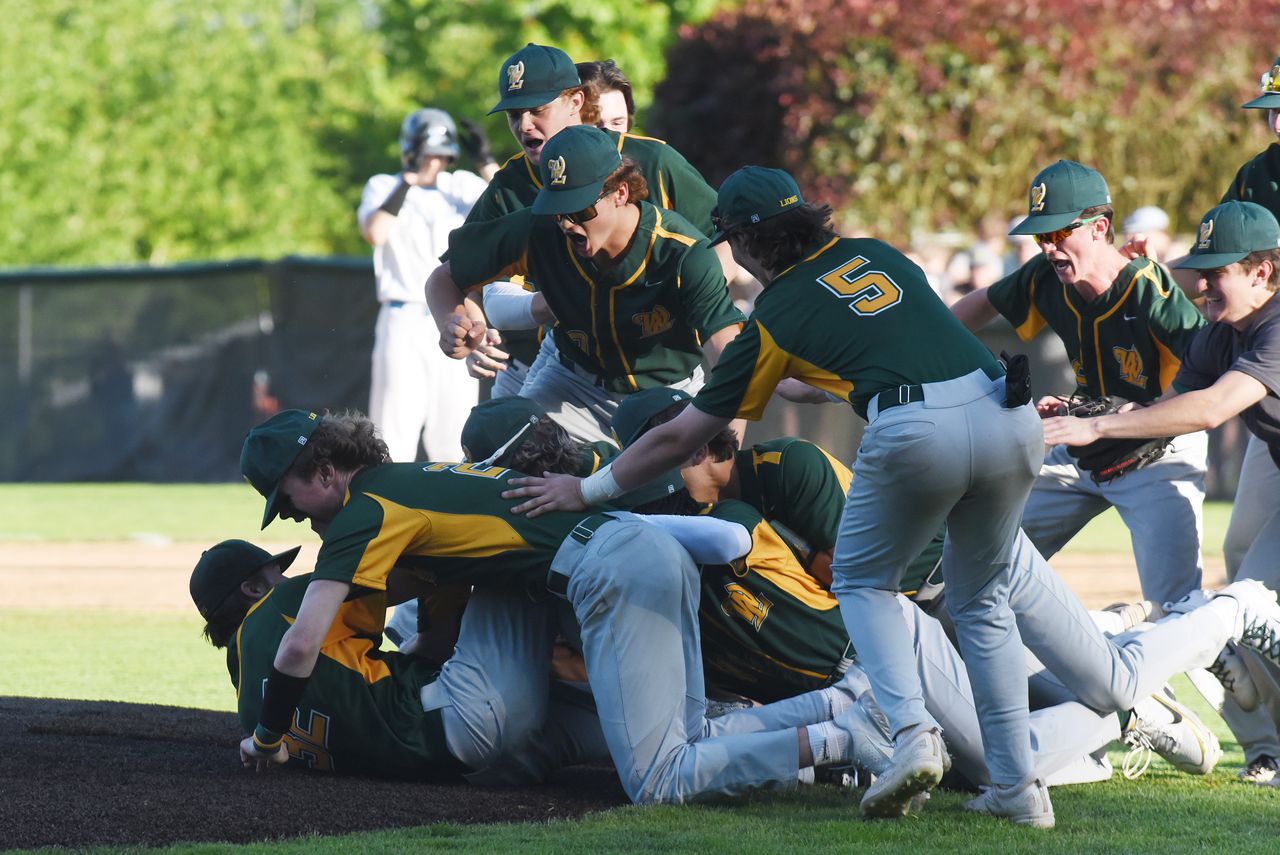 LAKE OSWEGO — Senior outfielder Spencer Sullivan hit a three-run home run in the top of the first inning as the West Linn got out an early 4-0 lead against Lakeridge on Tuesday afternoon.

That early lead would prove to be crucial as the No. 4 Lions held on to defeat Three Rivers League rival and tournament top seed Lakeridge 5-4 in the semifinals of the OSAA 6A Baseball State Championship tournament at Lakeridge High School on Tuesday.

“Especially against Lakeridge, this win means everything,” Sullivan said. “They swept us in the regular season, so that was fuel to the fire. It feels amazing to come out and beat them on their turf. It means everything to me.”

The Lions will face another conference rival for the state championship. West Linn (24-7) will take on No. 14 Canby (18-12) on Saturday at Volcanoes Stadium in Keizer.

Canby defeated No. 7 Clackamas 14-9 in the 6A semifinals Tuesday.

“They got one from us in the regular season, so we’re going to have to come out and start hot like we did today,” Sullivan said about the upcoming state title game. “We just got to make every play.”

Sullivan ended Tuesday’s game two for three with a three-run home run and a single.

“The first two pitches he gave me, he couldn’t locate his slider, so I was expecting fastball (with a 2-0 count),” Sullivan said of his home run. “He gave it to me middle-in, and I just took it for a ride. Looked up, and saw it disappear in the trees.”

He added: “It felt amazing. Just hearing the crowd behind me, hearing my family and friends supporting us, it means everything.”

Prior to Sullivan’s three-run homer in the first inning, West Linn first got on the board with an RBI single to left field by senior shortstop Kace Naone.

West Linn added to its lead in the fourth inning as sophomore designated hitter Gabe Howard reached home plate from third base on a wild pitch.

“We knew Lakeridge would come back on us. They’re that good of a team. They’re not going to quit,” West Linn coach Joe Monahan said. “Getting that lead early gives us the opportunity to give us a little cushion, to settle in and just focus.”

Monahan added about advancing to the state title game: “Our league itself, it’s just a complete battle every game and every team. It’s prepared us well for this run. Obviously, this game could have gone either way. We were fortunate to come out on top.”

Lakeridge would not go away quietly, though. The Pacers finally broke the scoring drought in the sixth inning as first baseman Paul Wilson hit an RBI double to left field, and senior catcher Mason Utech had an RBI single to center field.

The Pacers then cut West Linn’s lead down to one in the bottom of the seventh as Wilson and senior starting pitcher Zach Johnson each had a knock for an RBI.

“Our kids, that doesn’t bother them,” Lakeridge coach Ray Pearson said of facing an early deficit. “We’ve been in games where we’ve come back and won. We’ve been in games where we led the whole way and it was simple. They were pretty battle-tested. Their kid pitched a good game. The bottom line is that these kids know that if you stay with it and stay patient, something is going to break for us.”

Lakeridge just couldn’t quite close the gap, however. With two outs and a runner on, Utech struck out looking.

“Our kids battled hard and never once lost the faith in what we talked about, and they stood true to what we did,” Pearson said. “It will sting for a few days, but I couldn’t be more proud of these kids. They’re awesome.”

Monahan said despite Lakeridge’s run late in the game, he still believed in his guys and that they came through at the end.

“They (Lakeridge) put some good swings on balls that were off the plate. They do that very well going the other way, and they did that in the last inning,” the Lions coach said. “For us, it was a matter of getting ahead in the count with our pitcher and trying to get a better advantage in the count so we can get a batter out.”

Johnson took the loss for Lakeridge. He went four innings and allowed five runs on five hits and had six strikeouts.

Lakeridge ended its 2022 campaign Tuesday with a 25-6 record. The Pacers won the Three Rivers League championship earlier this year.

“They’re going to leave a legacy,” Pearson said. “2022, a Three Rivers League title, got to the semifinal and had a chance with one swing to maybe tie or maybe go ahead and win the game. They’re just an awesome, hard-working group of kids, and they never waiver.” 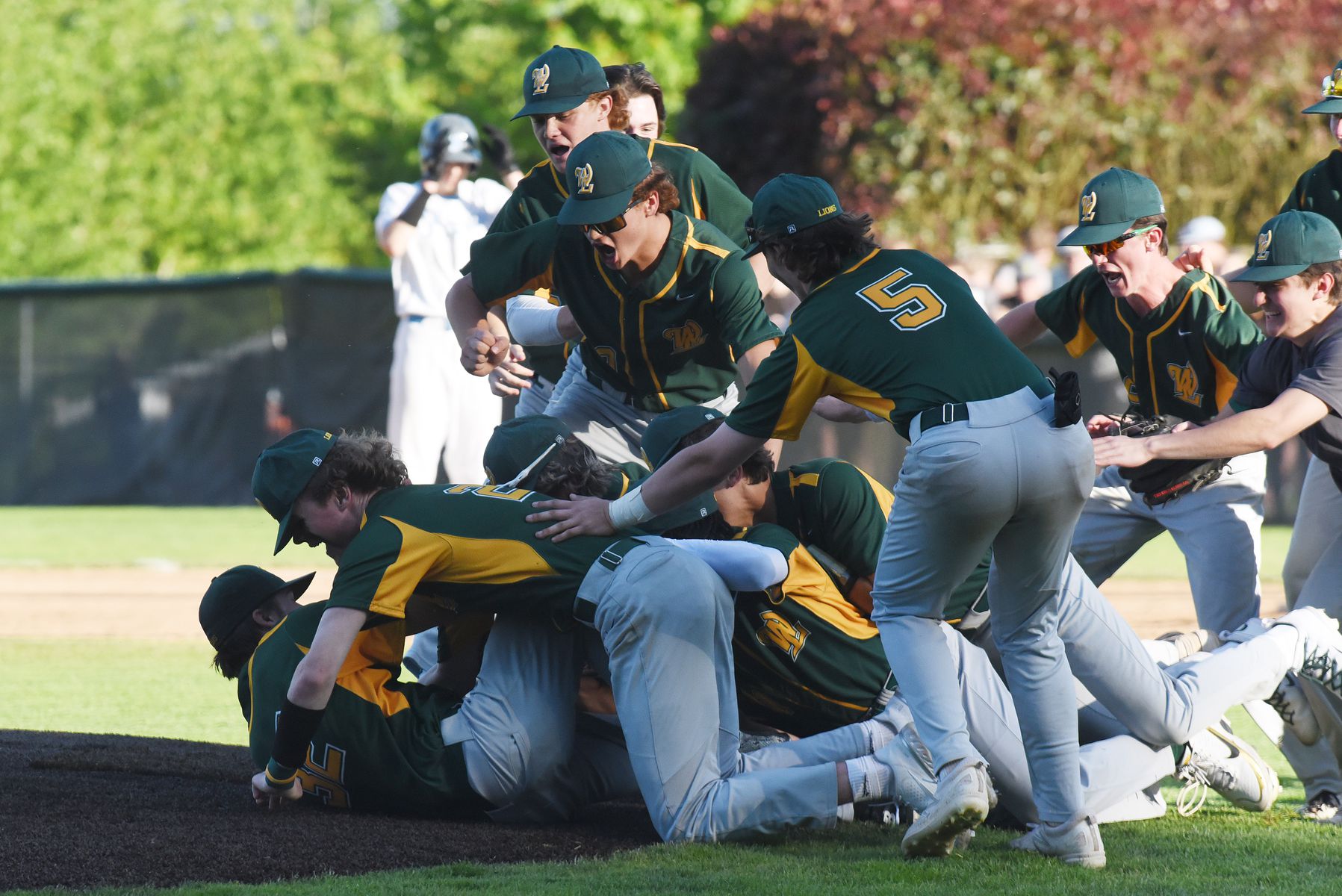