BMCC Board postpones decision on faculty layoffs and 2023 budget 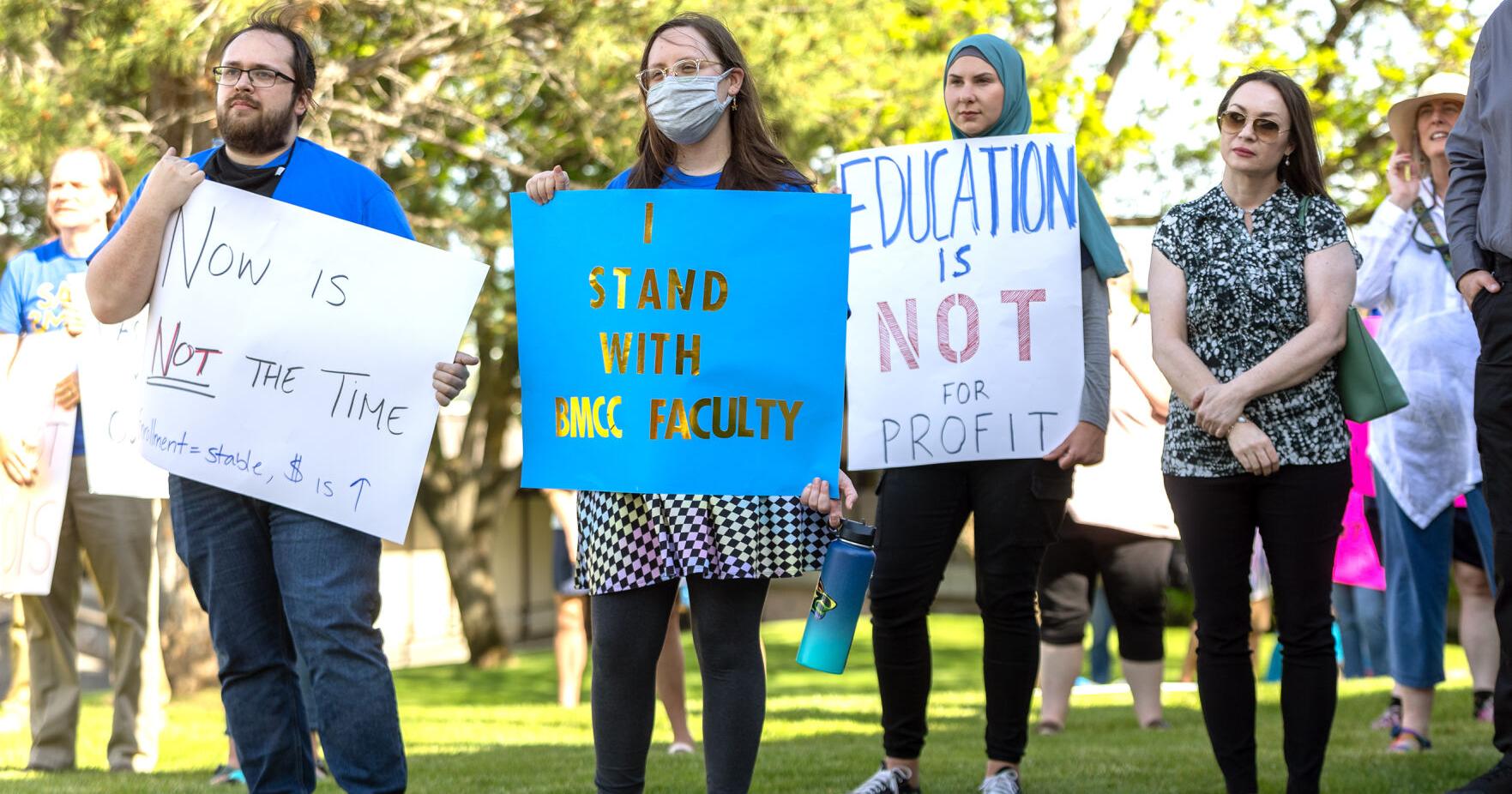 PENDLETON — The Blue Mountain Community College Board of Education at its meeting Wednesday, June 1, postponed action on a 2022-23 budget proposing faculty layoffs.

The board plans to reconvene in a special meeting June 6 to consider approval of the budget. The budget committee agreed to the BMCC Faculty Association’s request to resume talks on teacher layoffs June 3.

“I don’t ever want to close that door,” Browning said. “We have a plan, but of course (the administration) is willing to listen. The (BMFA) came up with some good ideas before talks broke down. I give them credit for that.”

Before the final decision to delay the budget vote, the faculty union went ahead with its rally outside Pioneer Hall. The demonstration of support for teachers attracted about 120 attendees, according to new BMFA President Sascha McKeon. She has been on the union executive team for two years and a biology instructor for 10.

“The other faculty and I are grateful for the extraordinary support we have had from our students, alumni and the community at large,”she read in a statement to the board. “As of this afternoon, our petition to save BMCC faculty has garnered over 1,900 signatures between our Google sheet and Change.org.”

Speakers sounded themes of unity and solidarity, and emphasized the value of full time teachers to students and the community. Two urged administrators to “figure it out.”

“Something is hinky here,” Early wrapped up. He urged an outside audit of at least the past five years, and to “send the architects of this outrage packing.”

McKeon thanked all who spoke and attended the rally.

“A budget says a lot,” she added. “Students don’t come for a snazzy website or pretty campus. They come for good faculty. Diversity of courses and quality of instruction will get them where they want to go in life.”

Faculty supporters formed up outside the doors of Pioneer Hall, but found them locked. McKeon produced a key, and the crowd marched into the hallway outside the conference room. Part-time philosophy teacher Nicholas Nash led the way.

Sign-carrying faculty supporters opposed to layoffs marched into the room. Rice allowed 30 minutes for public comments of a maximum three minutes each. About 15 community members, present and past BMCC faculty and students spoke. Alan Feves of Pendleton said he supported the faculty because the community needs arts and music. Dale Baker said he graduated 45 years ago but his automotive and auto body degrees are no longer available.

Then the board turned to its agenda.

“We recognize that the board has a fiduciary responsibility to pass a balanced budget,” McKeon said as faculty association president, “but propose you have an equally great responsibility to advocate for the community’s needs. Well, they are (here), speaking loud and clear–discretionary cuts to faculty and student scholarships should come from other line items.”

Chair Rice and President Browning concluded the meeting by explaining the postponement of a budget approval vote. Board member Brown shook hands with and thanked the remaining faculty supporting guests. 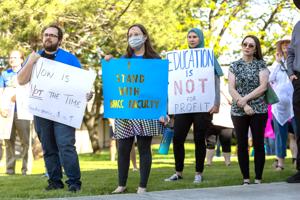