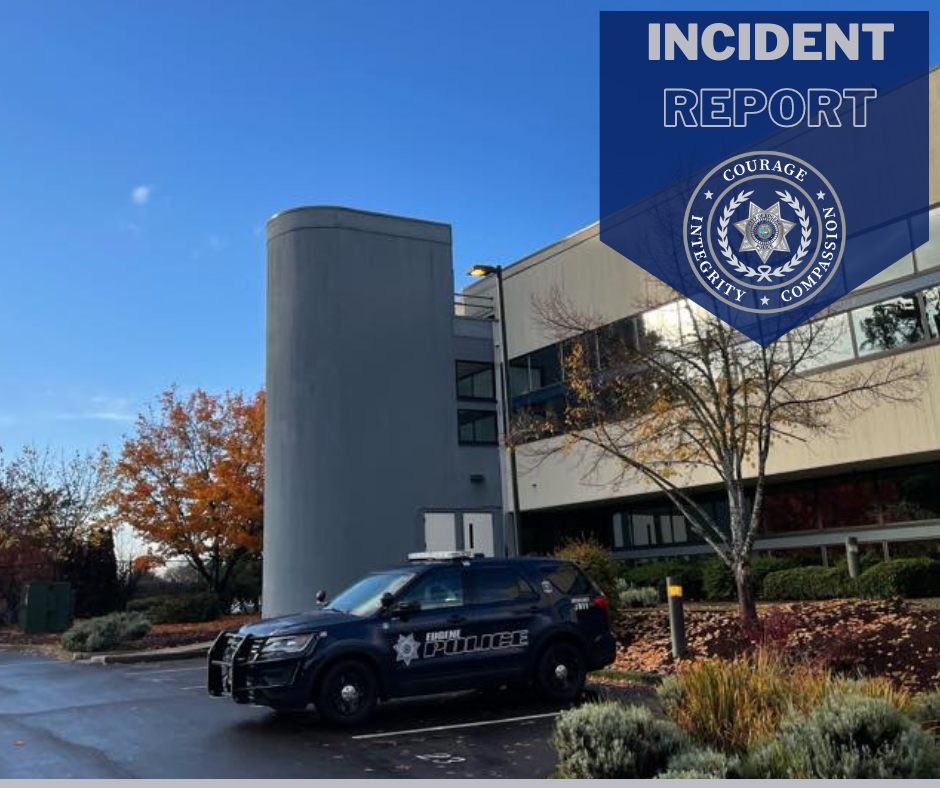 Eugene Police has had a busy weekend and officers were kept running call to call. There were multiple high priority calls, and here a just a few of them:

At 10:14 p.m. September 10, Eugene Police received and responded to a report of shots fired into an apartment in the Kinsrow area. No one was physically injured. The investigation is ongoing.  Incident number 22-239428

At 12:19 a.m., September 11, Eugene Police received report of a man with stab wounds. A Eugene community member called to report hearing a person on their front porch, in the 800 block of Jefferson, and discovered the person had been stabbed. The victim was transported to a local hospital. The investigation is ongoing. Case 22-13720

While EPD was still at the stabbing investigation, there was another report at 12:32 a.m., September 11. EPD officers responded to a report of shots fired in the area of Olive and Broadway. The initial investigation suggested a dispute involving a small group of people had broken out. This led to shots being fired by two people. Two people were taken to the hospital with gunshot wounds. The investigation into the incident is ongoing. Case 22-13721

At 4:38 a.m., September 11, a vehicle was reported on fire at Cross Street and N. Cleveland. Eugene Police and Eugene Springfield Fire responded and found the van fully engulfed. It was not occupied, and was towed because it was blocking train tracks. Incident number 22-239619

At 5:22 a.m., Eugene Police officers were dispatched to a dumpster fire that was close to Nectar’s building at 698 W. 6th Avenue. Security reported a man lit the dumpster on fire. Additional callers helped put the fire out.  The suspect fled on foot prior to police arrival. He is described as a white male adult, possibly in his 60s, 5’10” to 6’ tall, with a thin build, grey beard, and last seen wearing a grey and white sweatshirt, loose sweat pants. 22-239635.