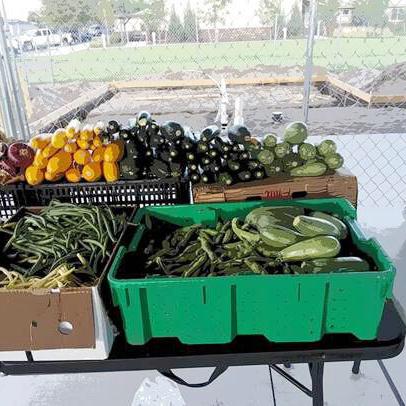 The Irrigon Farmer’s Market is open for business.

The market is at the Irrigon Event Plaza, next to the Irrigon Chamber of Commerce building, 420 N.E. Main Ave. Hours of operation are 7-9 p.m. on Tuesdays, though some sellers start a bit early and fizzle out a bit before quitting time.

Vendors and visitors enjoyed the first day of the market on May 31. Aaron Palmquist, Irrigon city manager, said it went pretty well, with seven booths, and a few dozen shoppers.

“The majority of the things that were there were made at home,” Palmquist said of the sale items.

Vendors posted pictures of their goods on Facebook. Freeze dried candies, knit bags and handmade toys were among the products in the photos.

Attendees to the event, he said, were treated to many fun and interesting goods. Also, they had a beautiful, sunny day for their shopping.

He said, there was not much produce, as it is still early in the grow season. In the coming weeks, he added, he expects more and more fruits and vegetables. This is how the market usually unfolds — with larger vendors bringing in squashes, blueberries, potatoes and more as we approach the summer.

Palmquist said that this market will do more than grow throughout the season; it will expand in the coming years. An enclosed gazebo, which is scheduled to be ready for next year’s market, is planned to be built with large windows and a rollup door.

Such a structure should be attractive to vendors, who have voiced their preference to operate indoors. If the weather gets too wet or too windy, commerce can continue, Palmquist said.

The gazebo, he said, should house other events, too. According to the city manager, the venue will host movie nights. 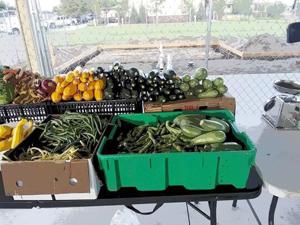