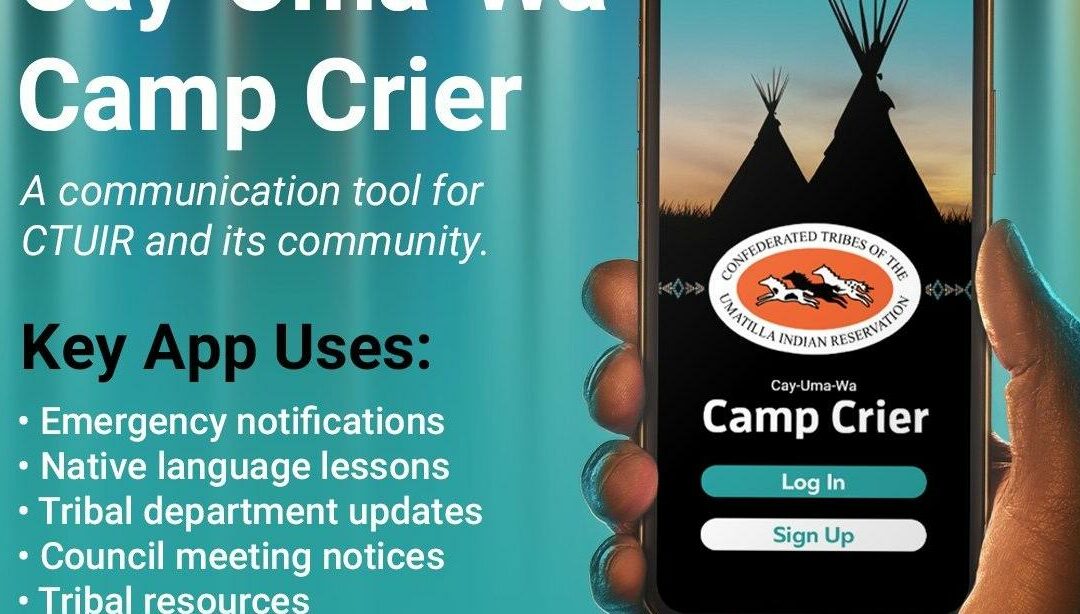 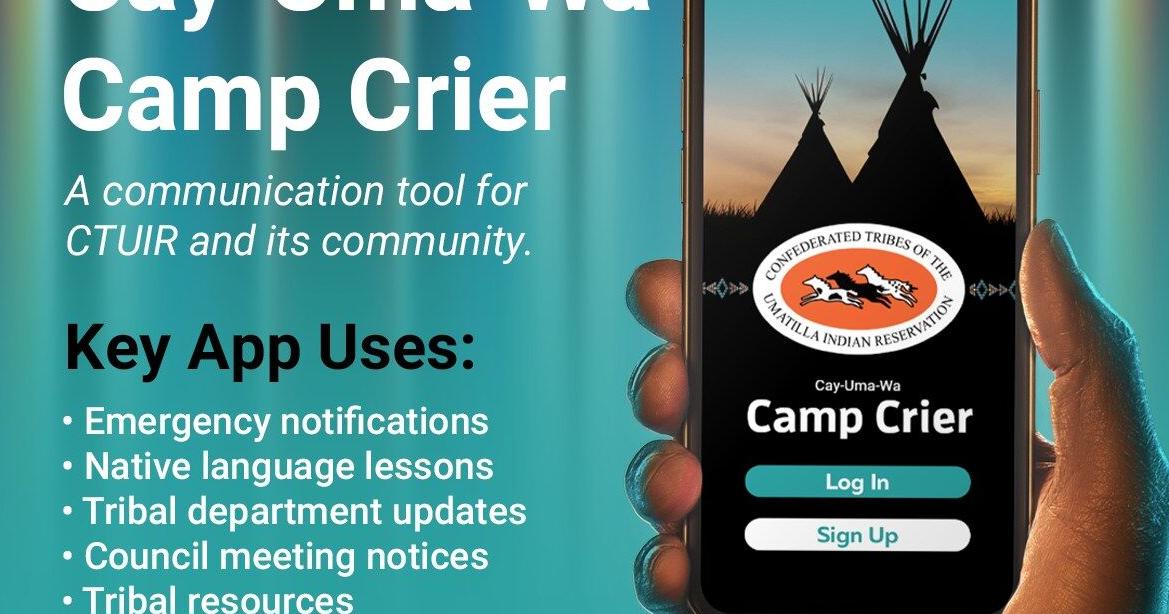 MISSION — The Confederate Tribes of the Umatilla Indian Reservation debuted it new communication app this past week, hoping the user-friendly system will catch on quickly.

Cay-Uma-Wa Camp Crier app works as a broad alert system app as well as a message board for groups to communicate together. The app is only accessible by approved members, who must be a part of the tribes.

“We hope that the community runs with it,” CTUIR spokesperson Giselle Halfmoon said. “That they’ll see it as a need and add friends.”

The idea for a comprehensive tribal system formed during the height of the pandemic lockdown. Years prior, CTUIR relied on an alert system for mass notifications across the reservation, but it decided to use something to meet tribal needs.

“We saw a lot of people using socials and websites,” Halfmoon said. “But we wanted to get something that was in people’s pockets.”

Using funds from the federal Recovery Act, Mission-based Cayuse Native Solutions developed the app. Its name is based on native history: The camp criers of old traveled from camp to camp sharing news and information with the people.

The tribes released Camp Crier last week and is slowly building up a consumer base on the reservation. Halfmoon is the only administrator but is hopeful that changes as the tribes plan for a team of moderators to take over.

“We want to be more hands-off and that the community runs it,” Halfmoon said.

And it’s not just those on the reservation who can join the app. Anyone with a CTUIR enrollment number can join. Halfmoon mentioned groups in the Portland area that she said she hopes will use the Camp Crier for updates and messages.

The release of the app ends the first phase of development. Next up is streaming. Halfmoon said the developers are in contact with KCUW Radio for sports coverage and radio service. In the future, she said the app could be available nationwide for other tribes to use.

The app is available on both the App Store and Google Play.