Crash at Polk/W. 13th under investigation 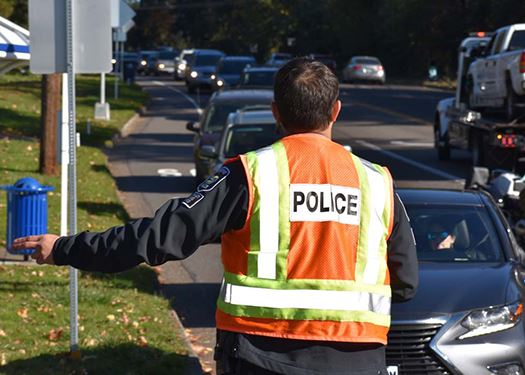 At 7:27 p.m. on June 4, Eugene Police were called to respond to a crash at Polk Street and W. 13th Avenue. The incident prompted a Eugene Police Major Collision Investigation activation. During an investigation, Blake Oren Bates, age 36, of Eugene, was found to have been driving an Audi A3 and failed to obey a traffic device (red light) at Polk Street and W. 13th Avenue, colliding with a Subaru Forrester. A utility pole was sheared off its base during the collision. A passenger in the Subaru was transported to an area hospital with injuries and then later released. The driver of the Subaru was admitted for serious, but not life threatening injuries. After the crash, Bates left the scene on foot but was contacted by officers a short distance away and then transported to a local hospital for treatment of non-life threatening injuries.