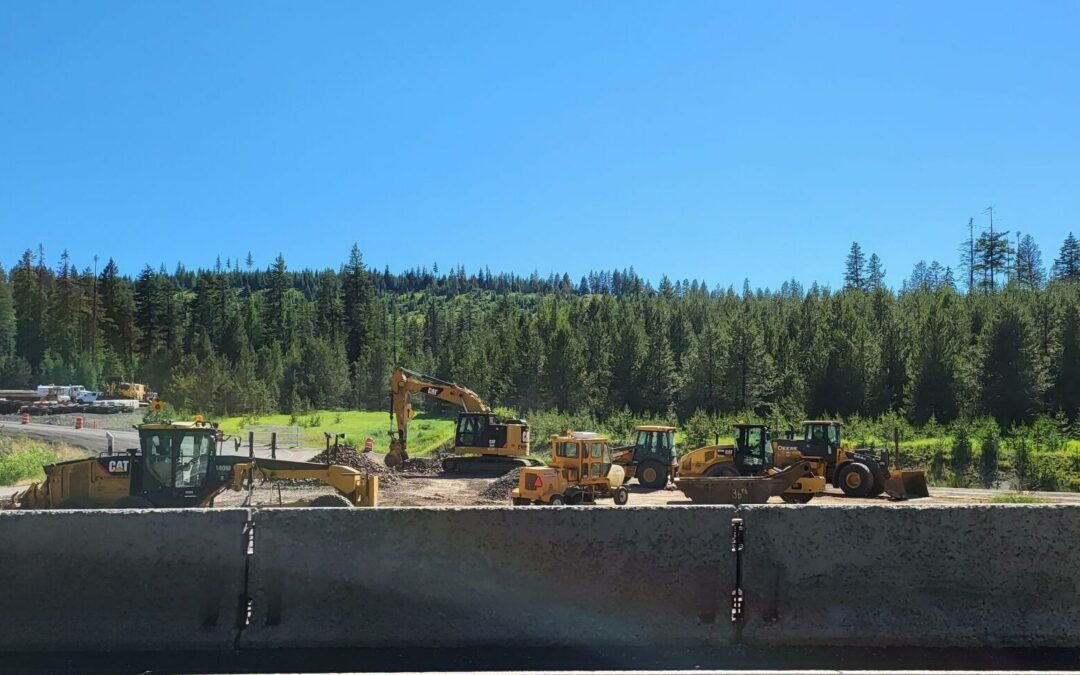 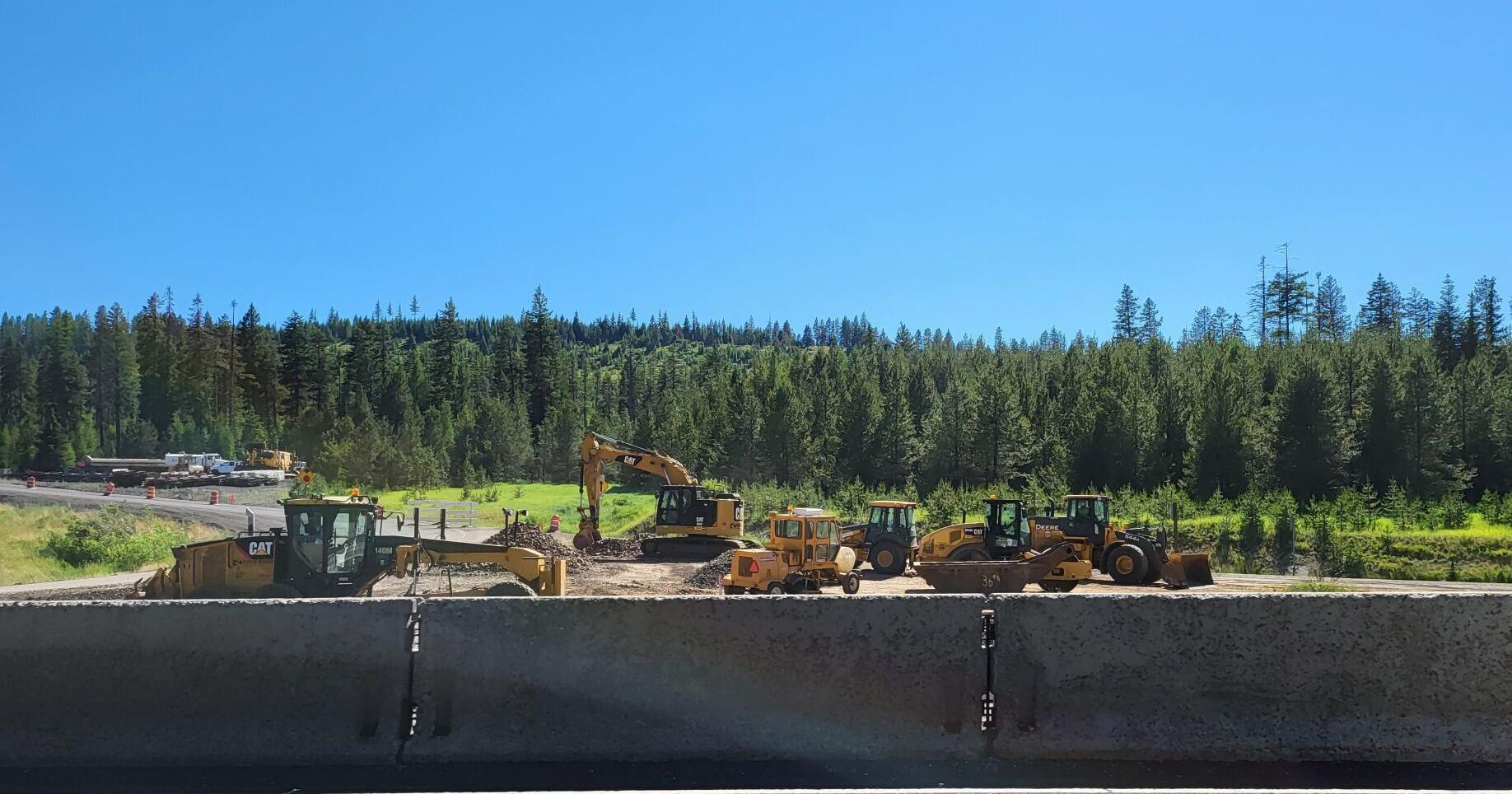 MEACHAM — People driving between the Kamela and Meacham exits on Interstate 84 this summer are experiencing a little bit of what it was like to make the journey more than five decades ago.

The only roadway between La Grande and Pendleton then was the two-lane Highway 30, a far cry from Interstate 84, which has at least two eastbound and two westbound lanes. Today, however, a portion of Interstate 84 is virtually a two-lane highway between Meacham and Kamela due to restoration work by the Oregon Department of Transportation being conducted on the freeway.

Presently, a portion of the freeway between Meacham and Kamela, which normally is only a westbound section, is now a two-lane road with vehicles going opposite directions in each lane to allow the adjacent two lanes of eastbound freeway next to them to be restored.

Cones have been installed to divide the two lanes of traffic. The speed limit is being reduced from 70 to 50 mph in the work zone of the project to protect travelers and those working at the site.

Motorists are being urged to drive with extra caution while this work, which is expected to continue through early fall, is conducted.

ODOT spokesperson Tom Strandberg is encouraging people planning on going through this section of the I-84 to leave earlier than normal to allow for more time to reach their destination so they are not tempted to rush through the construction zone, where extreme caution is needed.

“People make bad decisions when they are in a hurry,” Strandberg said.

Oregon State Police, working in cooperation with ODOT, have an increased presence in the work zone to discourage people from speeding through it.

The two-year, $39 million Meacham-Kamela project started in 2021. Oregon Department of Transportation crews restored roadway in the westbound and eastbound lanes of I-84 for 3-1/2 miles east of Meacham before shutting down for the winter. ODOT is on pace to restore the remaining miles of freeway for the project by early fall, Strandberg said.

The repaving work is necessary because severe winter weather and heavy use of tire chains have rutted the roadway’s asphalt surface.

“Puddles of water can form in the ruts,” Strandberg said.

The puddles can cause vehicles to lose control, he said, and when they freeze they create even more hazardous conditions. Preventing such conditions from occurring is an objective of ODOT this summer.

“Ruts are dangerous,” Strandberg said. “We want to keep the pavement smooth.”

The westbound and eastbound lanes for slow traffic, now made of asphalt, are being rebuilt with concrete, and the fast lanes are receiving new asphalt.

Strandberg said concrete, which is longer-lasting than asphalt, is the best fit for the slow lanes because they have such heavy truck traffic. Concrete is more expensive than asphalt but the extra cost is worth it.

“Asphalt lasts 10 to 15 years but concrete can last at least 35 years,” Strandberg said.

Some portions of concrete freeway in Oregon, Strandberg said, are believed to have been in place for 50 years.

Paving work for the Meacham-Kamela project is being funded primarily with federal gas tax money.