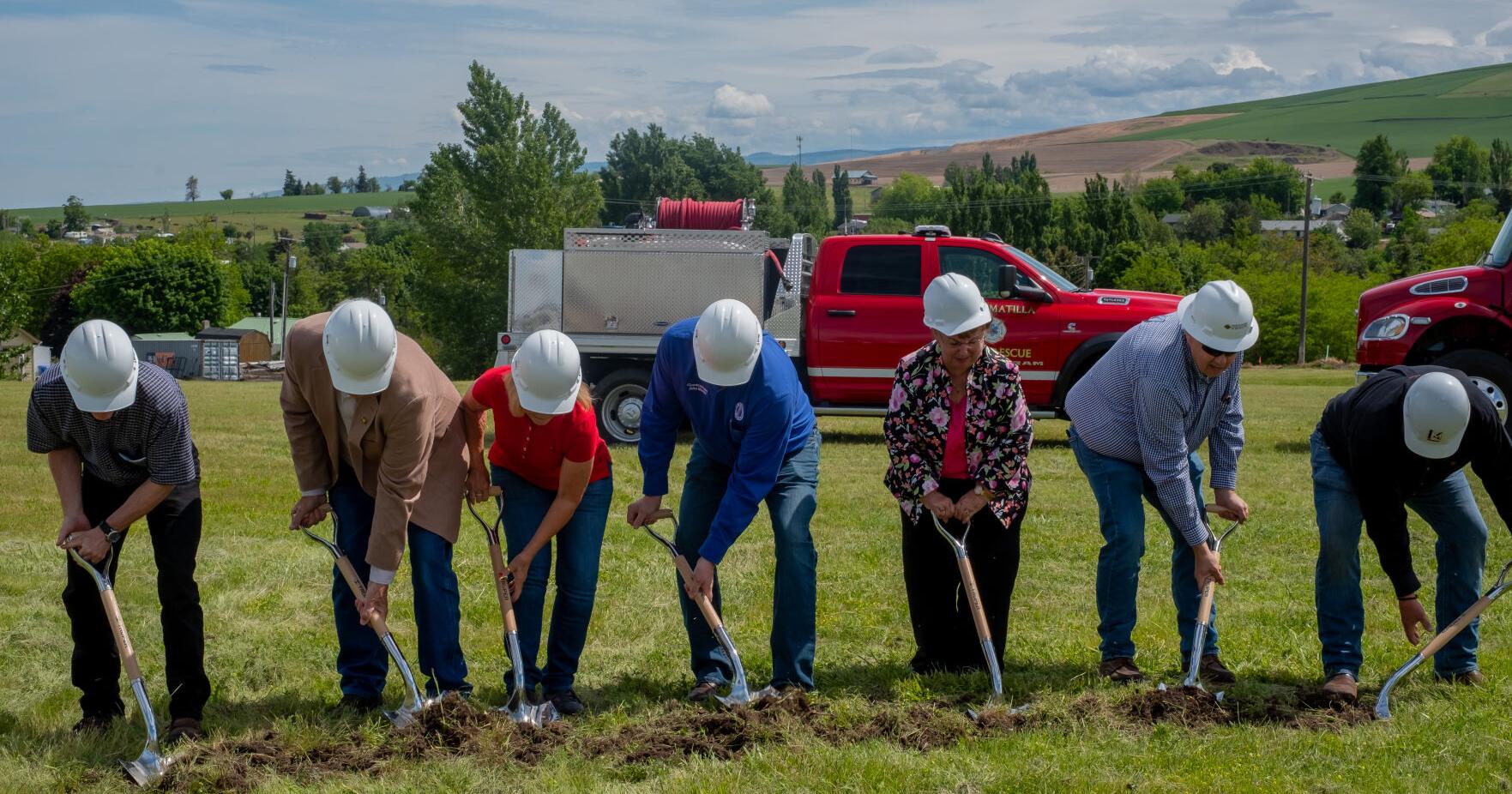 Firefighters, local officials and members of the public came together Wednesday, June 8, at the corner of Bannister Road and Mill Street in Weston to participate in the groundbreaking ceremony for the new station. Although the real work won’t begin until 2023.

The previous fire department, the East Umatilla County Rural Fire Protection District, purchased the land in July 2011, according to a press release from ast Umatilla Fire & Rescue. Six years later, the district made an intergovernmental agency agreement with Helix Fire Department to work as one department. In 2019 the communities voted to come together as one fire district.

Fire Chief Dave Baty contacted Umatilla County Commissioner John Shafer about a grant to loan the money for a new fire station. Shafer called state Sen Bill Hansell, R-Athena, who had the idea to use state lottery-supported capital construction funds to get on a list and maybe get some money. According to the press release, the project needed about $5 million.

Then came the federal 2021 American Rescue Plan Act, which provided $4 million to each state senator and $2 million per state representative to fund projects in their districts. Hansell asked Rep. Bobby Levy, R-Echo, if she was willing to donate half of her ARPA funds to this fire district.

The pair toured the facility East Umatilla Fire & Rescue was using and saw firsthand the challenges it presented, including trying to get fire trucks in and out of a steep incline to respond to each call.

“East Umatilla Fire & Rescue’s fire station has more to do before this building is started,” according to the press release, including finalizing building plans. The real groundbreaking is not until February 2023 with McCormick Construction. 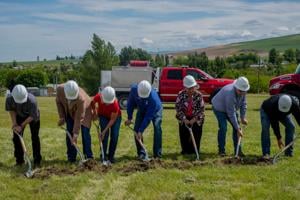