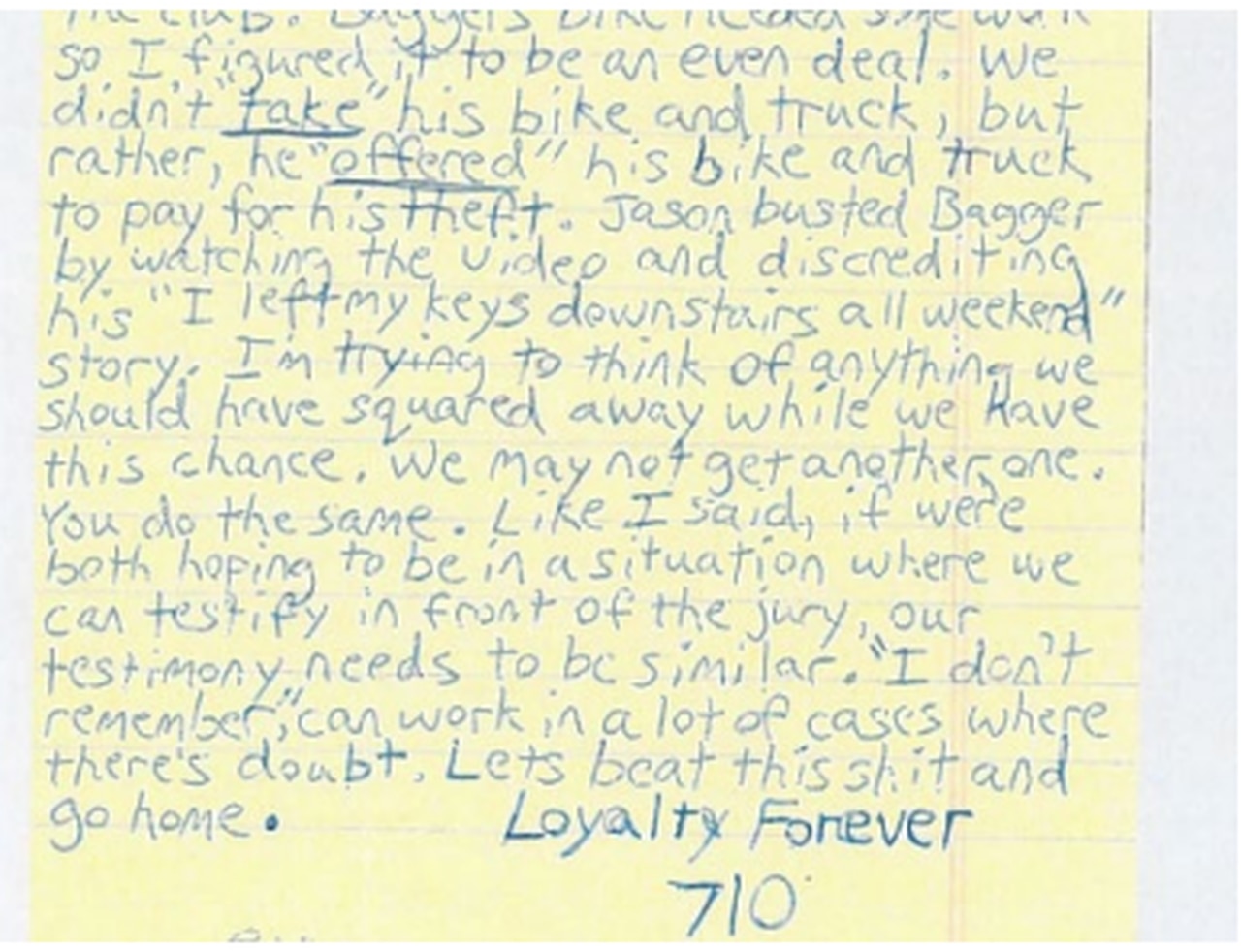 Mark Dencklau, the president of the Portland chapter of the Gypsy Joker Motorcycle Club, went to trial and was convicted and sentenced to life for orchestrating the kidnapping, torture and killing of ex-club member Robert “Bagger” Huggins Jr. in 2015.

Now, as he appeals his sentence, he’s urging a judge to order the government to give him Huggins’ 2011 Harley Davidson motorcycle back.

Huggins was pushed out of the club in 2014 and beaten after he stole money from the Portland clubhouse to support a heroin addiction, prosecutors said. Club members took Huggins’ motorcycle and truck as well, and Dencklau eventually obtained the title for the Harley Davidson bike.

When police raided Dencklau’s Woodburn home, they seized the bike.

Dencklau argues he’s the lawful owner of the Harley and police unlawfully took it from his home.

But prosecutors say Dencklau has it all wrong.

He stole the motorcycle from Huggins and doesn’t deserve to get it back, they argue. The government plans to return the bike to Huggins’ family, prosecutors told the court.

Dencklau’s lawyer cites testimony from Dencklau’s co-defendant, Earl Fisher, who said at trial that Huggins signed over the title as part of “paying the debt for the money he had stolen” from the club. Fisher, who was treasurer of the Portland chapter, said he deposited the title into the club’s treasury.

Dencklau later approached the club about trading another bike for it, which he did, according to Erik Eklund, Dencklau’s lawyer.

He submitted to the court a copy of the title in Dencklau’s name, dated June 6, 2014, with what appears to be Huggins’ signature. The date of transfer shows June 6, 2014, when the bike’s odometer read 18,500 miles.

“This Court should issue an Order compelling the government to return Mr. Dencklau’s property to him or his designated representative,” Eklund wrote to U.S. District Judge Michael W. Mosman.

In June 2014, the Gypsy Joker club kicked Huggins out for stealing from the club. Dencklau testified he suspected Huggins had taken about $18,000 from the club. In response, Dencklau and other club members beat Huggins in the club basement for several hours, using batons, weight plates and fists. Members and associates also forced Huggins to turn over his motorcycle and truck to the club, according to prosecutors.

“Even if Huggins owed the Club a debt, stealing property from Huggins by force is not a lawful form of recourse,” Assistant U.S. Attorney Leah Bolstad wrote to the court. “Dencklau stole this motorcycle. He was not then, and is not now, a lawful owner of this motorcycle.’’

After Huggins’ beating, someone handed Fisher the title to Huggins’ Harley Davidson – “it appeared to have been signed by Huggins, but Fisher did not witness that moment,” Bolstad wrote in her response. When asked at trial about who the title was signed over to, Fisher said that portion was blank when he received the document and placed it in the club treasury, according to Bolstad.

As payback for getting kicked out of the club and forced to relinquish his bike and truck, Huggins later robbed Dencklau’s Woodburn home in June 2015, prosecutors argued at trial. Later that month, club members kidnapped Huggins, 56, from a home in Portland, drove him to a shed in Washington state and beat and killed him on June 30, 2105, before dumping his body in a remote field, prosecutors said.

According to Dencklau’s lawyer, however, co-defendants Tiler Pribbernow and Fisher both described how Huggins signed over the title to his motorcycle to satisfy a debt to the club and Dencklau later exchanged another motorcycle for it with the support of other club members.

“Registering this motorcycle in defendant’s name does not change the facts about how it came into defendant’s possession – he and other club members forced Huggins, during a brutal hours-long beating in the clubhouse basement, to sign over title,” Bolstad responded in her filing.

Prosecutors further submitted to a court an excerpt from a handwritten note Dencklau sent to co-defendants while they were in jail awaiting trial. In the note, he implored them to get their stories straight, reminding them that “our testimony needs to be similar.”

Mosman, who presided during most of the trial and at Dencklau’s and his co-defendants’ sentencings, may hold a hearing on the matter before issuing a ruling. 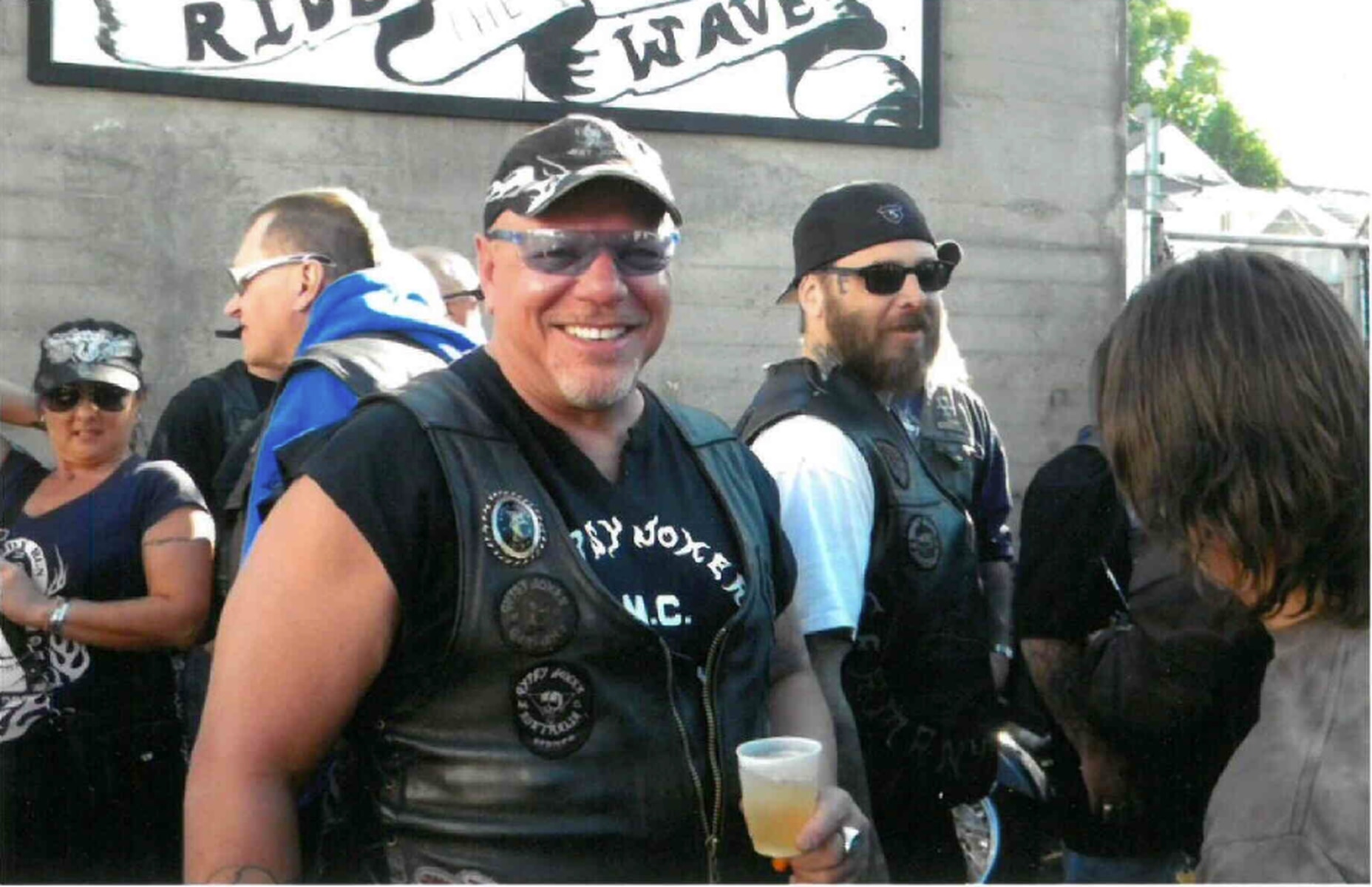