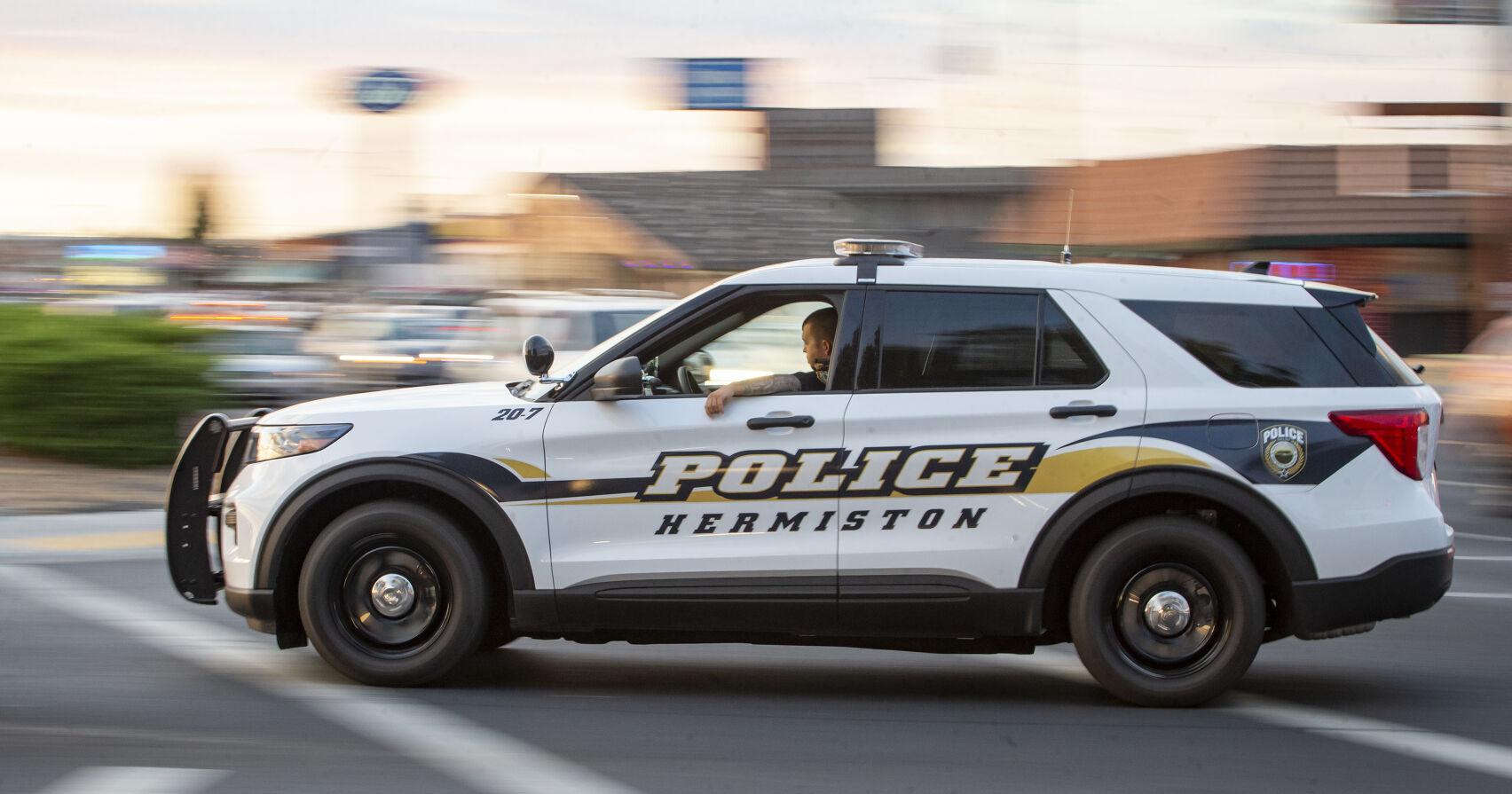 HERMISTON — A Umatilla County Fire District No. 1 ambulance transporting a patient Friday, July 9, collided with another vehicle, and Hermiston police cited the ambulance driver after the crash.

Hermiston Police Chief Jason Edmiston reported officers were assisting Umatilla County Sheriff’s Office and Oregon State Police that morning at a crash involving a vehicle and a motorcycle just outside the city limits on Highway 395. The fire district reported it was taking one of the crash victims to Good Shepherd Medical Center, Hermiston, to rendezvous with a helicopter ambulance.

A Hermiston police officer decided to follow the ambulance at a distance to ensure it made it to the hospital without any interference from drivers, according to Edmiston. The officer was operating without lights and sirens and kept several hundred yards behind the ambulance, which had lights and sirens going, when it entered the intersection of North First Place and Elm Avenue/Highway 207 and collided with another vehicle.

The officer immediately activated his body-worn camera, according to Edmiston.

“Those cameras constantly record and once activated, the recorded clip begins 30 seconds prior to activation,” he explained. “In this case, the collision was caught on camera.”

And after a thorough investigation, Edmiston also reported, police cited the driver of the ambulance, William Dewitt, 34, Hermiston, was cited for failure to obey a traffic control device.

The fire district reported a second ambulance arrived shortly after the crash and transported the initial patient to Good Shepherd.

Umatilla County Fire District No. 1 also reported one of its employees was injured in the collision at North First Place and Elm Avenue, and an ambulance took the employee to Good Shepherd.