HIKES NEAR BEND – THE REDMOND CAVES

For years I have seen pictures of the Redmond Caves and had it on our to do list, but for some reason we thought it would take too much time for us to visit; on our way to other outdoor adventures we would pass it and always save it for another time.  Well, we finally stopped to explore and now wish we had stopped sooner!

The Redmond Caves are just five minutes from the center of town and right next to the Redmond airport,  making for a quick outdoor adventure!  You will see a simple BLM sign on highway 97 as you head out of Redmond towards Prineville. There are no bathrooms or visitor stations so you are completely self-guided. 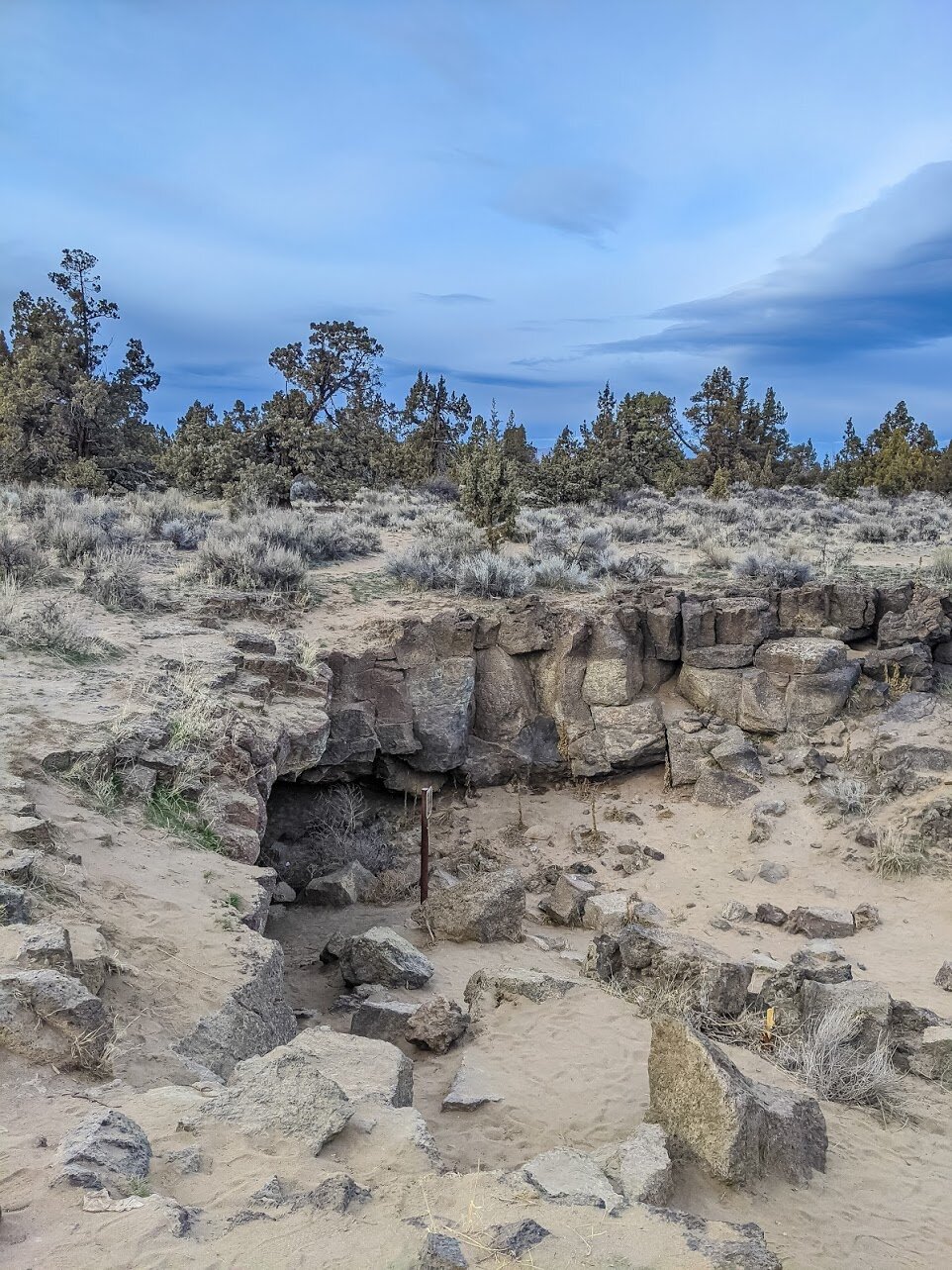 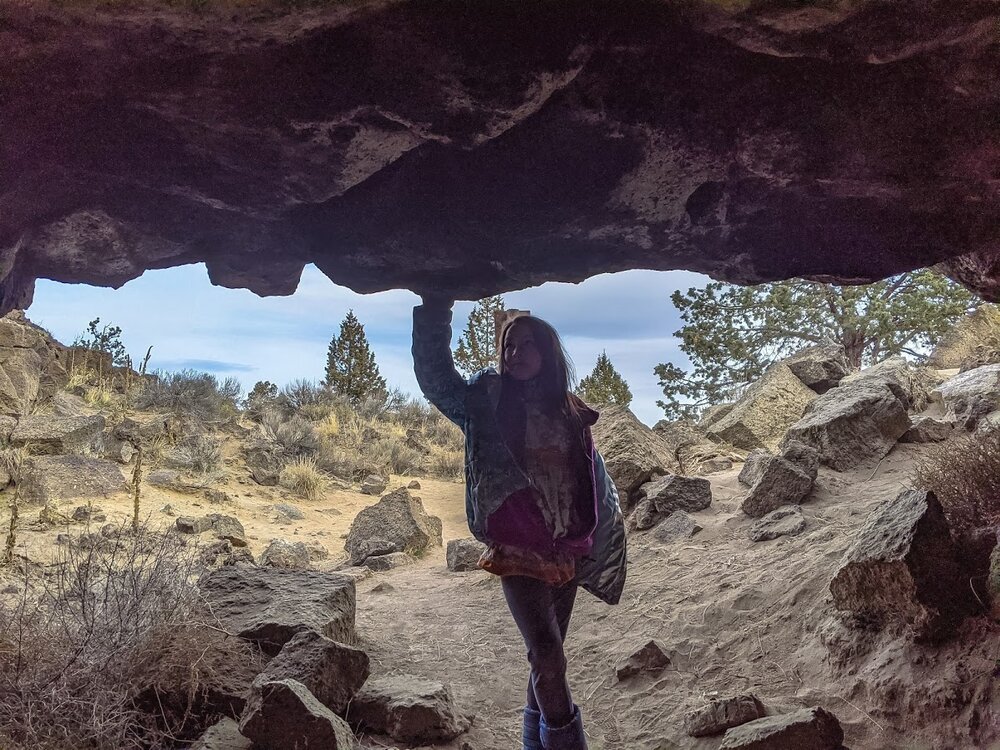 As we headed up the trail, the map says that there are five caves, but there are actually only three of them you can actually go into, at least that we found. It seems a bit confusing, but cave four is the first cave that you will see immediately down and to the right of you as you pass the gate. The entrance is pretty low and it’s not too deep, so it does get dark quickly. Just be prepared with your light source. 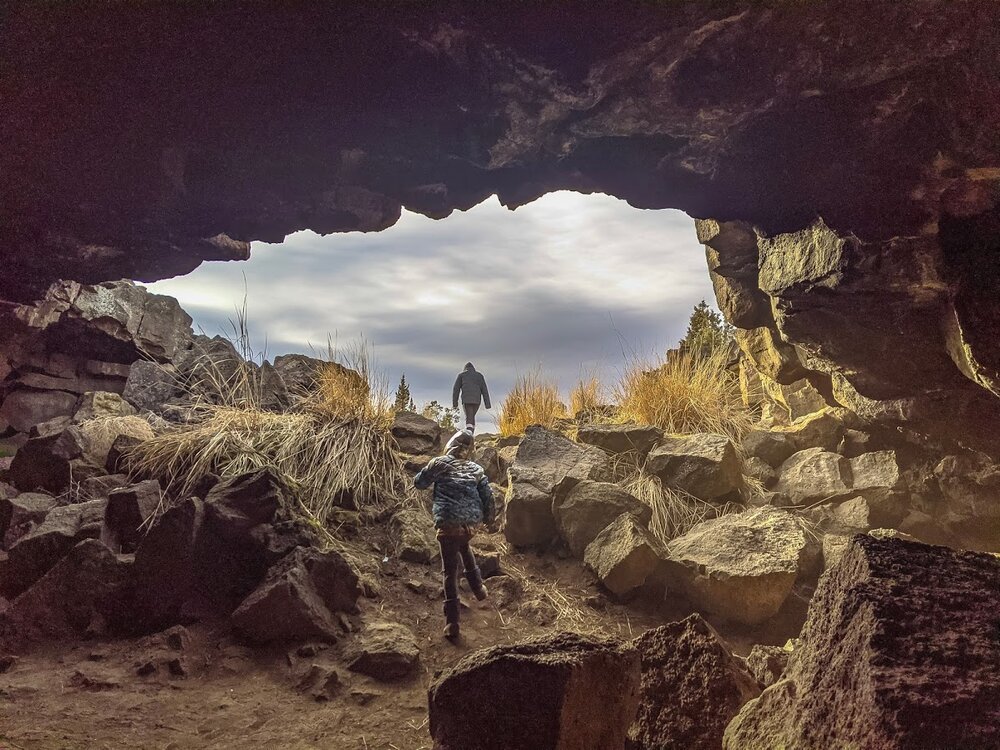 When we continued up the trail it was kind of a guessing game.  We decided to go straight up the trail that took us to cave three but there was a group of people in there so we decided to head to cave one.  Cave one had two entrances right next to each other.  This cave was tall enough for Gary to stand up in (he’s 6’2”) and it went pretty deep back so it got really dark, so dark that our cell phones were NOT light enough. Olivia really liked this cave because it was so big! 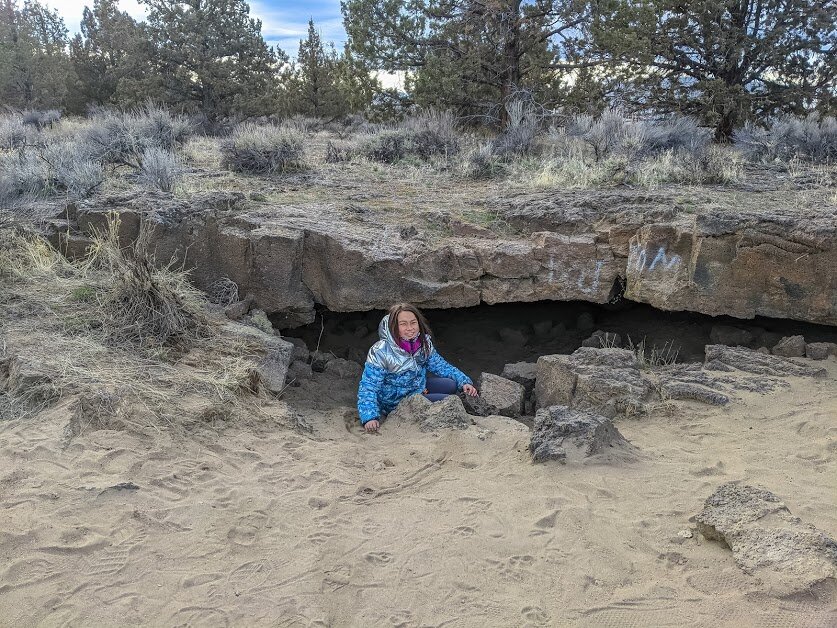 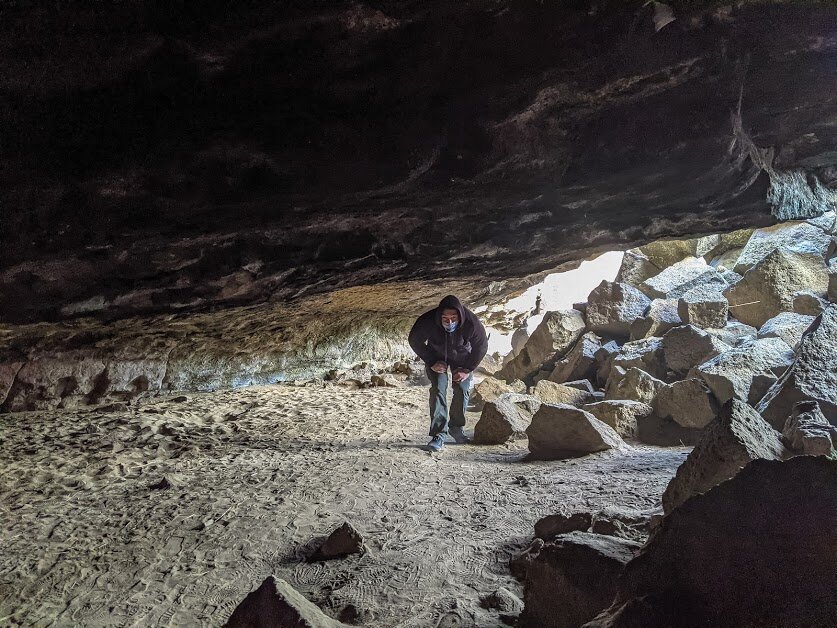 I’m not sure how they numbered the caves, but cave two, was past cave one and there was no visible entrance to the cave that we could see. There were small holes but nothing viable for entrance.

After that we doubled back to cave three. It was fairly large, though you had to scramble down some rocks to get in there and it wasn’t very tall; Gary had to lean on his knees to walk through.  What we discovered on our second visit through is that you have to keep exploring. When it seems like you’ve reached the end make sure to look lower. We found out that though it got really low you could keep going and then it opens up to another cave and come back out where cave one was. Such a fun discovery that we wouldn’t have even noticed if we hadn’t had a bright light with us.

We finished off our adventure looking for the entrance to cave five.  We couldn’t find anything so we just took the trail around that took us past cave four and back to our car.  All in all, it was definitely worth the stop.  It was a quick adventure to start off our Central Oregon trip with the kids.

A few tips if you want to maximize your visit.

Checkout our Steelhead Falls story if you want a cool hike with kids in Terrebonne; home to Smith Rock and Redmond’s neighbor!