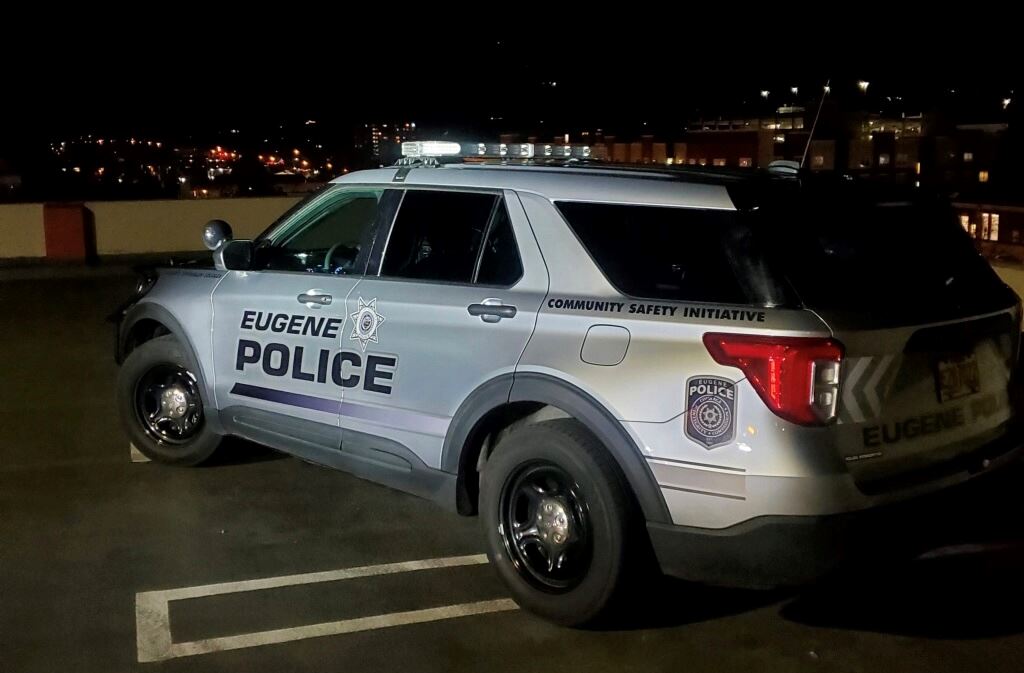 A burglar, who victimized many west-university apartment complexes, has been sentenced to seven years in prison for a series of burglaries she committed. These investigations ultimately came to a successful resolution after a lot of hard work and dedication by Eugene Police patrol officers, dispatchers, records staff, crime analysts, and detectives.

Alaina Rose Castillo-Noguez, age 23, of Eugene, was recently sentenced for a series of burglaries she committed.  At the beginning of last school year, Castillo-Noguez victimized many west-university apartment complexes, often breaking into apartments while the unsuspecting students slept. She stole various property including wallets, cell phones, clothing, house and car keys, vehicles and other personal items.

Castillo-Noguez was arrested September 29, 2021, and released from jail on Oct 13, 2021.  She was again arrested on October 31, 2021, after she committed another burglary and two robberies. She remained in custody until she pled guilty to several counts of Burglary in the First Degree, Theft in the First Degree, Unlawful Use of a Motor Vehicle, Robbery in the Third Degree, Theft of a Firearm, and Felon in Possession of a Firearm.  On August 5, 2022, she was sentenced to seven years in the department of corrections.

This investigation was difficult and required a lot of follow up. She was difficult to track down and identify due to the face masks worn during the pandemic, as well as other factors. For some time, she had broken in to and was living (squatting) in an abandoned house in the west university area and caused significant damage there.  Since she didn’t have that house listed on a driver’s license, it was difficult to find her.  An EPD Property Crimes Unit detective began working the case starting mid to late September, immediately after the incidents began occurring.

On September 28, 2021, an EPD patrol officer found her in E. 17th Alley and Hillyard Alley and made a good call to contact her. This officer did  an outstanding job and Castillo-Noguez voluntarily gave up a cell phone she said did not belong to her. After additional investigations, EPD was able to identify the owner of the cell phone and found she had been the victim of one of Castillo-Noguez’ home invasion burglaries and thefts.  The victim awoke in that case to Castillo-Noguez being in her apartment and stealing her backpack containing her cell phone, wallet, and credit cards.

In another case, another EPD officer was in the Washington-Jefferson Park and observed a valuable bicycle at one of the encampments.  She contacted the person who possessed it and they granted her consent to run the serial number.  She found that bicycle was stolen.  The officer was able to track the bike to a person matching the description of Castillo-Noguez.  Further investigation resulted in video surveillance of Castillo-Noguez being the one who committed that burglary and theft.

There were other cases that were not filed and/or that she was not convicted of, including when she got into a home of several female college students.