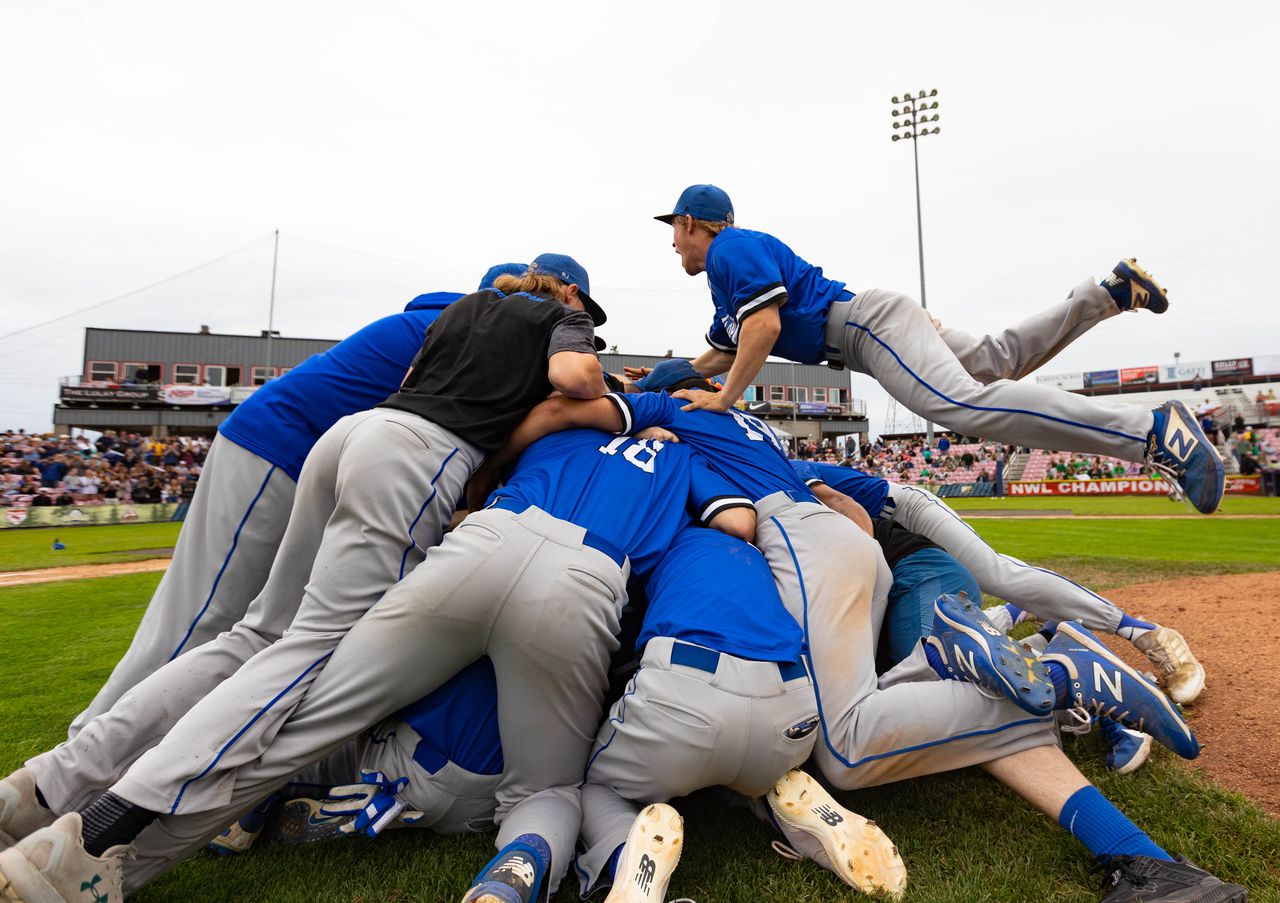 KEIZER — After Tuesday’s Class 4A state championship game at Volcanoes Stadium in Keizer, La Grande’s Nick Bornstadt stood at first base gripping the Tigers’ championship trophy, with his high school diploma in one hand while wearing his graduation gown over his dirty baseball jersey.

On top of winning a state championship, Bornstadt was one of many La Grande seniors who got to celebrate his commencement on Tuesday night.

“It’s awesome,” Bornstadt said of the moment. “This group has been working together since like we were 9 years old for this moment. It’s just so awesome to be able to experience this and play my last game of high school baseball with all my boys.”

Bornstadt was a key piece to the Tigers’ formula on Tuesday, as La Grande dominated Hidden Valley 10-1 in for the title. The senior first baseman had three hits and three RBIs in his last game for La Grande.

And while the scoreboard shows the offensive onslaught, La Grande’s title win started on the mound. Junior Jace Schow, who didn’t have to partake in the commencement ceremony, pitched six innings, allowing six hits, one run, walking one and striking out 11.

“Throw strikes, get outs,” Schow said. “I knew I had my team behind my back, so I was ready to do anything.”

Bell came in for the final inning, allowing one hit, no walks and striking out two. La Grande coach Parker McKinley said the Tigers’ pitching staff has been the true strength of the team this season. The Tigers didn’t have any players go over 50 innings pitched this year, showing how much they have been able to distribute the play time in 2022.

“The depth of our pitching staff has been tremendous,” McKinley said.

While Schow got the lion’s share of play time on Tuesday, and Bell came in late, McKinley said they could have played Sam Tsiatsos or Logan Williams and been confident.

“Those guys get up on the mound and they compete,” McKinley said. “I really think that the majority of that comes from their ability to trust their teammates behind them. They’re not afraid to throw strikes.”

La Grande started the game off hot, drawing back-to-back walks to get the Mustangs sweating. A single by Bornstedt scored Williams and Schow.

The Mustangs got on the board in the bottom of the second inning. Nolan Kennedy scored on a balk to make it a 2-1 game.

The Tigers added another run in the top of the third inning. Bornstedt again fired one out to left field to score a run.

In the top of the fourth inning, Armstrong added another for La Grande with a big sacrifice fly out to right field.

La Grande blew the game open in the top of the fifth inning. Cesar Rodriguez drew a walk with the bases loaded, forcing Devin Bell home. At the next at-bat, Braden Carson hits a big single to score two. Then Armstrong hit a ground rule double to score two more and make it 9-1.

Schow put a cherry on top of his Tuesday performance with a solo home run to lead off the top of the sixth inning, sailing the ball well over the left field fence.

Vidlak, Kennedy and Alex Elzy each had two hits for the Mustangs.

While the Tigers ran their way through Oregon competition, the road to the Class 4A state championship game wasn’t so simple. On Saturday morning, the 4A and 6A classification championship games were postponed to Tuesday due to rain. La Grande, who spent Friday night in a hotel in Keizer, found out while eating breakfast.

“We were actually eating breakfast and I had just gotten my plate of food and sat down,” Bornstedt said. “It was just kind of a big letdown, because all of us were just so ready and anxious to play and were just super looking forward to the game.”

The Tigers then had to pack up and head back to eastern Oregon. And while it was just a few days off, it felt like an eternity to the Tigers. The trip meant that seniors missed graduation, went to Silverwood for a senior trip and attended friends’ graduation parties over the weekend. Juniors, like Schow, had to take finals on Monday. Then McKinley had to round up the team again to return to Keizer.

McKinley said it also threw a wrench in their plans as assistant coaches and parents had to scramble to make work arrangements so they could attend the game on Tuesday.

“The tailspin that put everything into, bumping from Saturday all the way out to Tuesday, was not something that anybody was prepared for,” McKinley said.

But ultimately, McKinley said having the strong core of upperclassmen was what made the Tigers able to come back and seamlessly compete at a high level on Tuesday. 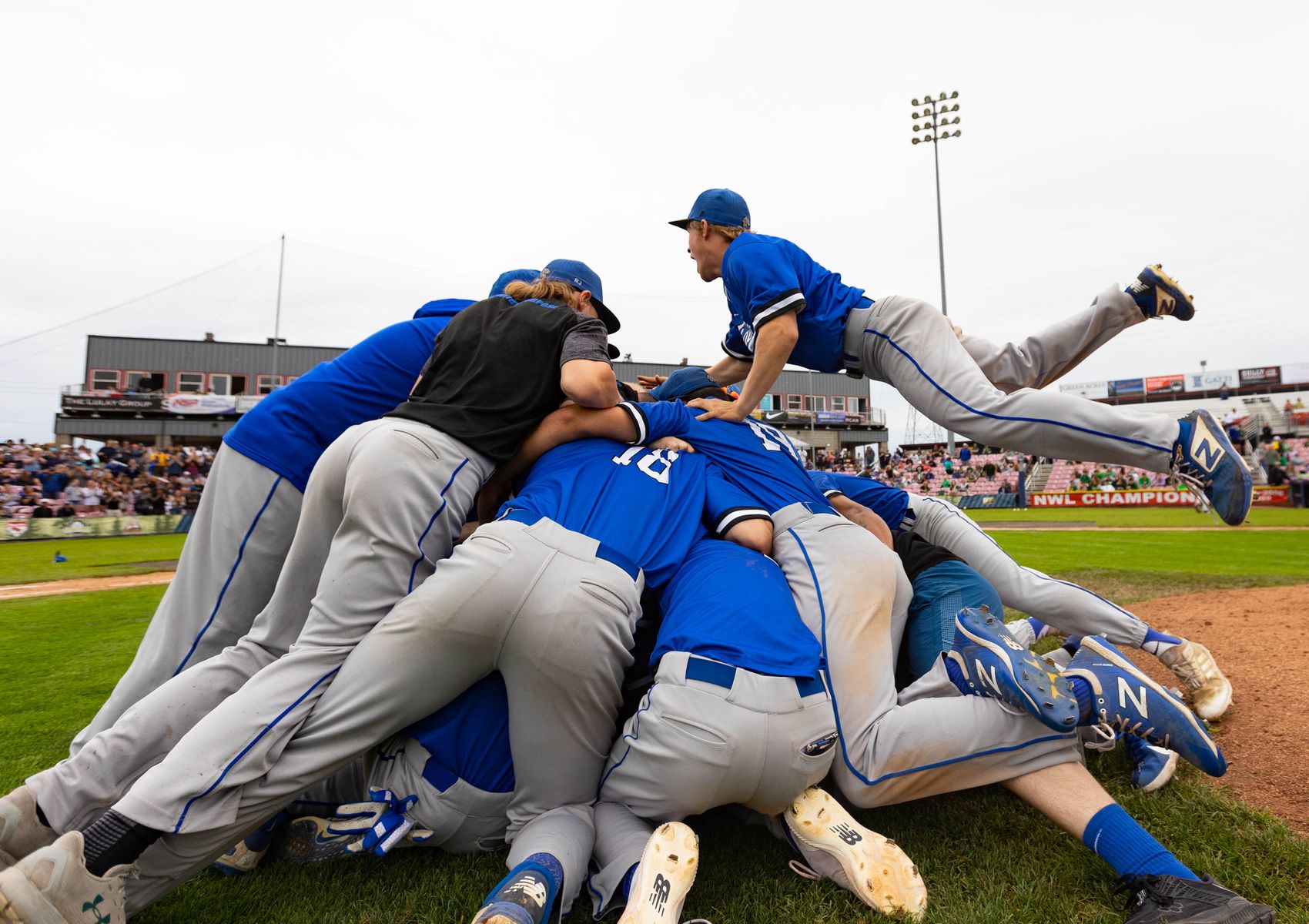