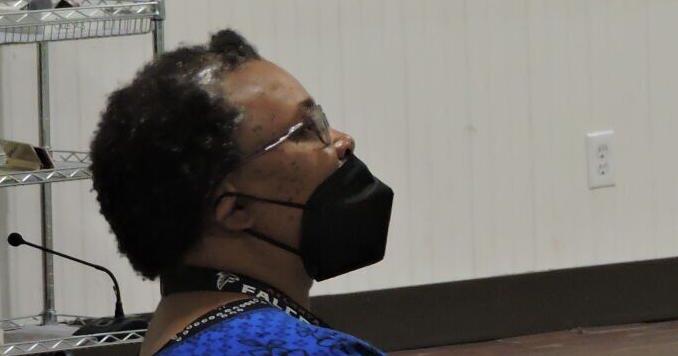 HERMISTON — Jackie Linton is set to be the first African American person on the Hermiston City Council, according to the mayor and several people within Hermiston city government.

“I’m very happy,” she said in an interview last week.

Election Day was May 17.

On Memorial Day, Monday, May 30, the vote count in her race against City Councilor Lori Davis was 906-817, giving Linton roughly a 5% advantage over the long-serving and well-respected incumbent. While these figures remain unofficial until they are certified June 7, people at the city are accepting Linton’s victory as fact; they are planning for her to be sworn in with other recently elected city council members at the start of the new year.

“Hermiston City Council has worked hard over the last decade to reflect our diverse population and Mrs. Linton, being the first African American, and another female to serve on the council, shows the commitment to our community to reflect its diverse makeup,” Hermiston Mayor David Drotzmann said.

Linton is a member of the board of the Hermiston Public Library and regularly attends, and speaks up at, city council meetings. She ran against Davis to join the council in 2018 but lost that election.

“Jackie has been an active citizen participant at our city council meetings and various committees for well over a year,” Drotzmann said. “She’s engaged in her community and will be a welcome addition to the council.”

A voice of change

Linton pointed out that there are not many Black people in Hermiston. If there were more, she said, it would have been more likely for African Americans to have run for and won offices. She said she saw more people of her race when she was a child, but many moved out of town, as they chased jobs in bigger cities.

Anyway, she said, she did not seek office to help the people of one particular race.

“I want to help all of Hermiston,” she said.

According to the councilor-to-be, people voted for her because they wanted change, not necessarily because of her race.

“The things that I stood for, they were also for,” she said.

In her campaign, she frequently spoke of the Hermiston Police Department. Following the election, she still was talking about it. The department, she said, needs to add staff to meet the growing size of the city. In addition, she said, homelessness needs to be addressed.

She said that she was raised with values that include looking after people and giving them “a hand up” when they need one. Mental health assistance, jobs and addiction recovery services should be high priorities when addressing homelessness, she added.

Linton was at the recent joint meeting of the Hermiston City Council, Umatilla City Council and Umatilla County Board of Commissioners to push forward the plan for a facility to assist homeless people. She said she is looking forward to studying it further.

A native of Hermiston returns

Linton was born in Hermiston in 1957. She attended schools in town until her junior year of high school, she said. In the middle of her junior year, she moved to Tacoma, Washington, with her mother and stepfather.

After graduation, she returned to Hermiston for a couple of years, until she was laid off from the job she started at Lamb Weston.

“I moved back to Tacoma,” she said. “I got a job there, and that’s where I stayed until retiring.”

She moved to Georgia to care for a grandchild after her retirement, and it wasn’t until 2012 that she returned to Hermiston. She came back to care for a sick family member. According to Linton, she was glad to be here again.

“I’ve been here ever since,” she said. “This is home, and I’m going to stay home until Jesus calls me home.”

While she lives here, Linton said she works at a solar power plant in Arlington. It’s a new job, she said, and it’s scheduled to end in November. After it ends, she will look for new employment, possibly working as a substitute teacher, she said.

“I’ll be working doing something,” she said.

As for her hobbies, she said she likes to watch movies and spending time with her grandsons. As they are involved in sports, she attends many practices and games.

Also, she likes to travel at least once a year. She said she has been to Israel, Germany, Mexico and Fiji. She named Africa as a place she would most like to see next. She said she hasn’t been there before.

“I’ve probably wanted to see the pyramids for 35 years,” she said.

If she can travel outside of Egypt, she said she would like to visit Ghana — if gas prices don’t rise too much.

“I like traveling to other cultures and seeing how other people live,” she said.

She said she hopes she can bring insights, which she has learned from other individuals and cultures, to the council.

“If there’s one thing that I have a passion for, it’s people,” she said. “There’s nothing wrong with my skin being black and yours being white, or if someone else’s is something in between. It’s about the people. You look at the people, and you do what you can to help them,” she said. 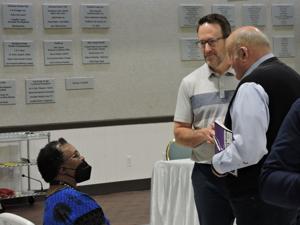