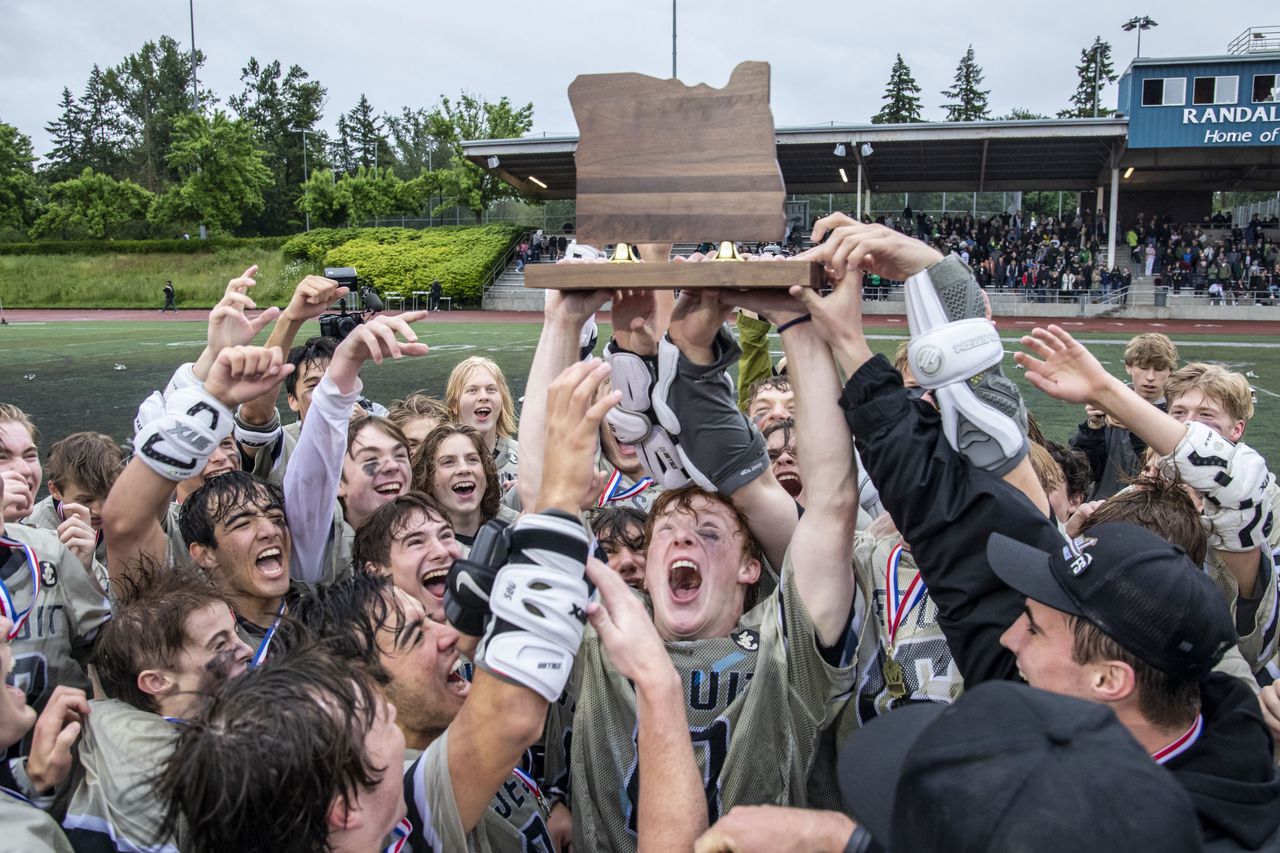 WILSONVILLE — Last season, it was Lakeridge that bested Jesuit in the final game. Since then, the Crusaders aimed to avenge that loss and take home the state title — mission accomplished.

“We worked so hard for this,” Jesuit senior midfielder Bennett Smith said. “Starting in the fall, we were doing workouts — two hours every day, just grinding and waiting for this moment. After that loss last year, we knew we were going to come back and win. So, it means a lot.”

He added: “Basically, seeing all the same guys from last year and knowing we lost last year, this whole preseason, we were thinking that we knew we were going to meet them in the championship. We were thinking we have to beat them this time. It added that much more motivation.”

Lakeridge beat Jesuit in the “Metro Championship” game in 2021. In lieu of a state championship, the metro-area schools participated in a postseason tournament.

The Metro Championship, though, isn’t recognized as an official state championship because not every team in the state participated, per the OHSLA.

“It means everything. These boys worked extremely hard. I’ve been there for four years, and guys have been grinding to take this program to the next level,” said Jesuit coach Bill Gleason. “We talked about making history four years ago. Then, obviously, we had some hiccups over the last few years with COVID. Then last year, losing it and responding to that loss, buying in and working even harder this year, the boys put it all out there. They grinded all season long, and they earned it. Super proud of them.”

Jesuit, the No. 1 seed of the state tournament, capped off a season in which many wins versus in-state opponents were won by wide margins. The Crusaders totaled 421 goals this season and allowed just 71 goals.

In the team’s lone loss, the Crusaders lost to California’s Sacred Heart Cathedral 8-7 in overtime.

“Honestly, it’s team ball. It’s playing team ball,” Gleason said. “Offense, defense, communicating and working together. Again, we have talent, but you can’t win just based on talent. You got to play as a team, and these guys really just bought into that.”

Jesuit (22-1) started hot out the gates, taking a 6-2 lead after the first quarter en route to going into halftime leading 11-3.

Lakeridge (21-3) finally got things going in the third quarter. The Pacers went on a 4-1 run toward the end of the period to cut into Jesuit’s lead.

“We stopped thinking about the score. We just played to have fun,” Lakeridge senior midfielder Ethan Bernhardt said about the team finding success in the third quarter. “It’s just like playing in practice—you don’t think about the score or count the goals that go in and the ones that get saved. You just think about playing with your friends, and it all just falls from there.”

Despite the slow start, Lakeridge coach Curt Sheinin said that the team showed its character in the second half.

“We told the kids at halftime that it was time not to play so tight, (and) enjoy the game. Play hard, but enjoy it, and play like you have nothing to lose,” Sheinin said. “I think that may have helped. I don’t know, but like I said, there’s no quit in this team at all.”

Bernhardt was the game’s leading scorer with six goals.

“You know, obviously, it didn’t end the way we wanted. But one last game with my friends that I’ve known for so long, I wouldn’t have it any other way,” Bernhardt said. “Can’t always get what you want, but I got to come out and play with my friends.”

Despite the loss, Sheinin praised his team for seeing the game through.

“Obviously, Jesuit is a great team. I’m just proud of our guys playing like they did,” Sheinin said. “They never quit. They kept going. You know, I don’t know what else to say. There were some things that we could have done better—ground balls really hurt us—but the effort of our team was fantastic.”

Smith had three goals and also took home Player of the Year honors.

“I mean, it’s nice, but really all I wanted was a state championship,” Smith said of the individual accolade. “That’s what matters most. That’s all I wanted—to win with my boys, work hard, grind, and it all paid off in the end.” 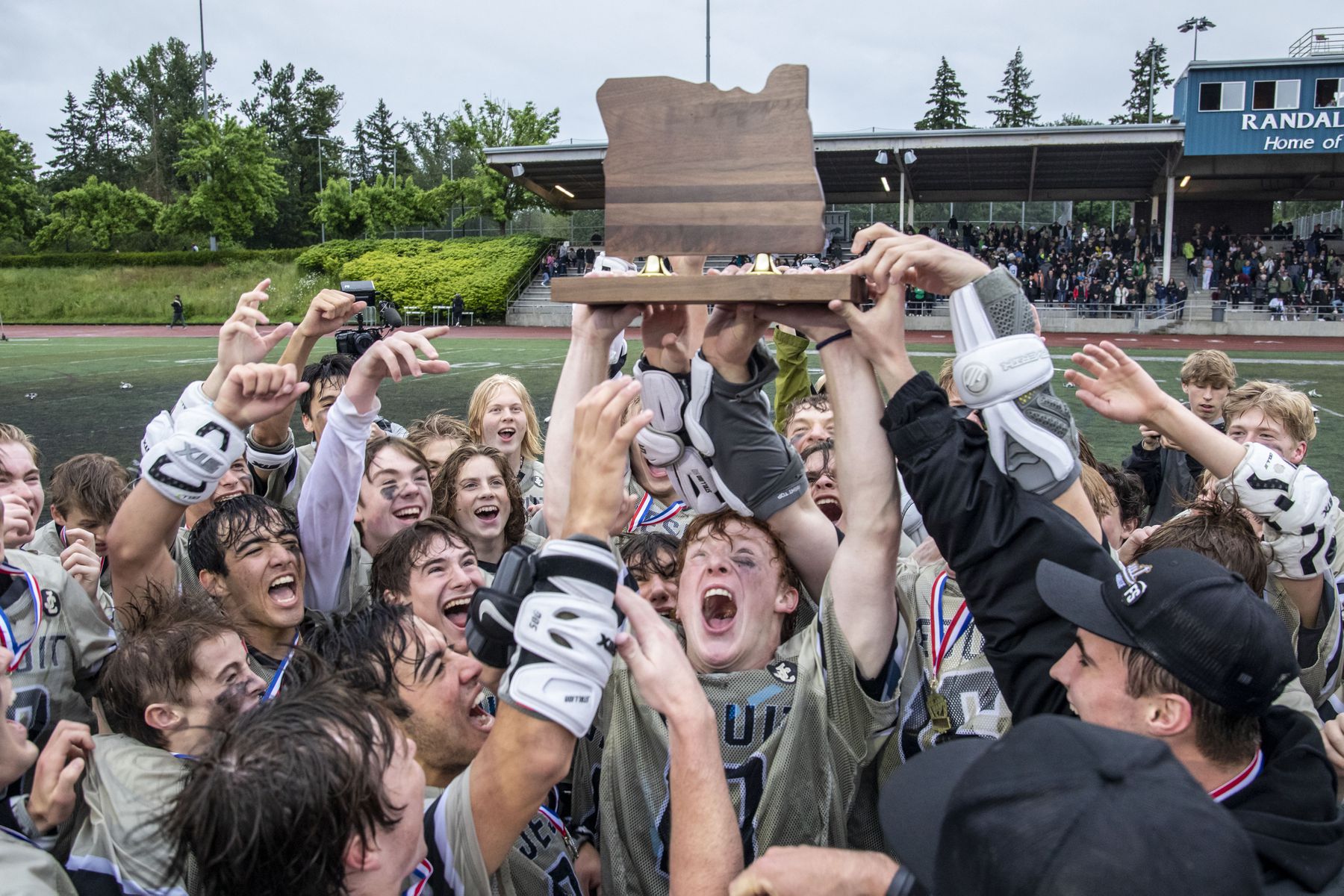