“With the rain over the weekend and the great progress that fire crews are making on the Cedar Creek Fire, we are able to lift the remaining evacuation notices in the Oakridge area,” said Lane County Sheriff’s Office Chief Deputy Carl Wilkerson. “This has been a long haul for everyone living in that area and all of us at the Sheriff’s Office appreciate how understanding the community has been, how quickly people moved to evacuate in September, and the cooperation among neighbors during such a challenging time.”

Lane County Sheriff’s Office detectives recently received information from the Internet Crimes Against Children Task Force that a subject, later identified as 22 year old Matthew Aaron Blomquist, had uploaded approximately 40 separate files of child pornography to a messaging platform named ‘Kik’.  As deputies investigated, they learned that Blomquist had been living at a residence in the 80000blk of Horn Rd. north of Cottage Grove.

FBI investigators obtained a search warrant for Blomquist’s residence.  LCSO detectives assisted the FBI with the execution of this warrant on Wednesday of this week.  Several videos containing homemade child pornography were located on Blomquist’s phone. Evidence was also discovered indicating that Blomquist has been filming himself sexually abusing a child in the recent past.

The Lane County Sheriff’s Office would like to thank the FBI Eugene Office for their assistance with this case.

On 10-17-2022 Detectives from the Lane County Sheriff’s Office and Oregon State Police were contacted by OLCC inspectors regarding an illegal butane hash oil (BHO) extraction lab on property in the 83700blk of Raintree St. near Pleasant Hill.  OLCC had responded to the location for a site inspection of a permitted growing operation and noted the BHO lab, as well as marijuana and products outside of the permitted site.

Detectives from LCSO and OSP responded to the location and contacted the owner/permittee. Investigators applied for and were granted a search warrant executed by detectives and DEA personnel.

Two labs were located on the property.  One inside the residential garage and another was under a covered section outside the garage.  The indoor lab was active and butane vapor was actively venting from a vessel inside the garage.    This odorless vapor is highly volatile and creates a substantial danger of fire and explosion.

The garage and residence were evacuated and guarded overnight to allow the butane in the air to dissipate.  Members of OSP and DEA clandestine lab teams arrived the morning of 10-18-2022 and rendered the illegal labs safe.  LCSO seized portions of the lab equipment.  Hundreds of pounds of marijuana in various states of processing, including 533 plants, were destroyed and commercial amounts of BHO, firearms and currency were seized.

LCSO and OSP were assisted on scene by the DEA, Douglas County Interagency Team (DINT), and Pleasant Hill / Goshen Fire department.  The case will be referred to the Lane County District Attorney’s Office for charges.  Lane County Code Compliance and the State Watermaster will follow up on numerous violations found at the site.

This week the Lane County Sheriff’s Office and Mohawk Valley Rural Fire Department will be hosting the Every 15 Minutes program at Mohawk High School.

challenges teens to think before drinking and operating any type of motor vehicle, riding in one after the operator has been drinking, or engaging in activities that cause them to become distracted such as cell phone usage. It also focuses on the impacts those decisions have on family, friends, and the people you leave behind when someone is killed as a result of an alcohol or distracted driving related crash.

Scheduled activities include student education and awareness, a mock crash scene, and school-wide assembly including a guest speaker.

Videographer Michael Sherman of @SpringFedMedia created the linked video during the 2019 Every 15 Minutes program hosted at Elmira High School.

Just prior to 9:00pm last night, deputies responded with fire personnel to the report of a house fire in the 36000blk of Stacey-Gateway Rd. in Pleasant Hill.  Much of the house had burned before the fire could be contained.

A single deceased person was located inside.  Although not officially identified at this point, authorities believe that the deceased is likely the 86 year old male resident.

The cause of the fire remains under investigation.  Additional details will be released when available.

The Lane County Sheriff’s Office is advising the public of a water obstruction on the McKenzie River approximately 2.2 miles downstream from Paradise Campground.  This is near milepost 52 on the McKenzie Hwy.

Due to a tree down across the river, the channel is completely blocked and  not safely navigable.

For the most current information on water obstructions and safety tips, please review the information provided by the Oregon State Marine Board at www.oregon.gov/osmb 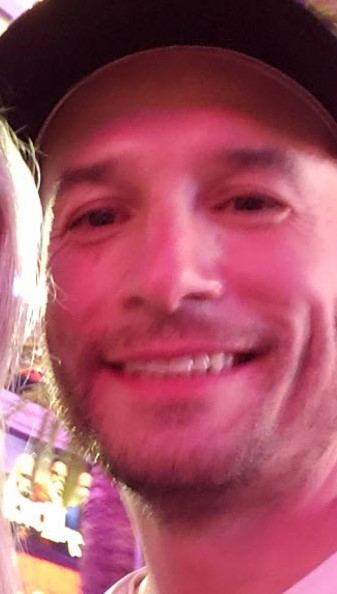