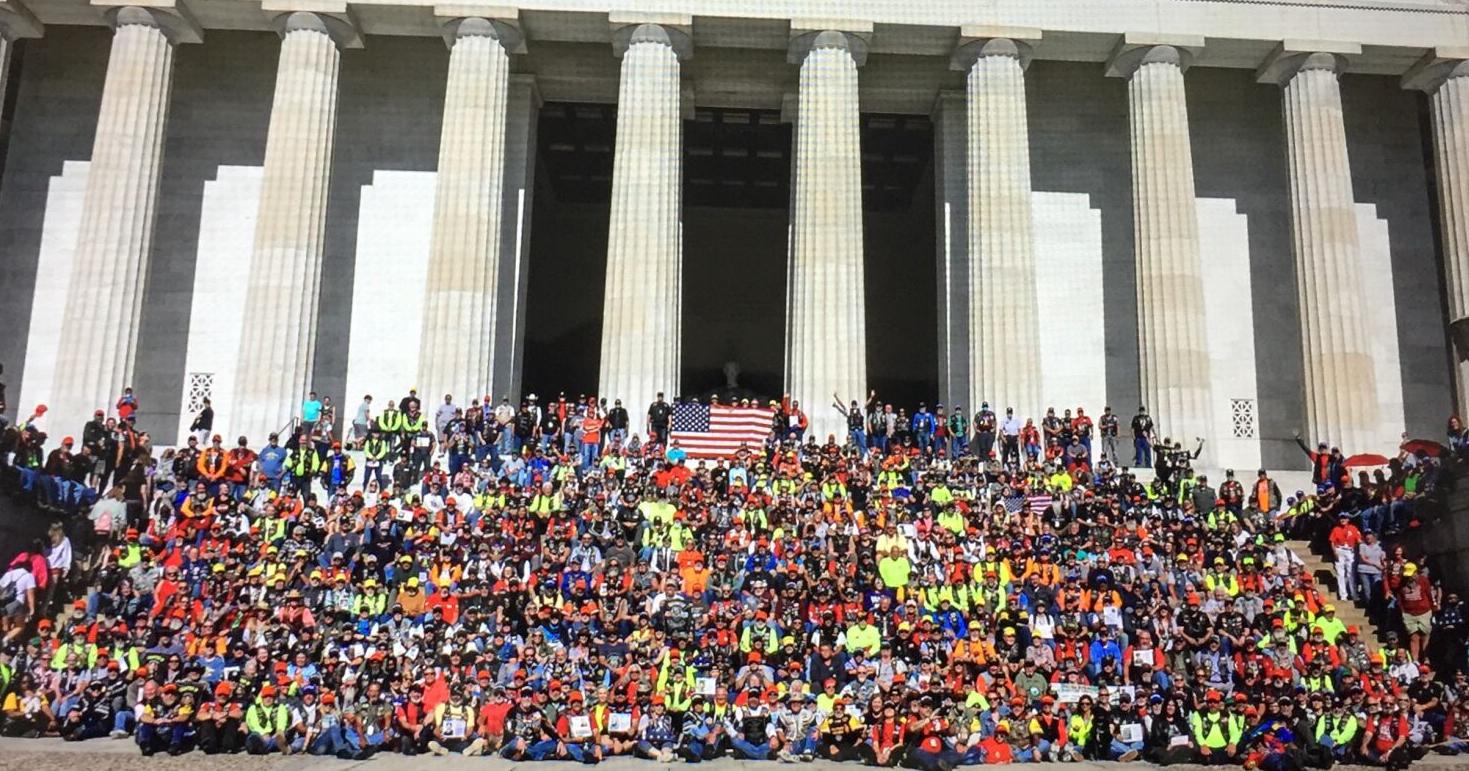 PENDLETON — Spencer Royer 73, of Pendleton, participated in the Memorial Day Run for the Wall mass motorcycle rally from California to Washington, D.C.

The organization’s motto is “We ride for those who can’t” and claims to be the largest and oldest cross-country motorcycle run of its kind in the world.

Royer left on May 9 for St. George, Utah, with three buddies. There he found his Honda needed new tires. This year’s ride offered four routes, and he caught up with the Central Route group at Williams, Arizona.

“There were about 2,000 bikes in our group,” Royer said. “We were organized by twos in 10 platoons. I was in platoon No. 1. Each bike was 1 second behind the one in front. Our group was 3 miles long.”

Other routes converging on D.C. were the Midway, and Southern. This year’s ride added a fourth route, according to the organization’s website. The inaugural Sandbox Route started in Washington, D.C., and ended at the Middle East Conflicts Wall in Marseilles, Illinois.

Overnight stops on the Central Route were in New Mexico, Colorado, Kansas, Missouri, Indiana and West Virginia. Royer’s and the other groups arrived the night of May 28.

The thousands of riders gathered at the Lincoln Memorial for photos the morning of May 29. Then, at the Vietnam Veterans Memorial, each rider had a name on the Wall to commemorate.

“Mine was Robert J. Sullivan,” Royer said. “I set his picture under his name on the Wall. The ride was over. We did our mission. We dispersed on our own.”

Sgt. 1st Class Robert Joseph Sullivan entered the U.S. Army from New Hampshire. He served in the Command and Control Detachment of 5th Special Forces Group. On July 12, 1967, he was killed in Savannakhet Province, Laos, when this patrol came under attack. His body could not be recovered at the time of loss. He remains unaccounted for.

Subsequent to the incident, and while carried as missing in action, the U.S. Army promoted him to the rank of master sergeant. Today, MSG Sullivan is memorialized on the Courts of the Missing at the National Memorial Cemetery of the Pacific.